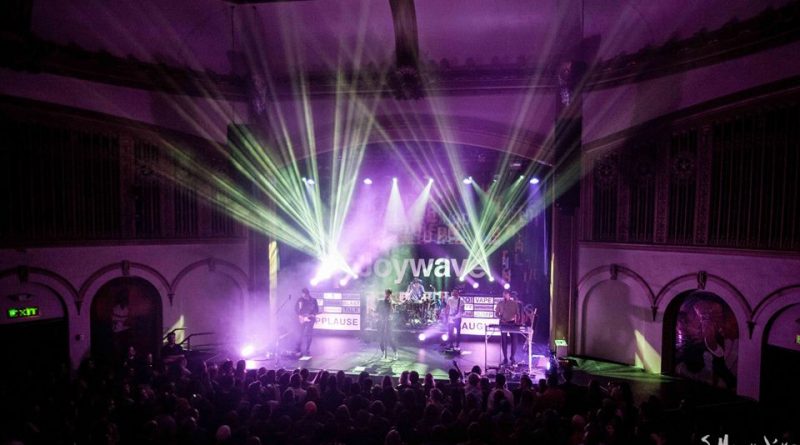 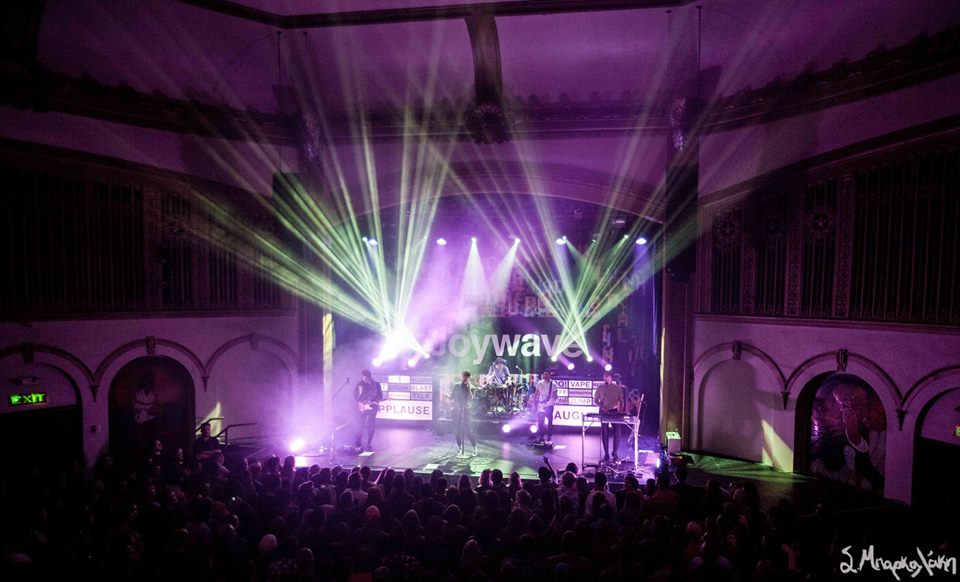 We were thrilled earlier this year when two of the best live bands around announced a joined tour called: An evening with Sir Sly and Joywave. After months of anticipation, the moment was finally here. It was a little surprising that we were going to get so much in a single night since both of these bands could easily host separate headlining tours alone. We were not going to complain about it though and if anything it would be very interesting to check out how this dynamic would unravel in one night. It’s always a fun time when fans get to see two bands in one night co-headline and this one sold out quickly.

The show at Neptune Theatre kicked off with an up and coming artist that we really wanted to check out this year. Donna Missal has been on our radar for a while and we finally had the chance to see her perform live supporting her debut record, This Time. From the moment she started her set with “Girl” she turned heads and quickly grabbed everyone’s attention. Her voice and laidback style made it feel very personal and easy to relate to her words. This is someone to watch for in the future as we’re sure she’ll be back soon for her own show. 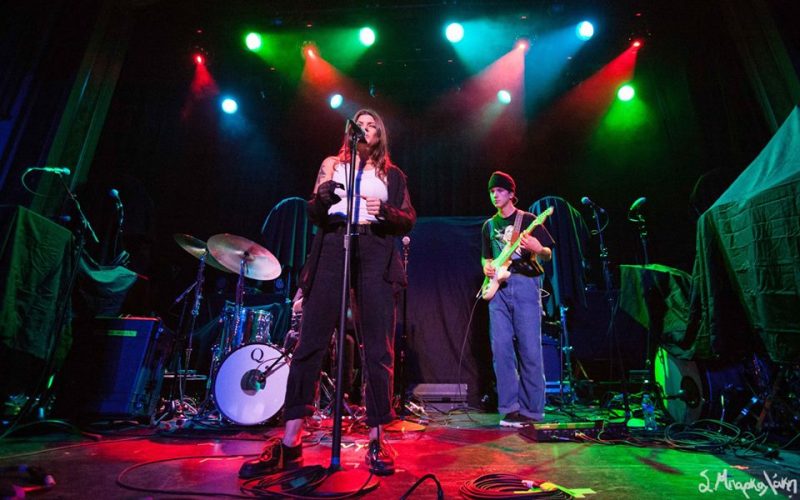 Next up was Sir Sly who we haven’t seen in Seattle since they opened for K.Flay back in January. The stage was still set up with a large brain in the middle which also served as a lighting display throughout the night. The trio which formed in the aftermath of singer’s Landon Jacobs divorce and mother’s death, showed us why they keep rising to the top. It is easy to relate to them and Jacobs words are always inspiring as he speaks with honesty and compassion.

We heard one of our favorites, “Gold,” early on and the words “I hope you find your dream,” still feel as emotional as they did the first time we heard the track years ago. It’s something that grabs you and reminds you that even though something has ended you could still wish the best for someone’s future when it didn’t work out between you two. The first record is filled with intense emotions of loss and finding ways to cope with the pain. 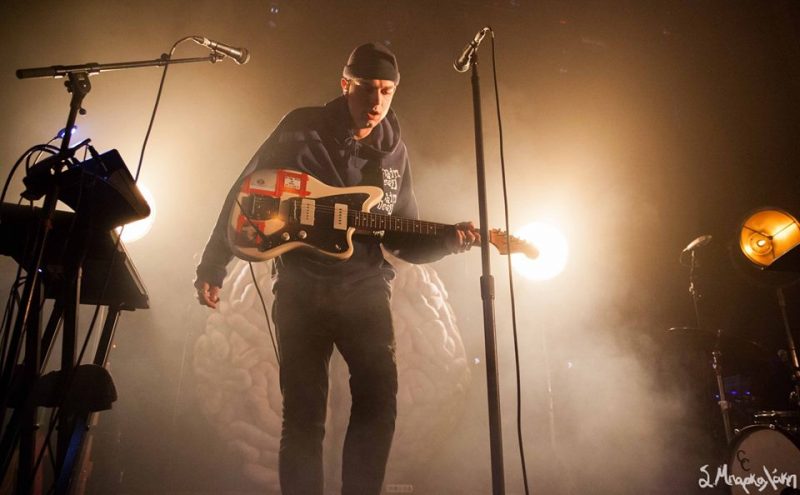 Jacobs took a moment and spoke to the audience about the state he was in when he was writing about his feelings and how hard that time was for him. He thanked bandmates Hayden Coplen and Jason Suwito, for always standing by him and how it guided him to find so much purpose through music. We’re happy he did because we all feel it when he is standing in front of us performing. There was a lot of energy in their set and highlights were “&Run,” “High,” and “Ghost.”

The NY-based band was next and we were thrilled to feel that special Joywave. There was a lot of room on stage as frontman Daniel Armbruster likes to constantly move around when he sings. There was a large banner in the background with the band’s name and two boxes that displayed a bunch of different words that lit up during their set to encourage audience participation. They started the show with “Blastoff” and it felt exactly as we were going through one. 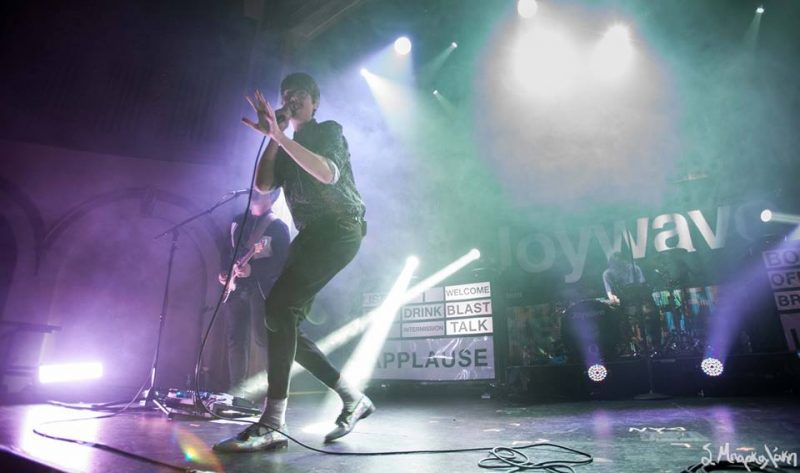 The band always offers an incredible amount of energy at their live performances and it’s inevitable to start moving around. It’s probably why you came to their show in the first place, so that is exactly what you should be doing! Armbruster spoke a few times, mostly cracking sarcastic jokes, including that the show was sold out immediately through bots and then actually being sold out by humans later on. It really was sold out though and fans enjoyed every moment of it dancing their Friday night away as they should’ve been.

There was a lot happening in the room with impressive lights and the band’s contagious energy, making it one of the best shows in the last few months. We really enjoyed the co-headliners and felt that it was a great combo of music and passion. Dancing to hit “Tongues,” and ending with “Destruction,” was something great to be a part of. If you see these guys coming through your town you must make it to their show, you will not regret it. 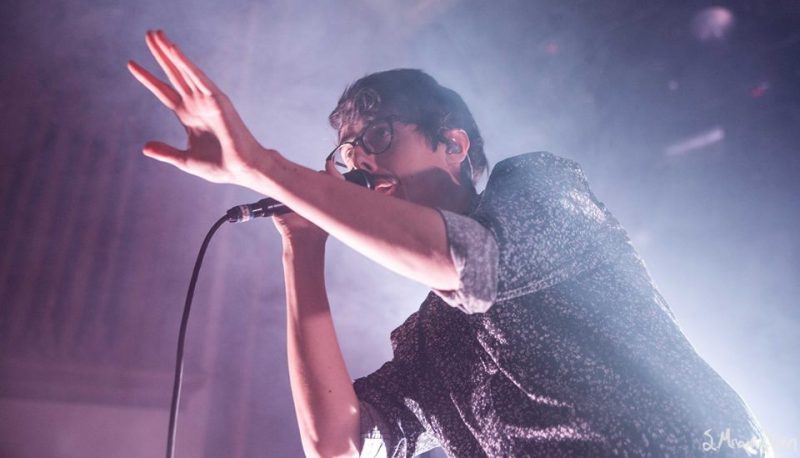