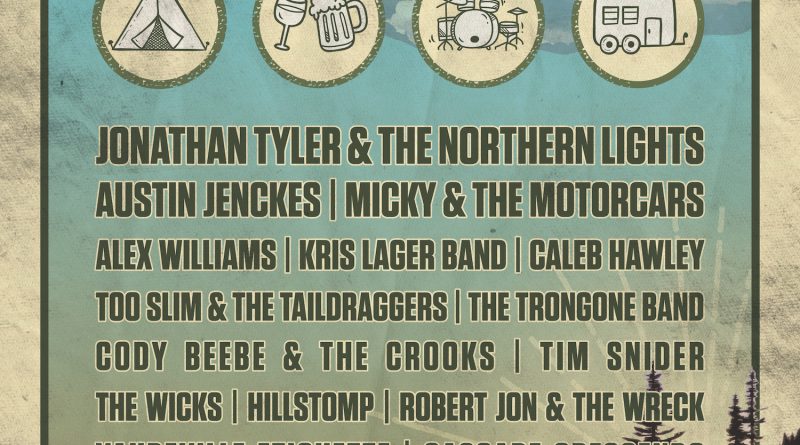 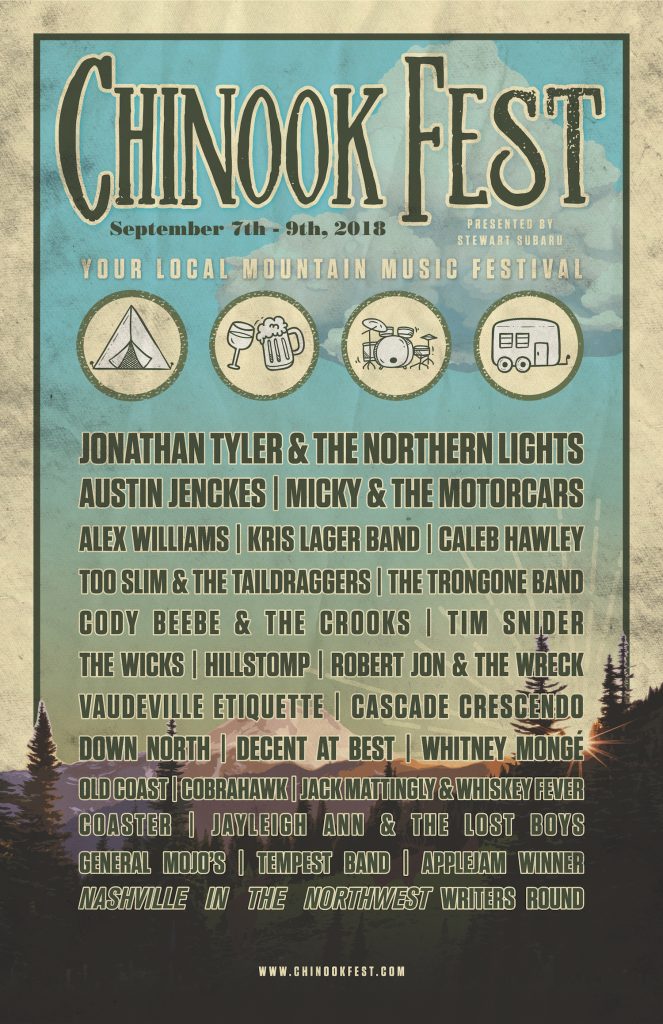 Chinook Fest, presented by Stewart Subaru, has announced the lineup for their seventh annual festival, which will take place the weekend of September 7-9, 2018 at Jim Sprick Community Park. Discounted weekend passes ($95 until June 1st), VIP passes ($200) and various camping options ($100 – $500) are currently on sale at www.chinookfest.com/tickets. Day passes will go on sale June 1st.

Chinook Fest is a three-day music festival located just outside of Yakima at the base of the Central Washington Cascades, along the Naches River. The festival features music, camping, local craft beer, cider, wine, food and artisans. The genre of music is always a range between roots-rock, funk, Americana, country and folk.

Per usual, the team at Chinook Fest takes great care in bringing notable acts from around the country to the intimate setting at the base of the Central Washington Cascades (see complete list below). The goal is always to bring local, regional and national acts to the enthusiastic and welcoming fans that encompass the self-proclaimed Chinook Fest Family. This year bands and musicians will travel from Nashville, New York, Dallas, Austin, California, Oregon and within the state of Washington to grace the two festival stages.