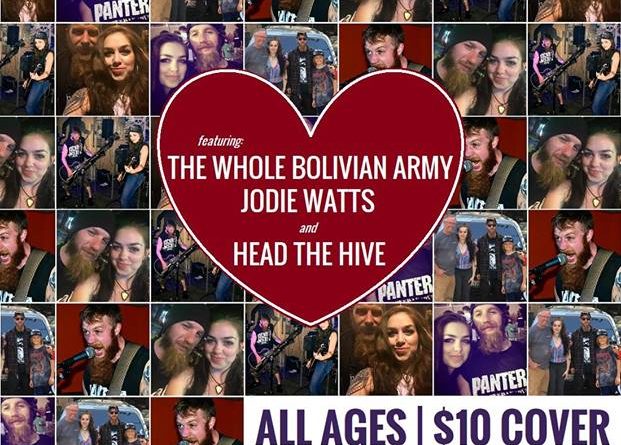 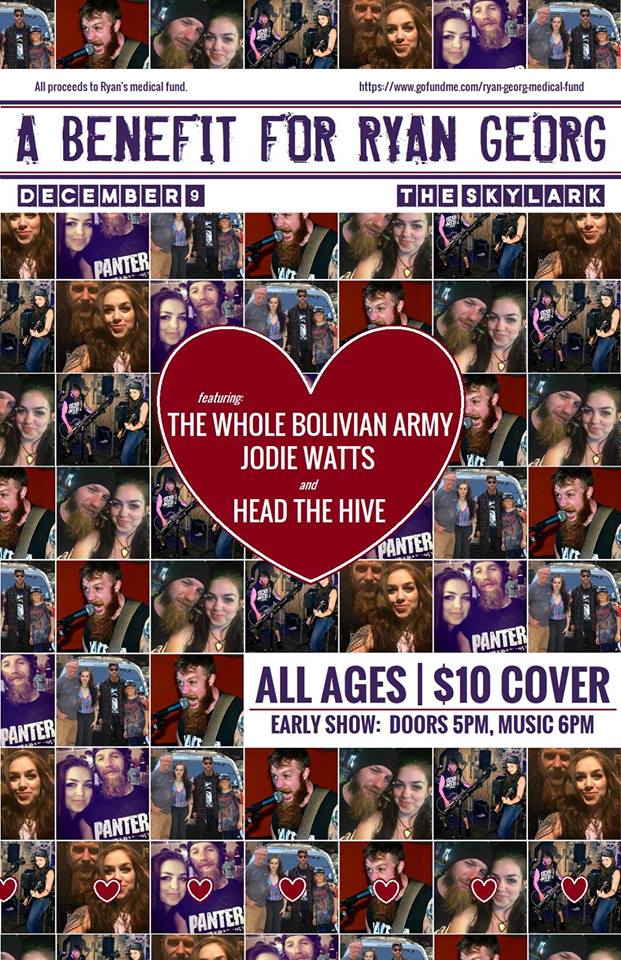 A Benefit for Ryan Georg will be held Sunday, Dec. 9 at the Skylark in West Seattle. Doors open for the all-ages show at 5:00 p.m., with music starting at 6:00 p.m.

Ryan, the lead singer and guitarist of Olympia heavy metal band Saint Helen, was assaulted on Nov. 15 after leaving a show at a popular Seattle nightclub. He was taken to Harborview Medical Center, where he spent a week recuperating from life-threatening injuries. Doctors have told Ryan that his recovery will be a long and arduous one. At the moment, he has begun speech therapy to relearn how to speak. Please donate to the GoFundMe campaign to help with Ryan’s mounting bills. Donate HERE.

Saint Helen was originally slated to open the Dec. 9 show at the Skylark. The two other bands on the bill, The Whole Bolivian Army and Jodie Watts, agreed to turn the show into a benefit. All proceeds will be donated to Ryan’s medical fund. The Whole Bolivian Army, formerly of Seattle and now in Tacoma, plays co-ed indie rock. Jodie Watts, from Seattle, is known for its rowdy garage rock. A new opener was found in Head the Hive, a hard rock band from Portland, OR.