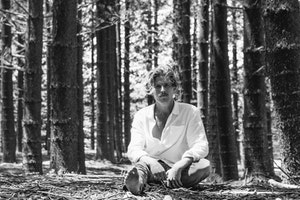 Aussie Ziggy Alberts is an independent singer/songwriter, free-surfer & environmental enthusiast from the East Coast of Australia. He will release his new album Laps Around The Sun on November 9th. In support of this album, Ziggy will be making stops in Seattle, Portland, and Vancouver, including September 8th at Barboza. Click here for tour and ticket information.

Picking up a guitar in 2011, Laps Around The Sun – upcoming album – will be Ziggy’s 5th record, following Feels Like Home (2012), Made of Water (2013), Land & Sea (2014) and Four Feet in the Forest EP (2016). Pushing the boundaries and expectations of self-funded independent artists, Ziggy continues to share his music around the world with his dedicated grassroots following. He sings heartfelt stories of personal endeavours and experiences, ocean-side upbringing, environmental issues and life on the road. Working closely with his small family team, Ziggy founded his independent label, Commonfolk Records in March 2018.