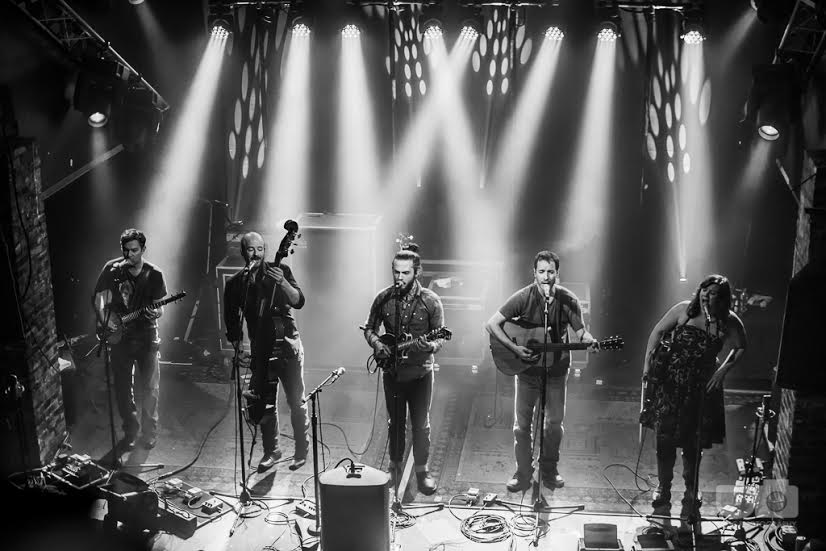 Following their performance at last year’s Summer Meltdown Festival in Darrington, Washington, as well as their annual performance at last year’s Northwest String Summit, revered bluegrass boundary-pushers Yonder Mountain String Band will be bringing their critically-beloved live show back to Washington, where they will be playing the Showbox on Thursday, March 23rd. Lauded by fans and critics alike — even those whose tastes wouldn’t normally align with bluegrass or jam band music, among the many other influences that make up YMSB — the Colorado-born collective has never been afraid to play entirely by their own rules, making them one of the most exciting bands of their kind.

Though it’s been around a year and a half since the release of YMSB’s last full-length studio album, Black Sheep, they’ve kept themselves busy with a myriad of tour dates, including two end-of-year performances at the prestigious Boulder Theatre in the band’s home state. In the live setting, the band is known to bust out covers of songs spanning various styles and time periods, and recreating them in their signature progressive style. Everyone from Pink Floyd to Talking Heads to Neutral Milk Hotel has been given the Yonder Mountain String Band treatment in past live performances, adding to the delectable unpredictability of the band. Reviewing the first of their two performances at the 2016 Northwest String Summit, we positively regarded YMSB for being, “as bluegrass as a bottle of a moonshine, but that doesn’t mean they can’t experiment.”

Tickets to the show will be going on sale starting the morning of January 6th. In the meantime, you can find out more details about the event here.