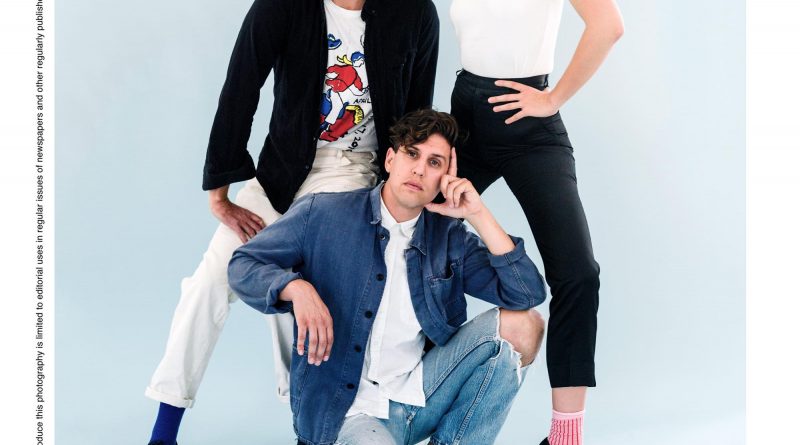 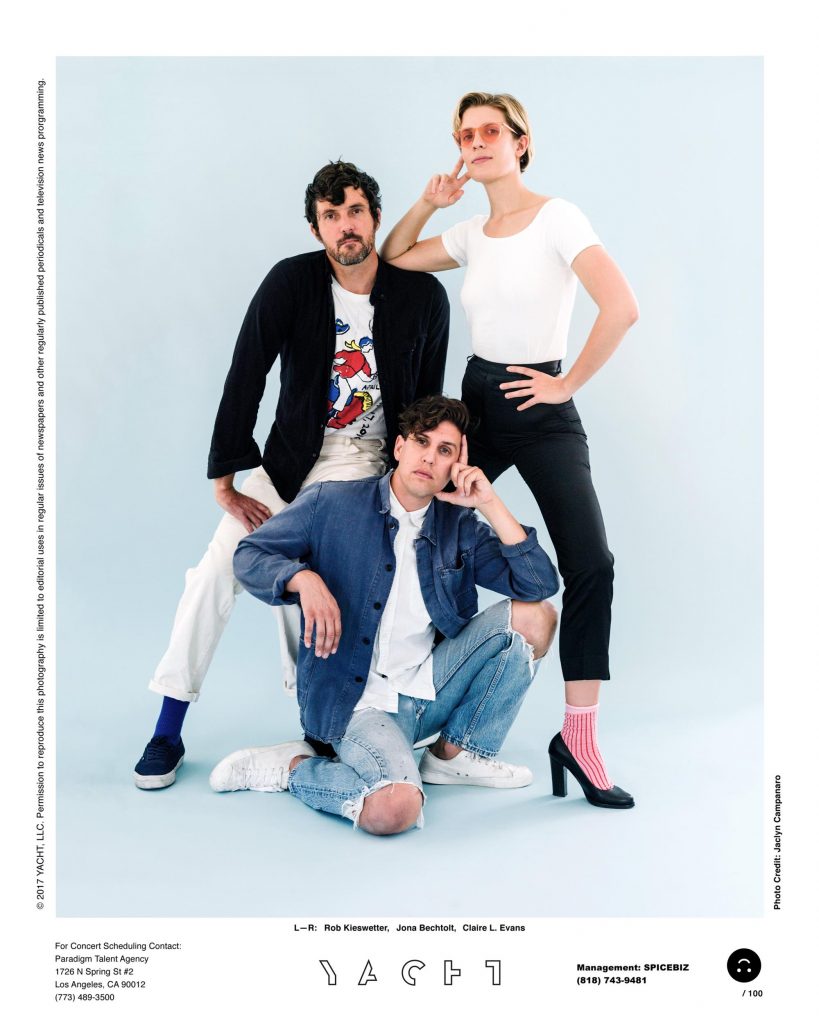 Portland pop music eccentrics YACHT will be bringing their brash, unapologetic brand of indie-leaning synthpop to Barboza in Seattle on February 3rd, touring in support of their brand new EP, November 2017’s Strawberry Moon, a brand new five-song EP of white-hot synth goodness. Strawberry Moon is the first piece of new music we’ve seen from the trio since their 2015 full-length record I Thought the Future Would Be Cooler.

YACHT began as the solo project of Jona Bechtolt, a musician and multimedia artist  and transformed into a duo with the addition of writer Claire L. Evans, who joined the band with the critically-acclaimed See Mystery Lights, named “Best New Music” by Pitchfork and a “Critic’s Choice” by the New York Times in 2009. Their 2015 album I Thought the Future Would Be Cooler was nominated for two Webby Awards. At the end of 2016, YACHT temporarily imploded. After a silence, they have returned with the EP Strawberry Moon, a pop polemic about online culture, animal rights, and the deep loneliness of failure.

Tickets to the event are priced at $15.00, and can be purchased via Ticketfly.