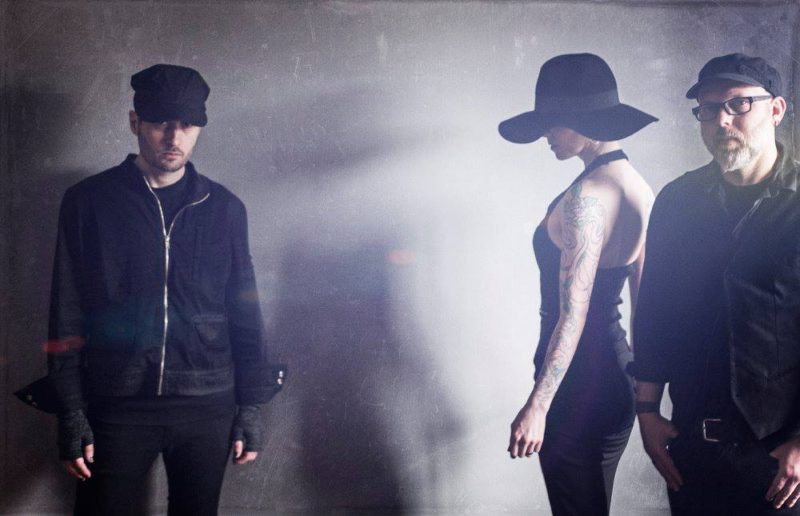 Of all the micro-scenes spread throughout the Pacific Northwest, the Portland electronic music scene is one of the most adventurous not just in the northwest, but in the world in general. There are so many creative groups and solo artists experimenting with so many different sounds and mixes of influences right now, it makes our collective heads spin. Among this ambitious music scene, one of the best currently on the market is the trio We Are Parasols. Putting their collective heads together to create an extremely bold and textured sound influenced not only by 80′s darkwave music, but also by electronically-tinged shoegaze music and dream pop, We Are Parasols are one of the best (and, sadly, one of the most overlooked) electronic-rock bands out there.

Released just last month, We Are Parasols’ album Infrastructure was the band’s first ever album under the name We Are Parasols, after the dissolution of their spiritual predecessor band, called simply Parasols. Infrastructure is a singular record, one that clearly came from a passionate group of individuals with an attentive ear for sound-craft. It isn’t often a debut record is as potent and fully realized as Infrastructure is, let alone as well-written as this album is. Three singles have been released off this record so far, the last of which being “Pollution (To the Sea).” The single was recently put to a music video, which we’re excited to be debuting to the world this morning.

Directed and edited by prolific group member Jeremy Wilkins, the music video for “Pollution (To the Sea)” captures the spirit of the song perfectly, with soft focus shots, colorful imagery, low-opacity shots of the band overlaid other images, and lots of eye-popping effects matching the cacophony and hazy nature of “Pollution” to a tee. It’s a simple music video that isn’t bogged down by unnecessary non-musical scenes or a grandiose premise or story, it’s just a series of really intoxicating visuals meant to set the mood for the bizarrely alluring and engrossing music.

Watch the music video for “Pollution (To the Sea)” below, and read our review of We Are Parasols’ Infrastructure here.