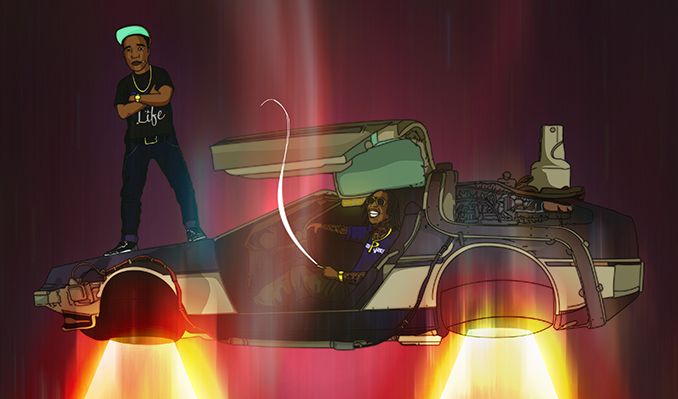 Multi-platinum selling, Grammy and Golden Globe nominated recording artist Wiz Khalifa burst onto the scene with mainstream success with the release of his first major label debut, Rolling Papers‎ in 2011. ‎Rolling Papers spawned the hugely successful hits “Black and Yellow,” “Roll Up” and “No Sleep” and gave Wiz the platform to win the award for Best New Artist at the 2011 BET Awards and Top New Artist at the 2012 Billboard Music Awards. His sophomore studio album, Blacc Hollywood, ‎debuted at #1 on Billboard’s Top 200 album chart and featured the hit single “We Dem Boyz.”

New Orleans rapper and Hip-Hop connoisseur Curren$y thrives on making music on his own terms. With his “Jet Life” mantra about living life to the fullest, the savvy rhyme spitter (why do you think they call him ‘Spitta?’) is focused on a lyrical devotion to the truth and authenticity. It’s because of this ethos that the man born Shante Anthony Franklin has transcended any regional rap stereotypes to become a favorite of bloggers, critics, fans and everyone in between. Now aligned with Warner Bros., the plan is to let Spitta be himself, but have even more people get acquainted with the Jet (Just Enjoy This Sh*t) Life. Inspired by a litany of Hip-Hop heavyweights (“You’re putting your voice on top of some shit, you gotta say something.”) including Slick Rick, Snoop Dogg, Camp Lo, DJ Quick, A Tribe Called Quest, OutKast and 8Ball & MJG, by 2002 the young Curren$y took his talents to Master P.

Tickets to their forthcoming Showbox performance can be found here.