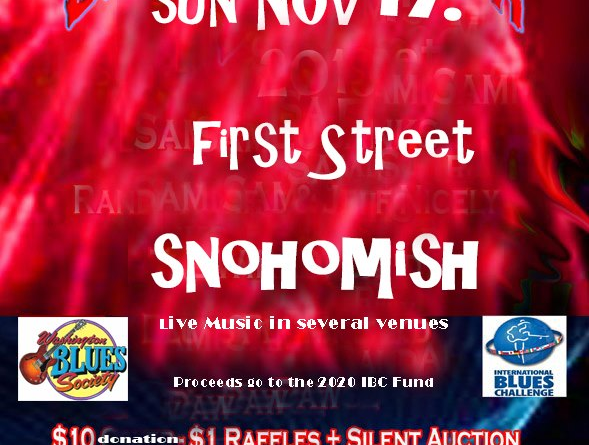 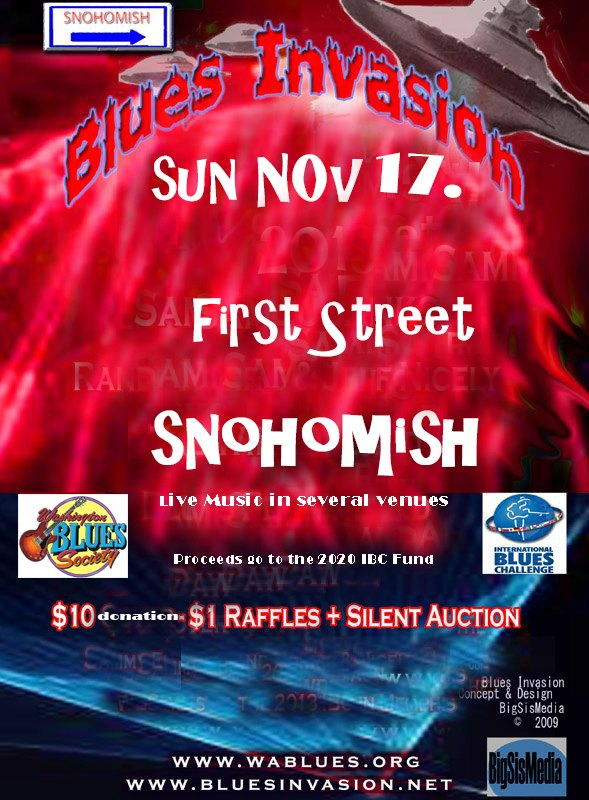 A Suggested $10 donation will be taken at the door, but we will turn no one away as the public is welcome to attend.

All the proceeds go to the IBC Fund to send our entrants to compete against over 200 acts on historic Beale Street in Memphis TN at the 2020 International Blues Challenge held January 28 to February 2, 2020. This year’s entrants are The CD Woodbury Band and the Blue Moon Marquee duo.

Historic First street will be filled with music from full bands, small groups and solo acts all day.

Join the fun event that was the Winner of 2017 “Best of the Blues,” award for the” Best Non-festival event.” Once again, The Oxford Saloon*, Stewart’s and Piccadilly Circus Pub* will host full bands and the smaller venues Grilla Bites* and Looking Glass Coffee* shop will host acoustic acts. An FYI to parents Stewarts is a 21 over club, the others (*) are open to all ages.

Go to WABlues.org for more details and full lineup of scheduled performers.