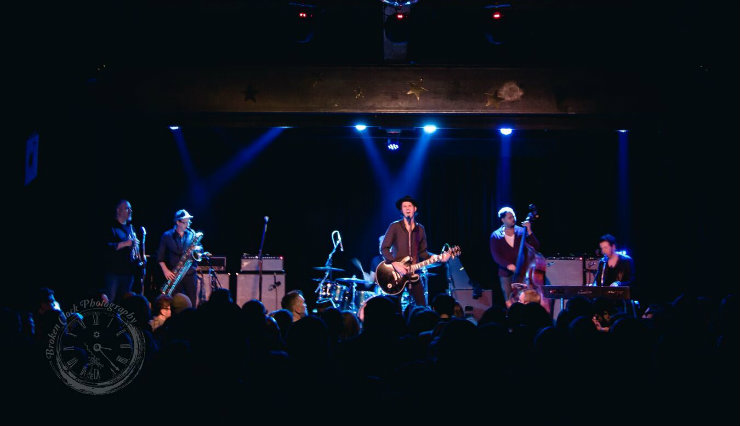 SOLD OUT! This show was the hot ticket in Seattle over the last week. The recent release of the second album was also the talk of local music social media posts with lots of fingers crossing for a show, or two or three.  Walking Papers hasn’t played Seattle for a few years in its traditional form. members Jefferson Angell (vocals), Barrett Martin (drums), Ben Anderson (keys), and a pretty busy Seattle bass player named Duff McKagan. WP had us a little spoiled for a bit with this true supergroup playing more than you’d expect for a crew that is just trying to be in the same town on the same day. We had to just be patient for these new songs and we now we have two great albums. Angell is dynamic as a front man, and tells stories that create a visual bonus. His style is both gritty and raw but it’s warm and subtle and the musicianship builds on all of that with the same traits of professional character. This band is so on that it appears effortless. Each member bringing their own unique creativity and basically…. they fucking rock! Saturday night we were treated to a filled line up with the add of brass and an upright bass. Before the show, there were so many “looking for a single” posts plastered over the event discussion pages online that a second show was added for February 3rd, also at The Crocodile. This time with another local favorite, Stereo Embers, opening! If you missed the first show do yourself a favor and please do not miss the next. At showtime Saturday tickets were flying around to eager hands and the venue filled early packed with excited peers, fans, and a wall full of lenses ready to shoot the energy that is Walking Papers, there’s little doubt next week will be the same way, full and a damn good show.

In addition to the Walking Papers, we were treated to solid opener Vaudeville Etiquette.  Vaudeville Etiquette leans heavily toward an alt-country vibe and provided a contrast to WP’s blues-fueled rock but the commonality was shown in two sets of solidly played music.  They are super fun to shoot and the polished act features Bradley Laina, Tayler Lynn, Matt Teske, Bryce Gourley and Dune Butler. This outfit has a Northwest brewed look of South By Southwest and weave their own stories of hotel room adventures and desire, most evident on their most recent release put out in 2016 and available via a hotel key (seriously look).

All that energy from Vaudeville Etiquette was a perfect build to the much anticipated entrance of Walking Papers and Jefferson Angell! The Crocodile was packed and gave a full volume welcome to an old friend.  Other than his project with Ben Anderson “Staticland” any stage sightings of the man referred to as the Bee Charmer over the last few years have been more scarce and this crowd was ready for his return. His frontman style is playful and provides energy that is larger than life.  He also can sling a mic and charm a guitar while simultaneously singing to the back of the room.  Walking Papers treated us to a formal introduction to their new album, WP2, released last week.  The songs are just as rock, and just as charming as the band is.  Ben Anderson and Angell clearly enjoy making music together and Ben is an anchor of talent on the keys. Barrett Martin on drums is essentially a rhythm master and amazing to watch.  He’s like Mozart behind the kit and is a rock composer. With Duff unavailable, WP gave us a brass section and upright bass to round out the live debut of the new songs from the new album. It was a set of old and new favorite songs like “Whole World’s Watching” and “My Luck Pushed Back.” It provided the need for me to shoot, rock, shoot. 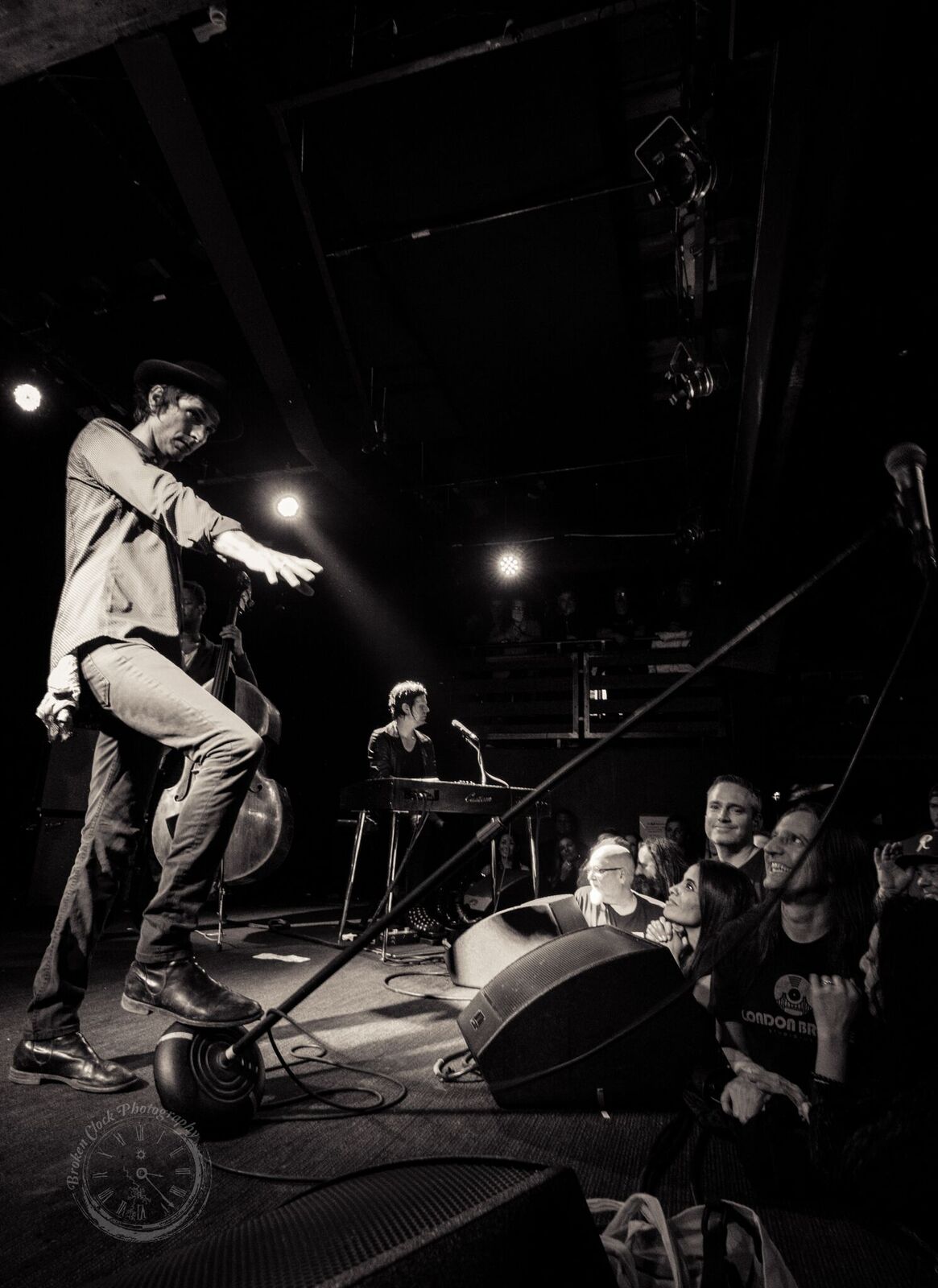 Magnetic and full of adventure, it’s common to see Jeff hop into the crowd, weaving a line to sing to those in the middle. On Saturday he didn’t  throw on a guitar until the end which was both a bummer but also added to his ability to work the room. He demonstrated Rock Parkour and balanced himself right on down the side rail counter that extends out from stage left. Working his way back to our side I had a moment of questionable judgement or opportunity depending how you look at it that involved a quick calculation of the distance and trajectory while a mic was headed toward my lens. I breathed and thought ‘He’s a professional” all while hoping to get the shot of an incoming mic.. It’s moments like that why I love rock photography and sharing good music with others.

Walking Papers  once again reminded us what a rock show is, not another way to say it.  I hope to see them next week and more to come but am happy for new tunes and look forward to new adventures in WP fan land.  Order the new album from Pledgemusic and get down to the Crocodile again next week for the sequel, because these guys can, and do, regularly raise the bar on rock.

Check out more photos of the show from Broken Clock Photography HERE.