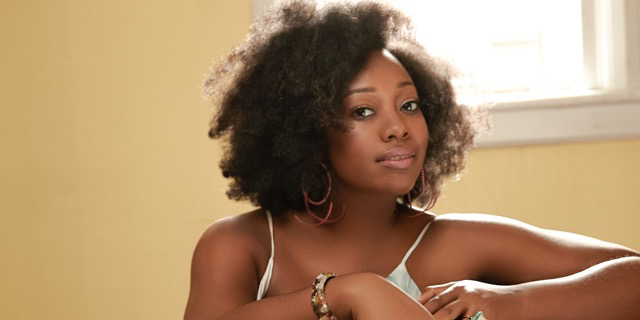 Praised by the New York Times as “a singer with a strong and luscious tone and an amiably regal presence on stage”, Alicia Olatuja has been astounding audiences with her exquisite vocals, artistic versatility and captivating demeanor. She first came into the national spotlight in 2013, whilst performing as the featured soloist with the Brooklyn Tabernacle Choir at President Barack Obama’s Second Inauguration. Shortly thereafter, she assembled her own jazz based ensemble and recorded her first solo album, Timeless (2014).

Now focusing on the rich contributions of a diverse selection of female composers, Alicia is set to release her sophomore album, Intuition: From the Minds of Women in 2019 on the Resilience Music Alliance label. The album celebrates the achievements of a long list of esteemed female composers, while offering a musical perspective unique to Olatuja. She is joined by Kamau Kenyatta and Ulysses Owens Jr. as producers and the material includes songs of Brenda Russell, Sade, Tracy Chapman, Kate Bush, Angela Bofill and Linda Creed.

Originally from St. Louis, Missouri, Alicia grew up immersed in a wide range of musical styles, including gospel, soul, jazz and classical. These influences have informed her artistic journey and she later graduated with a Masters degree in Classical Voice/Opera from the Manhattan School of Music. After appearing in numerous operatic and musical theater productions she started to perform more regularly in gospel and jazz concerts and worked with such esteemed artists as Chaka Khan, BeBe Winans and Christian McBride.

In 2014, Alicia came to the attention of the acclaimed composer/arranger/pianist Billy Childs, and was brought on to be part of the touring incarnation of “Map to the Treasure: Reimagining Laura Nyro” alongside vocalist Becca Stevens. Her voice has also entranced the legendary Hammond B3 organist Dr. Lonnie Smith, who has invited her to join his band on multiple concerts, including the Charlie Parker Festival, the BRIC JazzFest, Montreal Jazz Festival and others. Additionally, Alicia is one of three featured vocalists on the Jazz at Lincoln Center commissioned project Songs of Freedom, joining Theo Bleckmann and Dee Bridgwater with music director Ulysses Owens Jr. in exploring the works of Joni Mitchell, Nina Simone, and Abbey Lincoln. The project continues to tour with Alicia and Theo Bleckmann with René Marie and Joanna Majoko alternating the third vocal chair.

Tickets for the Jazz alley show are available HERE.