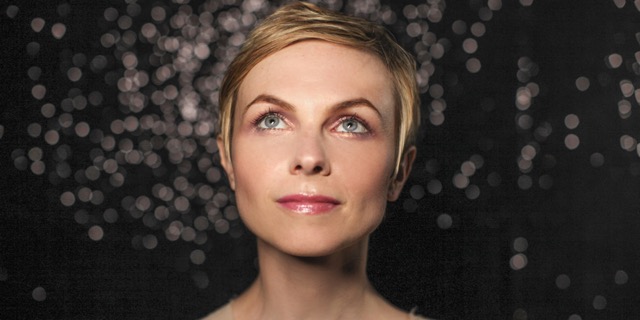 The Pacific Jazz Institute at Dimitriou’s Jazz Alley welcomes the debut of vintage pop singer Kat Edmonson for two nights! Show times Tuesday and Wednesday at 7:30pm. Doors open at 6:00pm each night. Singer-songwriter Kat Edmonson is back with Old Fashioned Gal, an album that really couldn’t be called anything else. Purchase tickets HERE.

Rich in affection for the past but bracingly alive in the present, the 11 original songs on Old Fashioned Gal tell a story––actually, a classic Hollywood “movie” that took shape in Edmonson’s imagination as she began to write them. These songs have all the feeling and the craft, even the entertaining bounce, of the Great American Songbook, from Irving Berlin to Joni Mitchell but they are unmistakably Kat Edmonson’s songs, taking the full measure of her own voice, literally and figuratively. The inimitable voice in which she sings is a musical prism, crystalline and precise, refracting and transforming what shines through it. The voice in which she writes is clear, intensely aware and to the point––an “old fashioned gal” in the here and now.

Edmonson describes her process, “The main ingredients I used to make this record were piano, bass, guitar, and drums; however, there is a 13-piece string orchestra on the album as well as background vocals, horns, woodwind instruments, vibes and other percussion, organ, celesta, harp, ukulele…even a saw!  I was trying to achieve the lushness of an MGM musical. In “Canoe,” my lyrics talk about mosquitos and katydids around a lake so, for that song, I went outside one evening and recorded the ambient sounds of insects and frogs. THAT was really fun!”

In little more than a decade, Kat Edmonson has emerged as one of the most distinctive performers in contemporary American music. The Texas native forged her sound performing in small rooms and clubs, then touring worldwide and performing with the likes of Lyle Lovett, Chris Isaak, Jamie Cullum and Gary Clark Jr. Her three previous albums revealed a singer discovering, in her own songs, a repertoire only she could imagine.

The “movie” that drives Old Fashioned Gal took shape while Kat Edmonson––at a pivotal point in her young career –– was fighting a bitter cold in a Brooklyn apartment during the winter of 2016.

“I was sick in bed for days watching old films on Turner Classic Movies and, eventually, I got inspired and began to write,” she says. “I would watch one movie and then stop to work on a song and then turn on another movie … I wrote the majority of the album this way. At some point in this process, I started imagining scenes for a film that corresponded with my music and I envisioned my songs being sung by these certain characters –– a young man who was a songwriter, a young woman who was a singer, and an older gentleman who was a Broadway producer –– and I ended up writing an entire outline for a musical.”