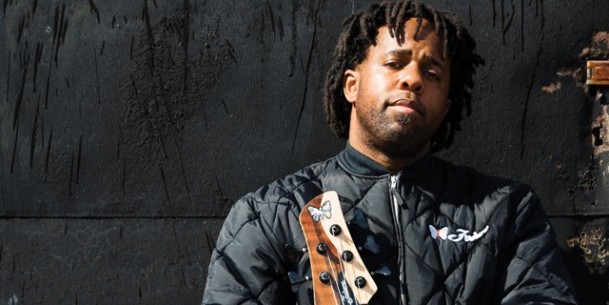 Victor Wooten is an American bass player, composer, author, producer, and recipient of five Grammy Awards.  Wooten has won the “Bass Player of the Year” award from Bass Player magazine three times in a row, and was the first person to win the award more than once.  In 2011, he was named #10 in the “Top 10 Bassists of All Time” by Rolling Stone.  In addition to a solo career and collaborations with various artists, Wooten has been the bassist for Béla Fleck and the Flecktones since the group’s formation in 1988.  In 2008, Wooten joined Stanley Clarke and Marcus Miller to record an album. The trio of bassists, under the name SMV, released Thunder in August 2008. Wooten has also written a novel titled The Music Lesson: A Spiritual Search for Growth Through Music.

Victor has been heralded as “the Michael Jordan of the bass” and “one of the most fearless musicians on the planet . Wooten uses one of the most unique techniques ever devised in the electric bass guitar’s short history. He visualizes his thumb as a pick and through a series of rapid-fire up-and-down strokes, uses it to punch out amazingly intricate and eloquent sounds. The method enables him to perform solo on his bass with impressive flexibility, subtlety, warmth, and lyricism.  Whether it’s classical music, jazz standards, funk workouts or quiet, folksy pieces, Wooten is able to deliver on his instrument. www.victorwooten.com

Wooten is currently playing in a duet with drummer J.D. Blair, who has worked with an impressive list of country and pop musicians. Many of the songs from their set came from Wooten’s solo albums featuring Blair, such as the 1997 disc “What Did He Say.” The two are a natural fit, with Victor layering the melodies and funky bass lines over J.D.’s solid rhythmic foundation. As good as they are together, the two also know how to get out of each others way, creating a dynamic performance that weaves between solos and group improvisation. Victor seems intent on disproving the conventional wisdom that a bassist and a drummer cannot maintain an audience’s interest for an hour and a half. Victor Wooten and J.D. Blair are a sight, or perhaps a sound, to behold.