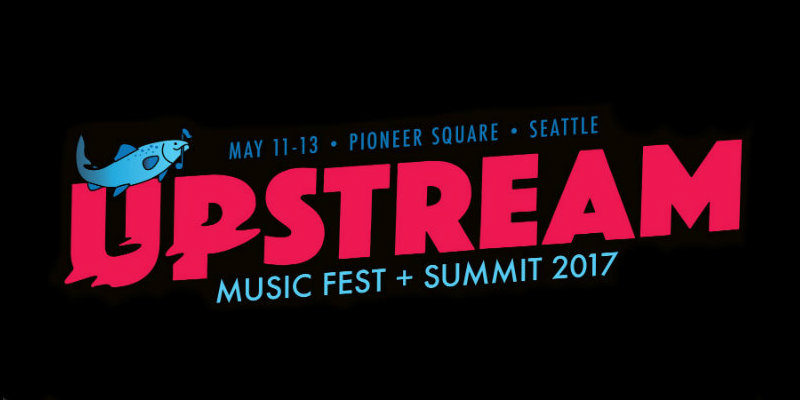 The wait is over. One of the most anticipated music events to come to the northwest in recent history, Upstream Music Fest + Summit, has announced the full lineup for its inaugural outing, which promises to transform the Pioneer Square neighborhood into a walkable mix tape. The first round was revealed back in February and featured Flying Lotus, AlunaGeorge, Shabazz Palaces, Snarky Puppy and Beat Connection. The second wave announced today adds Dinosaur Jr. and Jay Park to the main stage, who will play Saturday on that stage along with Snarky Puppy and Shabazz Palaces.  Friday’s main stage lineup will feature Flying Lotus, AlunaGeorge, Beat Connection and Deep Sea Diver.

While the main stage looks to be pretty awesome, the true beauty of this festival, at least from a performance standpoint, is the depth of local talent that will be appearing at Upstream. Yes, we know some bands we really love were left out, deserving bands to be sure but as a website that has been in the trenches covering as many local bands as possible over the last several years, we know first hand how difficult it is to include everyone. That said, the Upstream team packed this lineup with over 300 emerging artists from our region and based on the names we see,  they did a tremendous amount of homework to get this right.

Just take a look at the flyer below and try to imagine a scenario where you won’t be faced with some incredibly tough decisions on which acts to see because with that much talent there will be a great deal of overlap. That’s a good problem to have though, since all of us are guaranteed to see some of the best that northwest has to offer. One thing we noticed right out of the gate though, beginning with the first announcement and certainly followed up by today’s news, is the incredible diversity of the bands. Have a look below.

Founded by philanthropist and Microsoft co-founder Paul G. Allen and inspired by his love of live music, the fest and summit will celebrate the sound of the region and provide the industry with an experience that fosters and supports Northwest artists at every level of their career. With today’s announcement, it further displays just how serious the team is in making this an important northwest institution.  This announcement reveals a diverse group of talent with local and global appeal selected specifically because they exemplify Upstream’s mission with their shared passion for delivering creative live performances and strong support of emerging artists.

“Seattle has always benefited from a vibrant music community, but more than ever this music community deserves more exposure, resources and attention,” said Jeff Vetting, executive director, Upstream Music Fest + Summit. “Upstream is intended to help fill a void, with a festival for music lovers of all ages to discover and support emergent artists – and a summit that brings the industry together for thoughtful conversations around the most pressing issues and opportunities facing artists.”

We’ll be digging in a little deeper into the lineup soon with a detailed list of who we think are the acts that you absolutely shouldn’t miss but be warned, with a lineup like this, it’s going to be incredibly difficult to pin it down to a top 20 or 25, it’s that packed.
Visit the Upstream website HERE for ticket information and we’ll see you at the show!
Follow Upstream on Twitter, Facebook and Instagram to stay on top of latest developments.