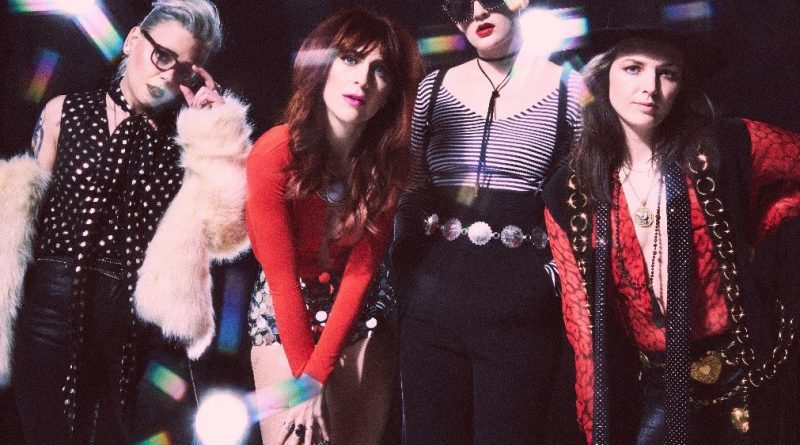 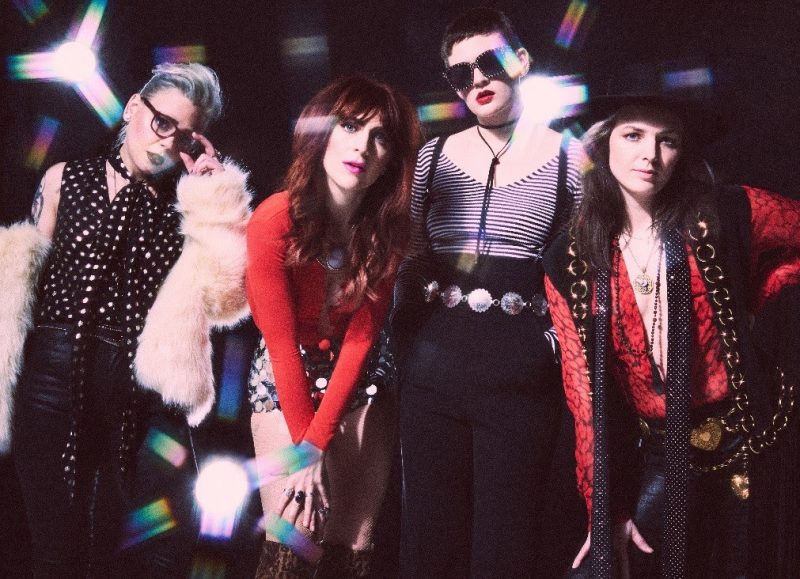 Today, Seattle rock ‘n’ roll four piece Thunderpussy releases their new single “Badlands,” along with a music video directed by Lustre Studios and shot in various locations across Washington state. “Badlands” is taken from their highly-anticipated, self-titled debut album out May 25th via Stardog Records/Republic Records.

Thunderpussy premieres their “Bandlands” video on Billboard—watch and share here. Billboard praises the video saying, “The gritty, untamed nature of the visual blends seamlessly with the delightfully raucous rock ‘n’ roll tune. Thunderpussy were built to run wild, whether it be literally through national parks or figuratively in the music scene.”

Of the “Badlands” video, Molly Sides says, “Lustre Studios is an incredible production team that goes well beyond expectation. When we originally started talking about the filming of ‘Badlands,’ we discussed flying to Badlands National Park in South Dakota, but little did we know much of the land we were seeking was right here in our beautiful state of Washington. Lustre spent much time scouting locations and discovered the most stunning spots. Over the course of 3 days, we found ourselves driving through Electric City, gazing over the monstrous Grand Coulee Dam, running through the canyons of Steamboat Rock State Park and kicking up dirt at the Sand Dunes by Moses Lake. Among the 3,522-acres of beauty and under 200 feet of pounding water, ‘Badlands’ was born.”

This Month, Thunderpussy is set to play several headlining dates across North America, including stops at Mercury Lounge in New York, NY on May 16, Elsewhere in Brooklyn, NY on May 18, Great Scott in Boston on May 15 and more. See the full list of tour dates below. Tickets are available now via Thunderpussyusa.com.

What if Thor’s Hammer of the Gods from “Immigrant Song” landed in the hands of four wise, willful, and wild women? Well, it would sound something like Thunderpussy. The quartet—Molly Sides [vocals], Whitney Petty [guitar], Leah Julius [bass] and Ruby Dunphy [drums]—do the most rock ‘n’ roll thing possible and quite literally fuck up every rock ‘n’ roll stereotype you know to be true, piercing the halls of Valhalla in the process. The Seattle-based group turned into a quiet phenomenon with the endorsement of Rolling Stone and Pearl Jam guitarist Mike McCready, as well as a string of already legendary performances under their high-waisted belts.