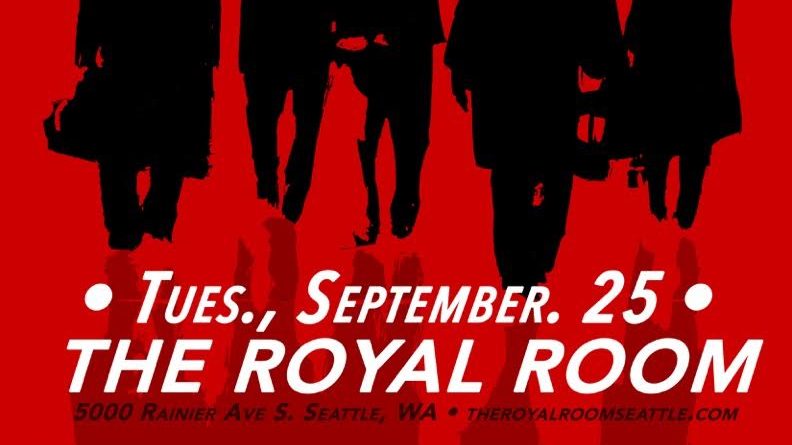 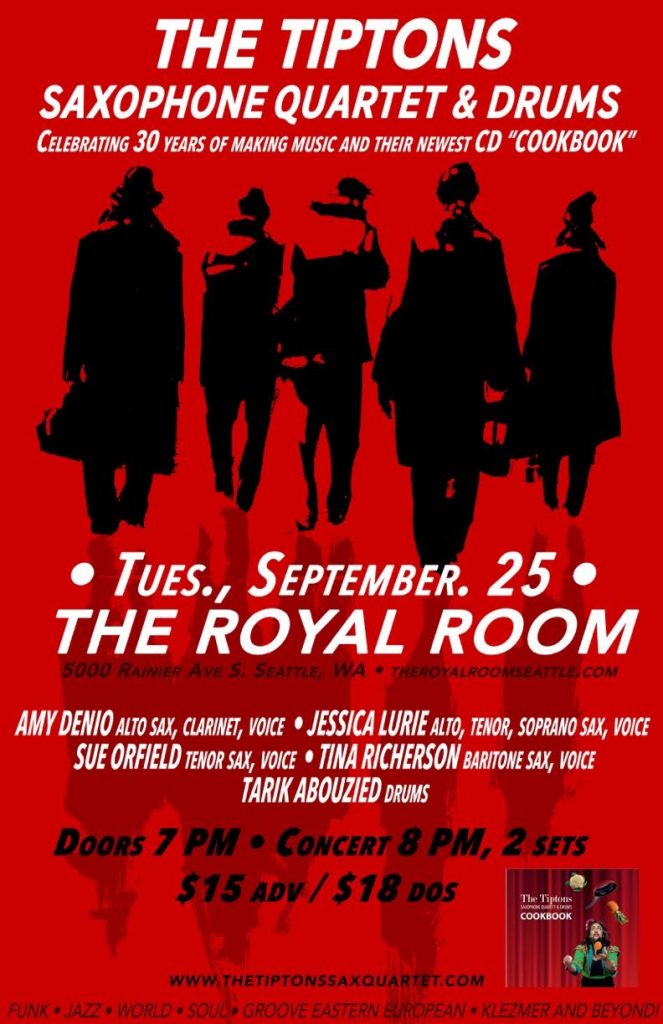 Sax quartet (and drums) The Tiptons are coming to Seattle’s The Royal Room on September 25th. The Tiptons cover genres from micro-big band, gospel, bluegrass, and Balkan to whimsical jazz and nocturnal funk, and have been touring Europe and the US since 1993. They have released 10 recordings.

Based in New York, Seattle, and Eau Claire, the Tiptons perform original compositions and arrangements of world music on saxes, clarinet, voices and drums/percussion. With concerts that cover musical territory from New Orleans “second – line” to jazz, Afro-Cuban to Balkan, Klezmer and beyond, the Tiptons create some of the wildest sounds ever to come out of a sax quartet. Their dynamic, playful concerts feature high-energy interaction between members, and a repertoire that touches on soulful music from around the world.

Originally called Billy Tipton Memorial Sax Quartet, they have since shortened their name and expanded their repertoire. BTMSQ was named in honor of big band saxophonist and pianist Billy Tipton, following the post-mortem revelation that Tipton was actually a woman who lived as a man for more than 50 years. Many believe that this allowed Tipton to pursue a career in the male-dominated world of jazz. Not to be bound by convention, the Tiptons similarly do their own thing. Their music has been featured on US National Public Radio, as well as National Radio stations in Austria, Italy, Croatia, Germany and France. They have composed music for saxophone quartet and 3 city busses; to research and perform compositions by women composers in Jazz; to collaborate with graphic artist and painter Danijel Zezelj, and to collaborate with choreographer Pat Graney.