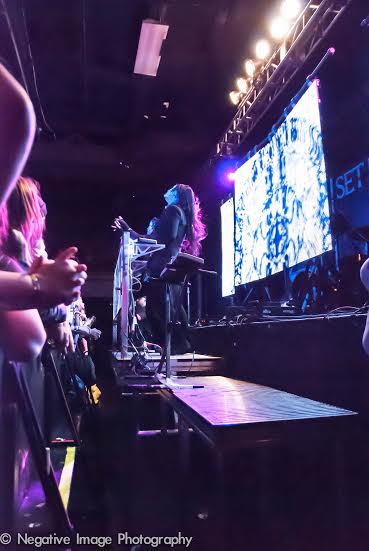 Today, Seattle-based electronic rock band The Spider Ferns dropped “Stronger Still,” the opening track on their forthcoming EP Safety, the band’s first release since their 2015 debut LP Soon Enough. Projected for release on January 29th, the Safety EP sees the Spider Ferns furthering their creative chops, which is apparent right out of the gate with “Stronger Still.” This six-minute slow-burner is dark, it’s multi-faceted, it’s dramatic, and it manages to hold the listener’s attention all throughout as the six minutes fly by.

The Spider Ferns’ vocalist and multi-instrumentalist Kelly Fleek has said that “Stronger Still” is “about being on the brink of losing everything that you care about, and finding the strength not to give up when it feels like all is lost,” a feeling which is prevalent with each and every listen through it. Safety is an EP we think will take the local scene by storm, and “Stronger Still” is a killer teaser track from it.

You can stream “Stronger Still” below. If you’ve given it a listen, let us know what you thought of it. The Spider Ferns are holding an EP release party at Chop Suey on January 28th, alongside fellow Seattleites Erik Blood, Midday Veil and DJ Explorateur.