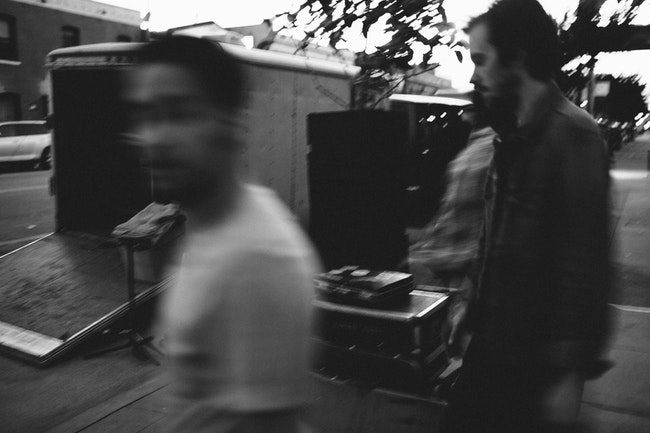 The Scene Aesthetic‘s story starts in December of 2005 in Seattle when Eric Kimberlin and Andrew de Torres became quick friends and started writing music together. “When we first started, it was really just completely for fun,” de Torres says when reflecting on the early days. “I don’t think Eric and I ever anticipated that it would turn into anything.”

Their assumption was proven incorrect however. Like many bands of their generation, The Scene Aesthetic’s popularity stems from a rabid and dedicated online fanbase. This presence could be felt almost instantaneously when they posted their first song, “Beauty In The Breakdown.” Soon after, they were being featured as a Top Ten Unsigned Artist on Myspace. “The song caught on so quickly with kids that we just really felt like we should work on some more songs,” Bowley explains. “One song turned into three songs. Three songs turned into a full length album.”

Tickets to the band’s forthcoming Chop Suey performance in Seattle can be found here.