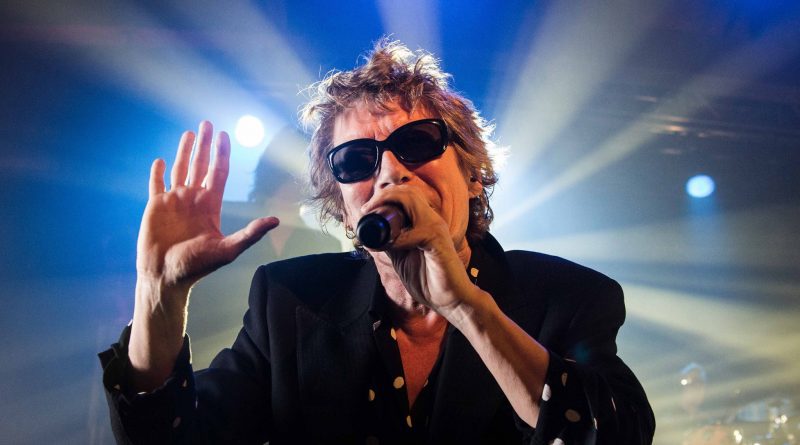 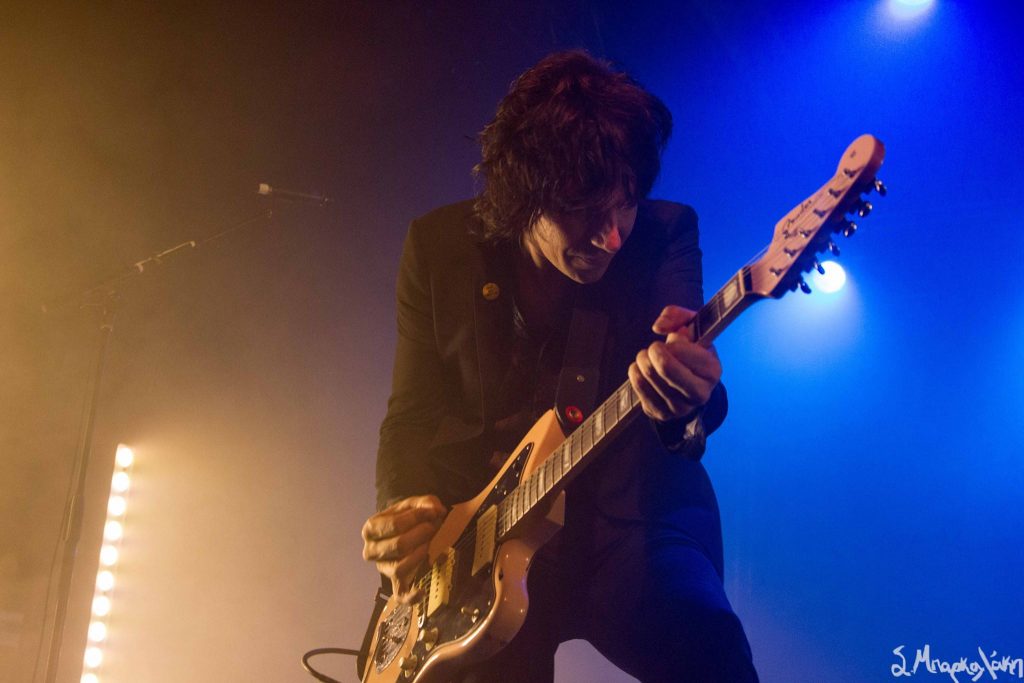 We were thrilled to head down to the Showbox SoDo for the exciting double bill of The Psychedelic Furs and James. Both bands have created a huge following during their long careers and the show sold out quickly. It’s not often we get two for one at a single event so this was a treat for us as well as we are fans of both artists.

James recently released Living in Extraordinary Times, and it has been a good album to listen to, describing the highs and lows of our angst. They were the first ones up and lead singer Tim Booth wasted no time getting in the swing of things. The set started on a more toned down note but Booth’s intensity was not missing from stage. He quickly began to dance around and even jumped in the pit and stood on the barricade singing to the crowd. It is inspiring to watch him dance so carelessly on stage making you jealous he seems so free of every worry in life. 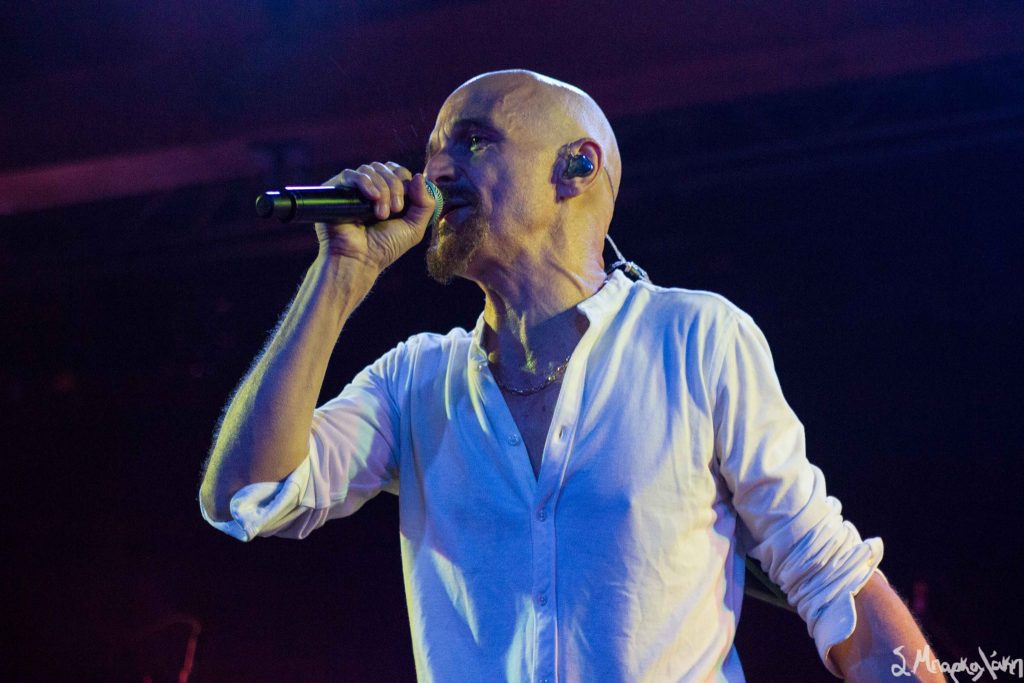 The group became popular back in the 90s mostly through college radio that launched their career making “Laid” their biggest US hit. The 12 song setlist did not include that or other fan favorite, “She’s A Star.” There was not much to complain about though, as we heard the uplifting “Sometimes,” and attention grabbing “Getting Away With It.” It was a good mix of old and new tunes as the co-headlining doesn’t allow for long setlists.

We still got plenty of what we came for and their set ended with “Sound,” and “Many Faces,” as fans showed their adoration in cheer. They demonstrate that they still have much to give and are worth following along for the ride. There is something so strong about the energy they convey during their time onstage that is easy to surrender to. You might come for the nostalgia part but you remember why you liked them in the first place.

After a quick break the PF came to the stage charging in full force right away. Lead singer Richard Butler wearing black sunglasses matched his dark image with his perfectly raspy voice. Wasting no time the legendary post-punk Brits that started in 1977, kicked off their set with major hit “Love My Way.” The band who hasn’t actually released a record since 1991 but have reunited a few times since 2000 and have completed a few successful tour runs. 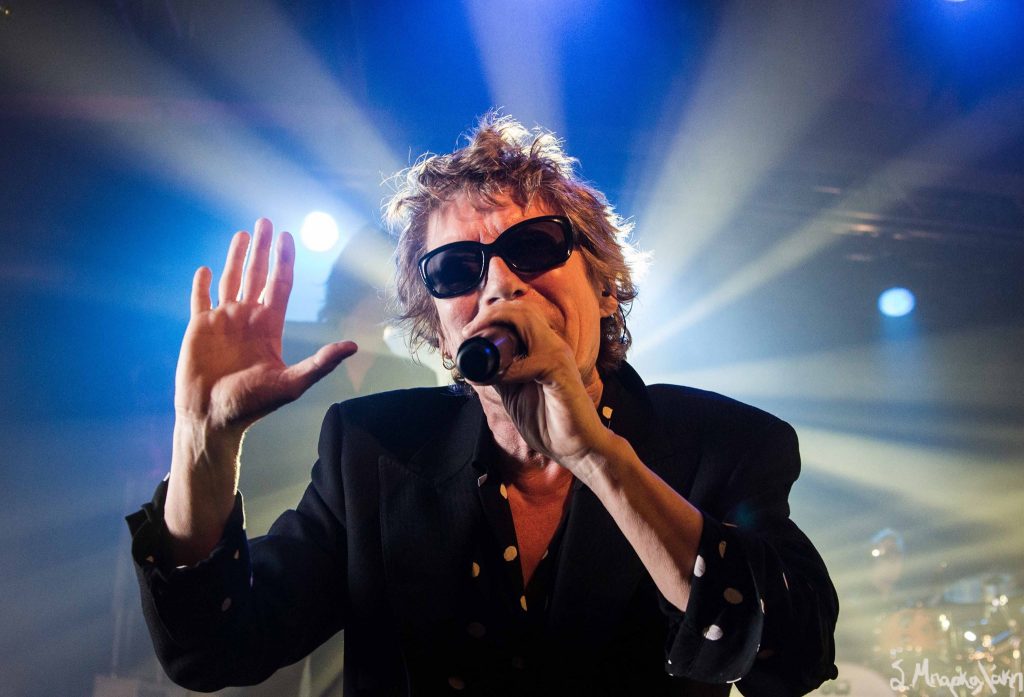 Each band member was vibrant and had a good stage presence as Butler lead the way throughout the evening. His brother Tim was right by his side playing the bass and Mars Williams moving around providing some killer sax solos, most notably in “Pretty in Pink.” The group played other hits such as “Sister Europe” and “The Ghost in You,” and ended with “Sleep Comes Down,” and “Heartbreak Beat.”

They returned with “India” as part of their encore to conclude the dynamic performance. They know how to put on a great show and still manage to entertain their loving audience. They haven’t released a new record since 1991’s, World Outside, but have announced that they will be releasing a new album in 2020 working with producer Richard Fortus. Looks like they will be returning in the future to play their new tunes and we can’t wait to hear them after nearly 30 years.