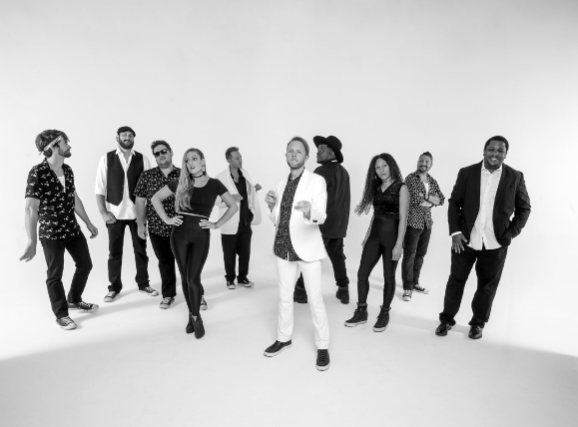 After years of reverent exploration and immersion in classic soul and R&B, it can be said The Nightowls has learned its history. Now, the Austin-based groove machine is ready to not repeat it.

Casting aside its throwback artistic ethos, the 10-piece band boldly paves its own path with the sensual pop and smoldering grooves of the aptly titled, We Are The Nightowls, out April 27. It’s a masterful album that benefits from a stable lineup, and crisp modern production courtesy of Chris Bell (Erykah Badu, North Mississippi Allstars, Kenny Wayne Shepherd).

“Previously, it was important for us to look back and pay tribute to the past, but now it’s time to move the ball forward and do something unique,” says the band’s visionary, main songwriter, and singer Ryan Harkrider.

Tickets to their Sunset Tavern performance can be found here.