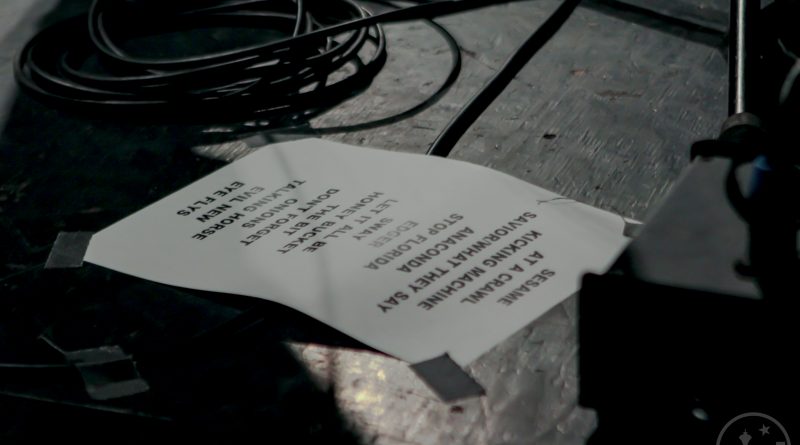 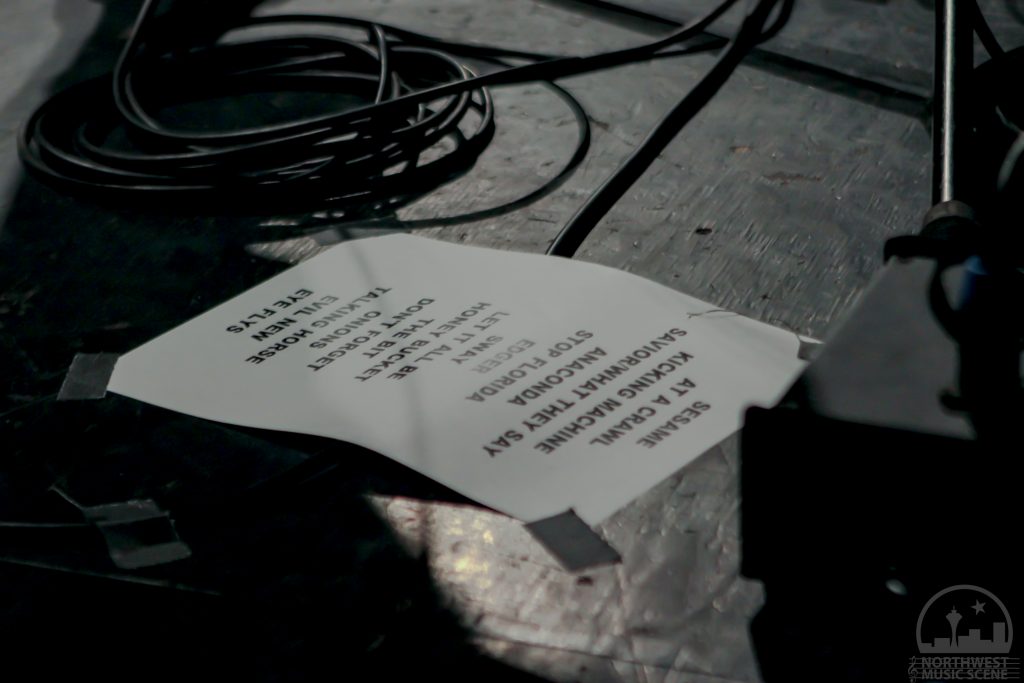 Last night, while the area surrounding Neumos on Seattle’s Capitol Hill was preparing for their biggest weekend of the year, which is of course Capitol Hill Block Party, a massive crowd rolled in to experience northwest legends The Melvins live.

Before The Melvins came out and did what they do best, an LA based band called ModPods took the stage and delivered a highly entertaining and energetic block of music that is hard to describe but if I had to, I’d say it sounded like disco with a heavy eastern influence. Throughout the set, the drummer and guitar/bass player of the three-piece unit exchanged positions and instruments seamlessly, playing music chairs. with some songs having no guitar and others having no bass. They are definitely a fun band and I’d recommend checking them out live if you get the chance. 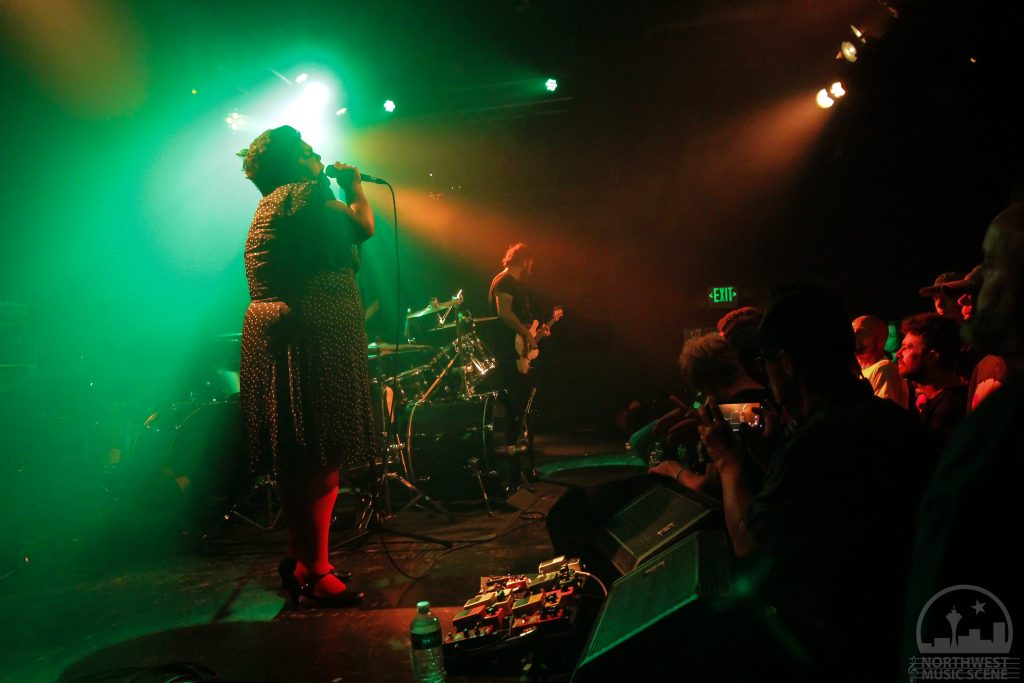 Although the last few albums by The Melvins haven’t “seemed” quite as heavy as the early days, they still pack plenty of punch with loud metal-ish rock and roll. We recently interviewed frontman and founder Buzz Osborne and he insists its been this way for 25 years now and that people that think they’ve softened up haven’t really listened during the last 2+ decades. Check that out HERE. And while Buzz doesn’t seem all that interested in his legacy as a northwest legend, (he didn’t even mention he was in Seattle), the crowd does it for him. They know his place in the grand scheme of things and it’s right near the top. The lucky northwest fans that were wedged up against stage in the center were delighted to be standing a few feet from this legendary purveyor of northwestified sludgy goodness. 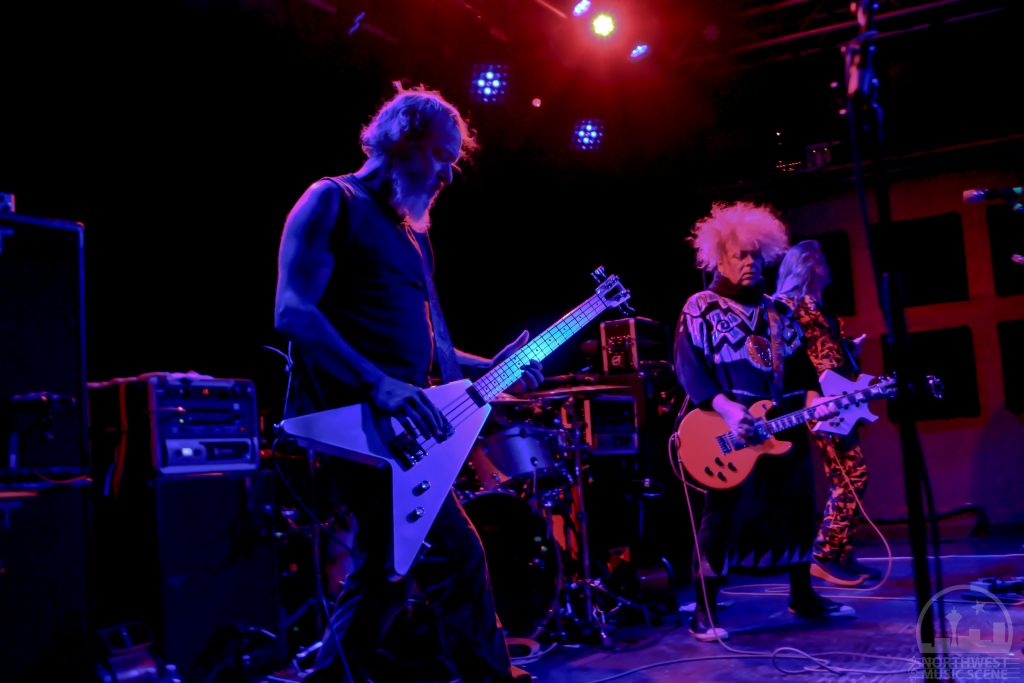 With a setlist that included “Honey Bucket” from 1993’s Houdini, “The Bit” (1996), “Don’t Forget to Breathe” from their album Pinkus Abortion Technician (2018)  and a hard-as-hell rendition of the perennial classic,  “Sway” from The Rolling Stone‘s 1971 album Sticky Fingers, there was something for fans of every era of The Melvins. For tonight’s festivities, Osborne would be flanked to the left and right by the animated and brutal twin-bass attack of Jeff Pinkus and Steve McDonald, with Dale Crover sitting behind the kit. 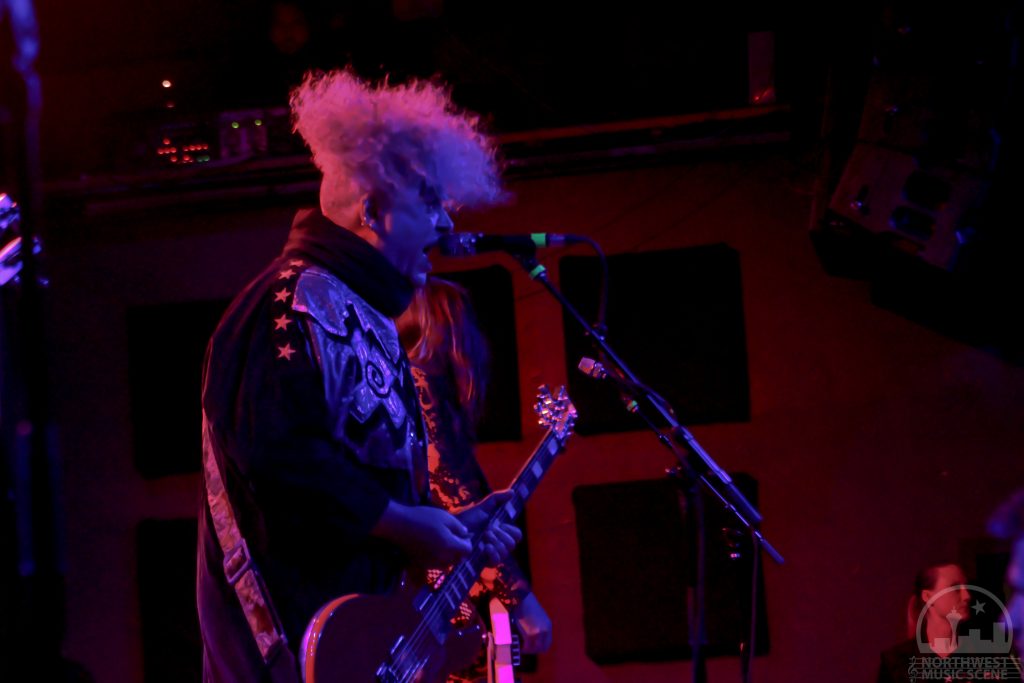 While The Melvins were short on words for the crowd, one thing they weren’t short on was filthy ear-splitting jams throughout the night. When Osborne ventured to the edge of the stage in the front, the crowd somehow got even louder, shrieking in approval as their hero held the guitar in their faces and shredded away. Dressed in a full-length dark robe his trademark gray frizzy hair flapping from side to side and front to back, King Buzzo had them in the palm of his hands all night. 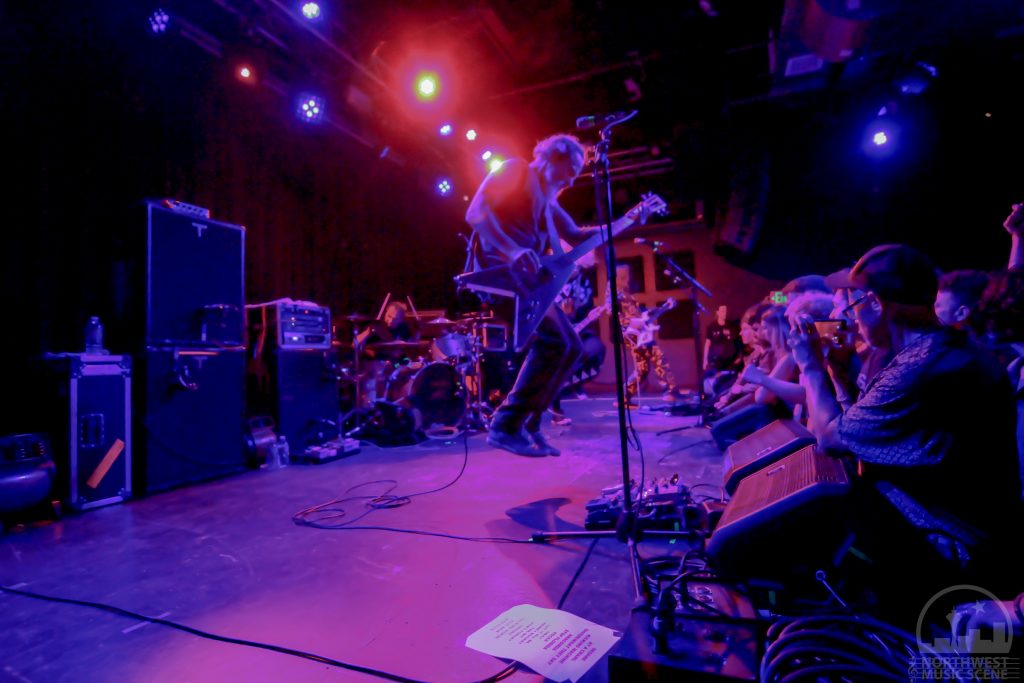 Badass bass legend Pinkus was also animated all night as he hammered away on his trademark Flying V bass, at times catching air as he prowled his side of the stage. On the opposite side of the stage, McDonald delivered his part of the bargain as well, jumping, flailing and playing from he knees numerous times throughout the evening. It’s clear they are all having a blast playing this music and they have an incredible energy as a unit. 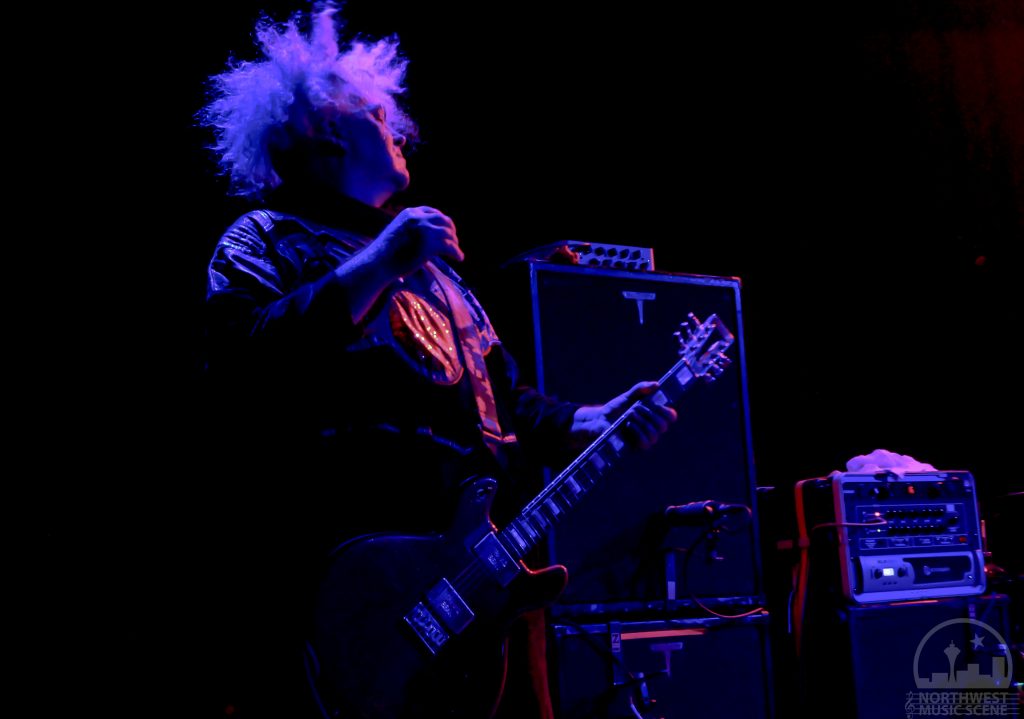 I suppose one might expect Buzz to stop the show and get on the mic and emotionally tell people how much he loves Seattle or the Seattle crowd or grunge but if you’ve followed the decades long saga, that’d have been classified that as pandering for applause. No, it was better this way, King Buzzo and the rest of the band spoke with their instruments and let the audience try to figure out what The Melvins mean to Seattle and the northwest.

It’s hard to pick a highlight for this show though, as the entire set was a non-stop, soul stirring performance and no, we didn’t forget to breathe.