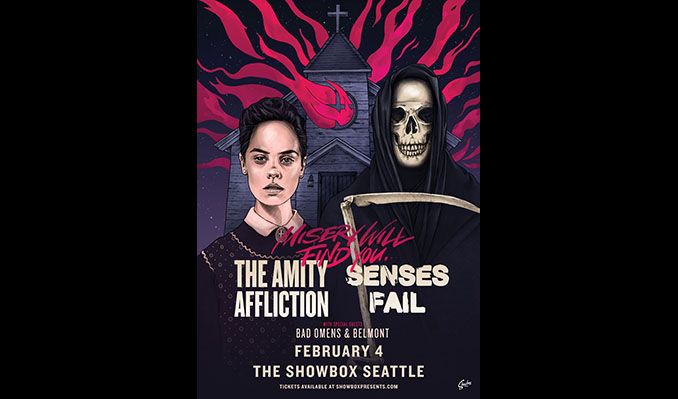 The Brisbane post-hardcore act Amity Affliction were formed in 2002 by a bunch of longtime pals, still high schoolers at the time, who had been affected by the death of their teenage friend in a road accident. The band, initially a quartet, released a demo in 2003 and an EP in 2004, but did not start making waves in earnest until some time later.

In 2005, after the screamer Joel Birch joined the fold, Amity Affliction went on a touring spell, working up a nationwide reputation as a powerful live band. In 2007, they added keyboard player Trad Nathan and switched drummers, with Ryan Burt replacing Lachlan Faulkner, and then hit the studio to record the EP High Hopes, followed in 2008 by the debut album Severed Ties, which peaked at number 26 on the ARIA charts. Amity Affliction toured Australia again in 2008-2009, both as a support and headlining act, and in 2010 they released their second album, Youngbloods, which confirmed that their efforts paid off, reaching number six on the ARIA charts.

Tickets to the band’s forthcoming performance at The Showbox with openers Senses Fail and Belmont can be purchased here.