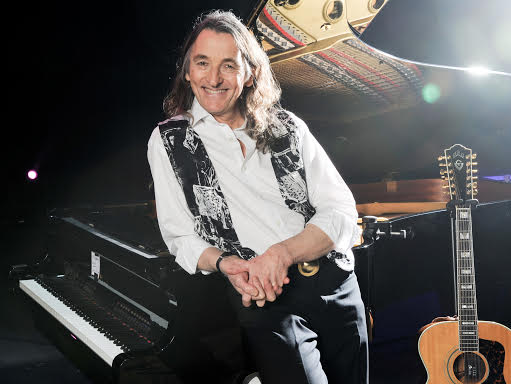 Roger Hodgson, known for all of the classic Supertramp mega-hits that he wrote, composed and sang, embarks on a new world tour that kicked off June 12 in Austria and ends on November 18 in Vancouver. With venues selling out quickly, it is amazing how his timeless songs and Roger’s mesmerizing performances continue to connect in powerful ways to  bring fans everywhere back for more year after year.

The enduring appeal of Hodgson’s compositions – songs like “Give a Little Bit,” “The Logical Song,” “Dreamer,” “Take the Long Way Home,” “Breakfast in America,” “It’s Raining Again,” “School,” “Hide in Your Shell,” “Fool’s Overture,” “Had a Dream” and “In Jeopardy,” continues to thrill and be celebrated by multi-generations, creating yet another sold out tour.

Roger Hodgson co-founded the legendary group almost five decades ago. Album sales now exceed 60 million. Their hugely successful album Breakfast in America will celebrate its 40th anniversary next year. Touring consistently to packed and appreciative  audiences worldwide, Hodgson continues to be honored by critics and fans alike for his music and performances as well as his philanthropy.