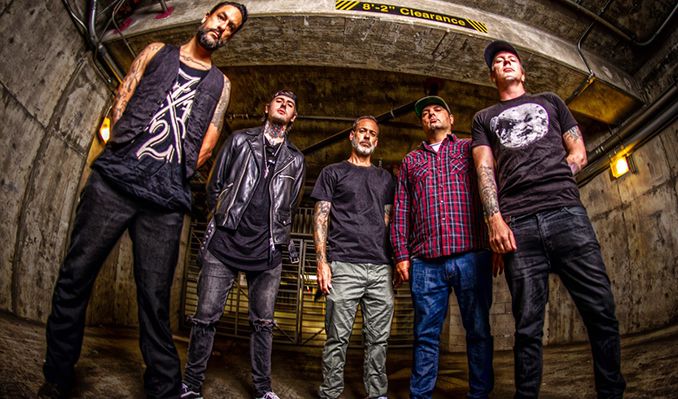 In case you just woke up from a 30-year coma (bummer for you), here’s a quick primer on Strung Out: Way back in 1989, Jason Cruz got the bright idea to start a punk band with his guitar-playing buddies Rob Ramos and Jake Kiley. It wasn’t the kind of plan that required much more preparation than play fast, play loud, play all the time. No one thought this high school band would become a career. Yet here we are, nearly three decades later, and Strung Out is not only still active but thriving, a paragon of punk and an inspiration to thousands of fans (and musicians) worldwide.

While Strung Out has made their name on intense, frenetic slabs of metal-influenced tech-punk, there is more to the band than meets the eye. It might come as a shock to learn the band’s new eight-song release, Black Out The Sky, is an acoustic affair, but as Cruz says, it’s not nearly as surprising for the band members.

“Every song starts on an acoustic guitar for the most part,” Cruz begins. “If it’s a good song, it can be played acoustic. For about the past five years, I’ve been pushing the band to try an acoustic release. These guys are great musicians—we can do anything.”

Tickets to Strung Out’s forthcoming performance at The Showbox in Seattle on October 11th with The Bombpops, Counterpunch and Dead Bars can be found here.