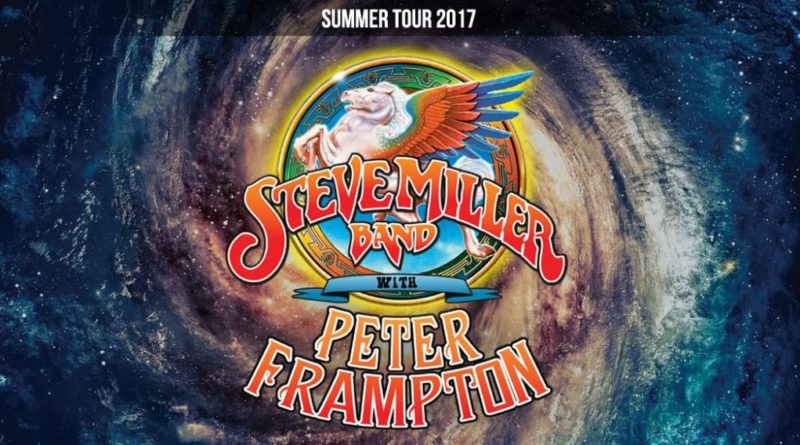 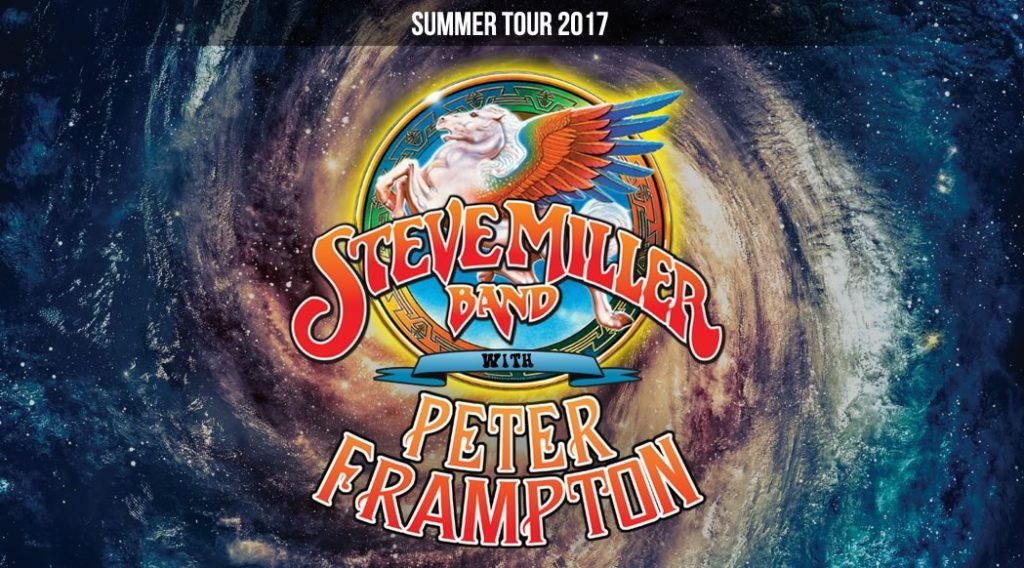 Coming off of an extraordinary 63 shows in 2016, Rock n’ Roll Hall of Famer Steve Miller is excited to announce his 2017 summer tour campaign. Steve and his band look forward to delving into their deep catalogue of hits from the 60s, 70s, and 80s. The tour kicks off in the metro New York area at PNC Bank Arts Center and Jones Beach Theatre (June 15th & 17th) and then makes its way across the country before wrapping August 14th on the west coast.

“Peter and I first met at Olympic studios in London in the late sixties when we were both just starting our recording careers,” said Miller. “He was a wonderful guitarist and songwriter then and he is even more so today. Over the years, we’ve played together in venues from theatres to football stadiums and everything in between. He always sets the musical bar high, his band always knocks me out, and I’m thrilled we are going to spend the summer together doing a great run of concerts. This is the kind of quality and talent we both strive to present and I’m looking forward to a summer of great music, exceptional performances and fun. Peter is a remarkable musician.”

“Steve Miller was a mainstay of the San Francisco music scene that upended American culture in the late ’60s. With albums like Children of the Future, Sailor and Brave New World, Miller perfected a psychedelic blues sound that drew on the deepest sources of American roots music and simultaneously articulated a compelling vision of what music-and society-could be in the years to come.

Then, in the ’70s, Miller crafted a brand of rock ‘n’ roll music that was polished, exciting and irresistible, and that has dominated radio through today. Hit followed hit in an endless flow: “The Joker,” “Livin’ in the USA,” “Take the Money and Run,” “Rock’n Me,” “Fly Like an Eagle,” “Jet Airliner,” “Jungle Love,” and “Abracadabra” among them. To this day, these songs are instantly recognizable when they come on the radio-and impossible not to sing along with.

Running through Miller’s catalogue is a combination of virtuosity and songcraft along with melodic vocals and signature guitar riffs. His parents were jazz aficionados — Les Paul was his godfather — so as a budding guitarist and singer, Miller absorbed valuable lessons from their musical tradition. When the family moved to Texas, Miller deepened his education in the blues, meeting T-Bone Walker and learning to sing and play listening to him and Jimmy Reed. Miller then moved to Chicago where he played with Muddy Waters, Howlin’ Wolf, Lightnin’ Hopkins, Buddy Guy and Paul Butterfield.”
-Anthony DeCurtis

The Steve Miller Band has played to more than 15 million people in the last 20 years. In addition to touring with his band, Miller is also contributing his time to serving on the welcoming committee of the Department of Musical Instruments of New York’s Metropolitan Museum of Art and as a board member of Jazz at Lincoln Center, where he curates and hosts shows at both institutions celebrating blues, jazz, and early American music. In 2016, Miller presented five sold out shows at JALC: “Ma Rainey Meets Miles Davis” and “T Bone Walker – A Bridge From Blues to Jazz.” His 2017 plans for JALC will be announced soon.