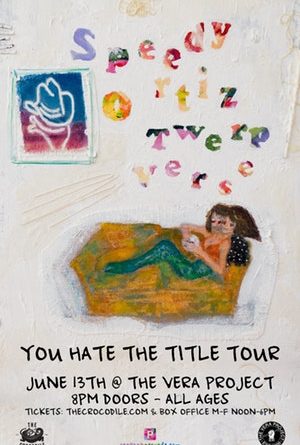 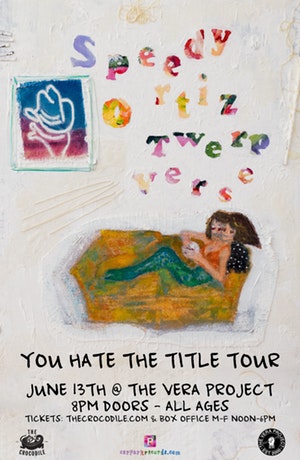 The album that Sadie Dupuis and her bandmates originally intended to be their 3rd LP was entirely different than what they are set to release later this month. After the 2016 presidential election, they decided to scrap those efforts and over the next 4 months, Dupuis crafted the songs which now comprise Twerp Verse–a collection that is taught, witty, and urgent, with biting themes that stray from their usual topics. The decision is best described by Dupuis herself:

“The songs on the album that were strictly personal or lovey dovey just didn’t mean anything to me anymore–that’s not the kind of music I’ve found healing or motivating in the past few years, and I was surprised I’d written so much of it. Social politics and protest have been a part of our music from day one, and I didn’t want to stop doing that on this album.”

The band will be playing the Vera Project on June 13th. Tickets can be found here.