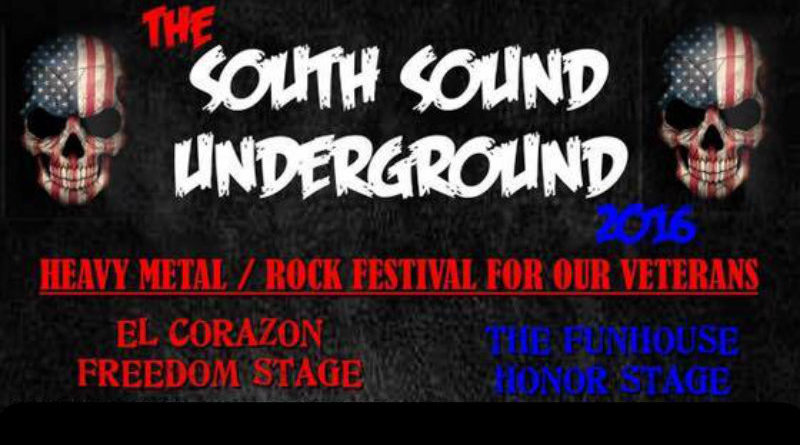 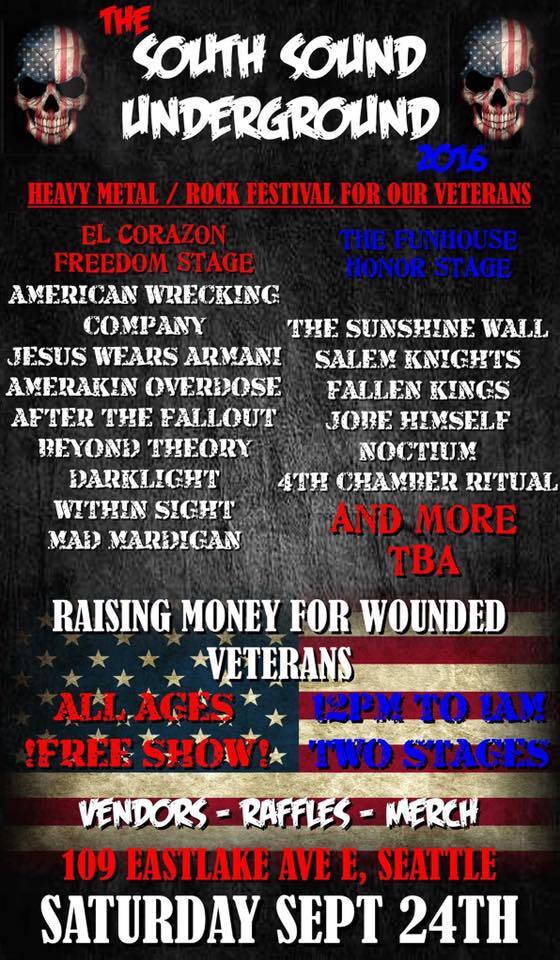 The South Sound Underground Festival will be held this year on Saturday September 24th at the El Corazon Freedom Stage and the Funhouse Honor Stage.

This Heavy Metal/Rock festival is an annual event which helps to raise money and awareness for wounded veterans. Now in its third year the event features bands from all over the northwest who donate their time and come together to shred for a great cause, raising money for the VA Puget Sound Health Care System in Seattle.  The event is all ages and free.