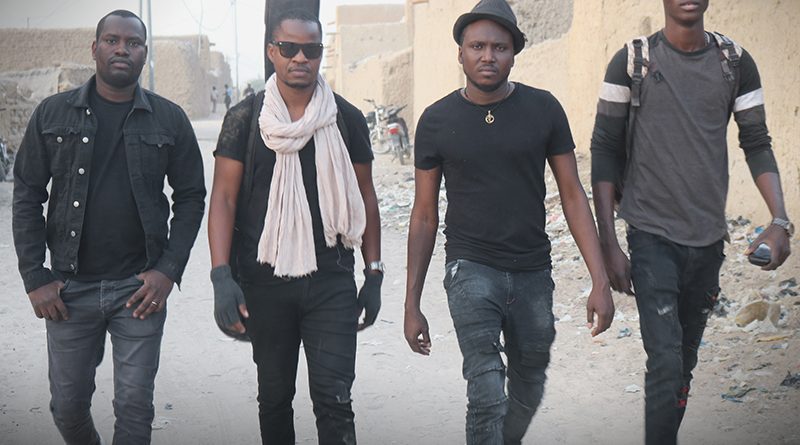 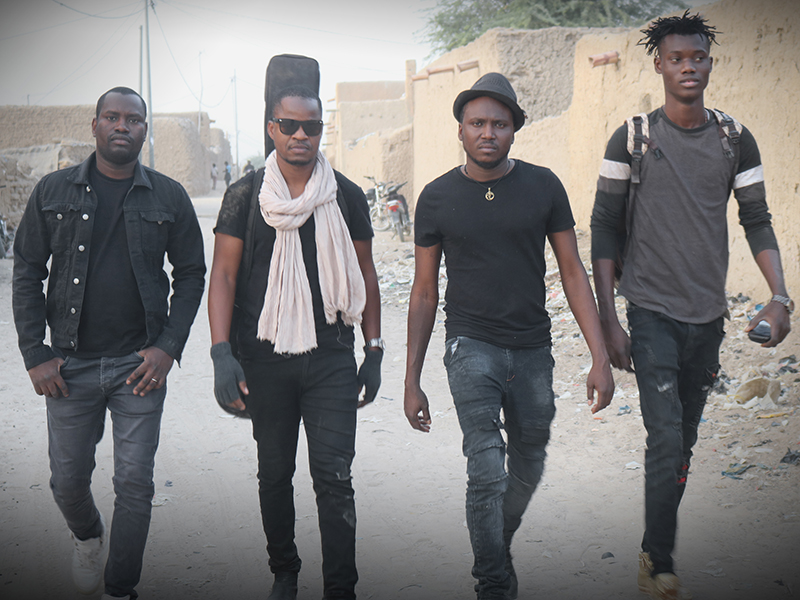 Steeped in the deep traditions of classic Malian music & desert blues fused with a youthful & super-charged sound of today, these 4 young men from Timbuktu continue marching, playing & dancing their way into the hearts & minds of music fans everywhere with their electric, eclectic & kinetic songs.

The band’s sophomore album, 2017’s critically-acclaimed RESISTANCE, solidified them as a group to watch, and they’ve followed it up with consistent live touring on 5 continents, helping to make them a force to reckon with.

2019 sees the release of their new album and expectations are high, for good reason – Songhoy Blues make music that is unique, exciting, contagious & paradigm-shifting. The band already counts such luminaries as ‪Nile Rodgers‬, ‪Gary Clark Jr‬., ‪Run the Jewels‬, ‪Iggy Pop‬, Nick Zinner, Matt Sweeney & ‪Will Oldham‬ as fans, and are poised to put their musical footprint down for years to come. ‬

Songhoy Blues will be supporting their new album with live dates across N. America this fall, setting the stage with month-long residencies in New York City (April) and Los Angeles (May).

Most recently, the band completed a sold out run of UK dates, recorded a live session for BBC 6 Music; filmed an episode of the new UK TV show ‘Noughts & Crosses’ in South Africa (where they’re featured performing in one of the main scenes); are featured in a new photography exhibit called ‘My Rockstars’ by Hassan Hajjaj at La Maison Europeenne de la Photographie in Paris; and will be collaborating with UK artist Andy Morgan on a multimedia exhibition called ‘Music & Conflict’ at the Imperial War Museum, which debuts June 2019.

The band are also proud spokespersons for the charity WaterAID, and have helped to raise money & awareness toward providing relief in their native Mali. They will be appearing in an upcoming documentary on climate change in the Sahara; and were featured in the award-winning documentary “They Will Have to Kill Us First”, about the plight of musicians in war-torn Mali