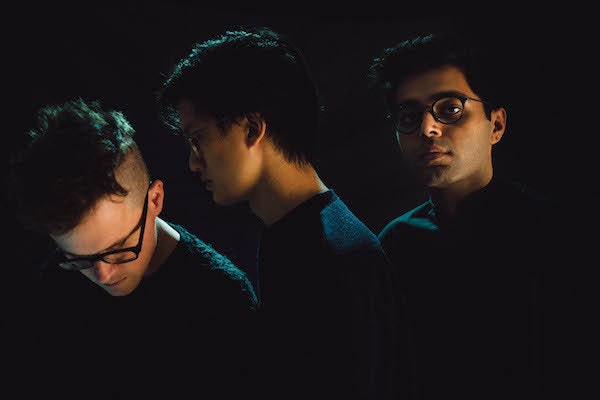 Son Lux is the grand genre-less dream of Los Angeles composer Ryan Lott brought to roiling, vivid life with the help of two New Yorkers, guitarist Rafiq Bhatia and drummer Ian Chang. Each is a writer, producer, and performer with omnivorous taste and a penchant for wild improvisation—a band whose mix of electronic pop, unusual soul, and outright experimentalism feels more inviting than ever on the project’s fifth album, Brighter Wounds. The songs therein leave behind Son Lux’s typically universal themes for deeply personal fare. While making Brighter Wounds, Lott became a father to a baby boy and lost a best friend to cancer.

Days of “firsts” were also days of “lasts,” and the normal fears that accompany parenthood were compounded by a frightening new reality—Lott’s son arrived shortly after Election Day. These songs draw on all of that: warm reflections of a fading past, pain wrenched from a still-present loss, and a mix of anxiety and hope for a future that is promised to no one.

Lott’s voice, which ranges from ghostly whisper to choir-backed shout, is fittingly propelled by the trio’s most dynamic score yet. Listen to the anthemic roar of “Dream State.” A yell blasts through a cloud of woodwinds and synths, and the song is off on a ceaseless tear. “Though we are wide awake, this is a dream state,” Lott sings through the technicolor haze, clinging to opposites. A momentary breath breaks the stride, before the journey resumes with even greater abandon. A choir enters the fray at the song’s apex with a refrain heard elsewhere on the album: “out of the dark day, into the brighter night!”

Tickets to Son Lux’s Neumos performance, alongside Gordi and Wills, are available here.