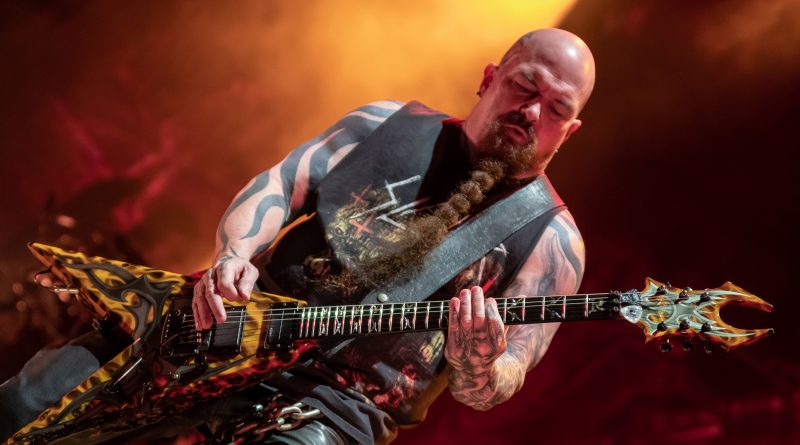 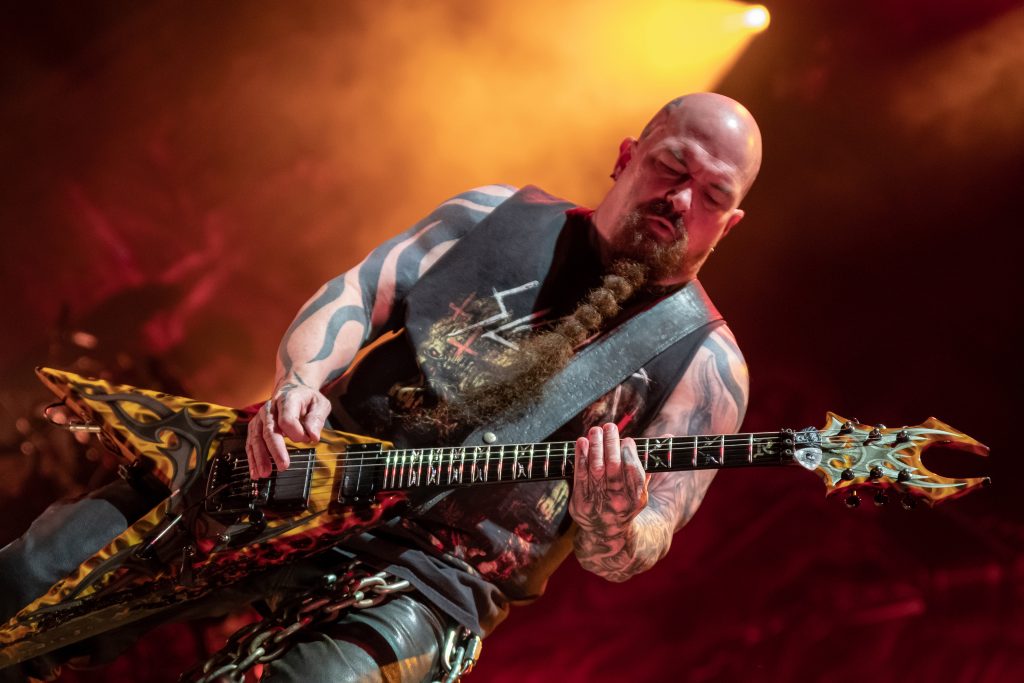 With the northwest’s premier rock festival having just passed, nobody would’ve thought it was going to be one of Slayer’s final shows in the Pacific Northwest. They kicked off their final tour, aptly called “The End of Days.” Their set was to start at 9:20 p.m. after Lamb of God’s set and that time the stage was completely closed off by a huge white scrim while the crew prepped the stage. 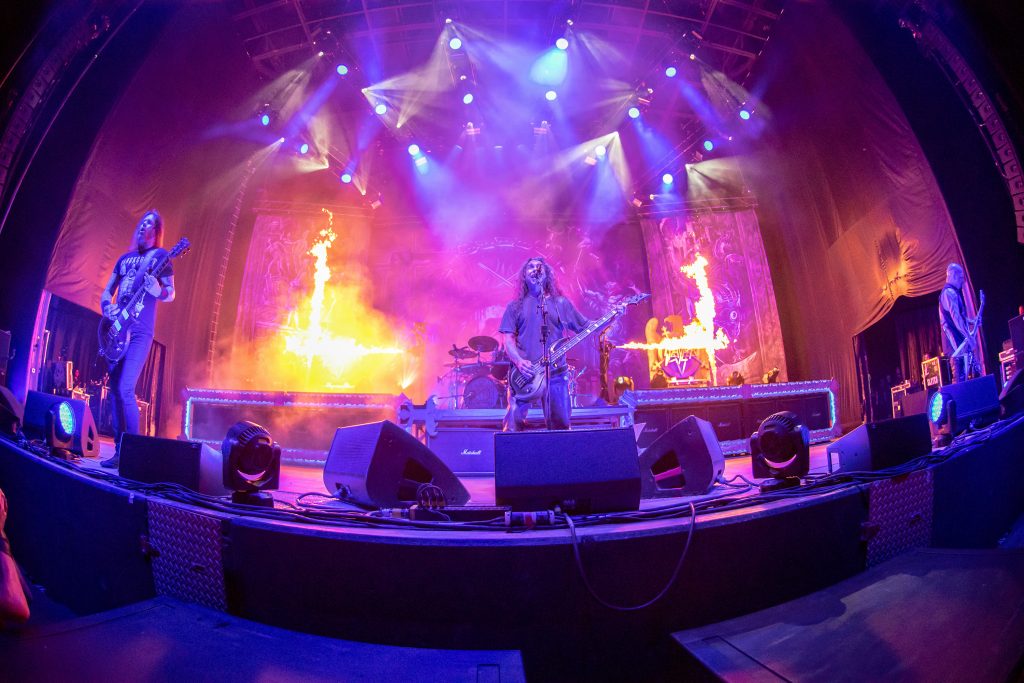 As Slayer prepared to take the stage for the final time in Auburn as part of KISW’s annual Pain in the Grass festival you could hear the crowd start to chant “Slayer” over and over again as the set time got closer. The lights went dark and the crowd started to cheer just as the intro “Delusions of Savior” started to blast into the crowd. 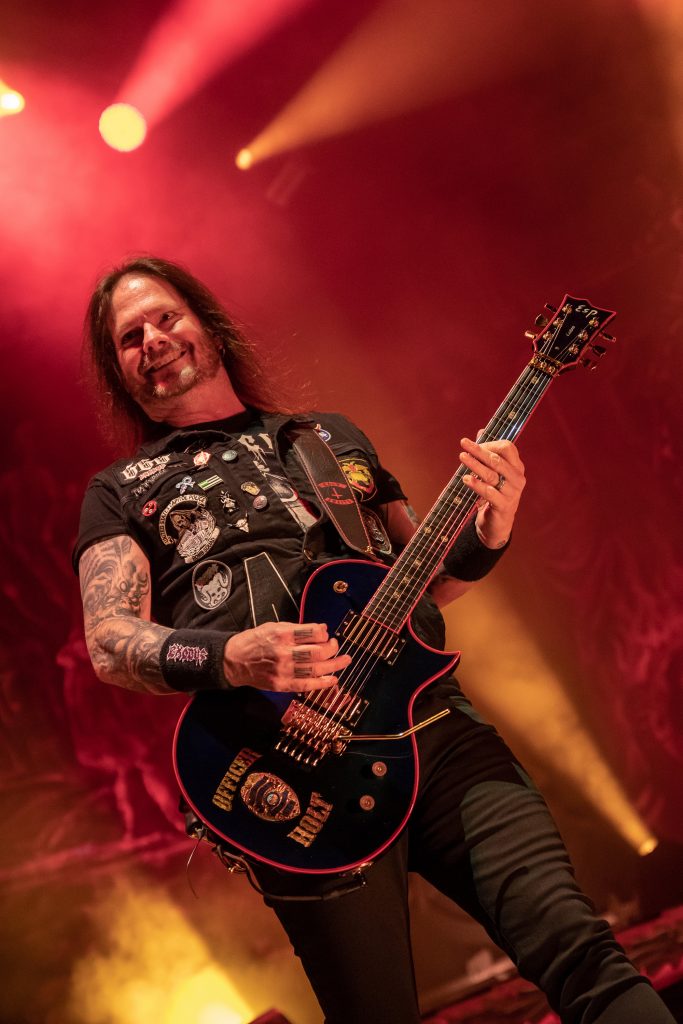 The stage presence of their final show at White River was phenomenal to say the least. It all started with a light show through the scrim that spelled out the bands name, before quickly transforming into inverted pentagrams and crosses. By the end of the intro, the scrim had dropped; and the band started to play the song “Repentless” from their final studio album. 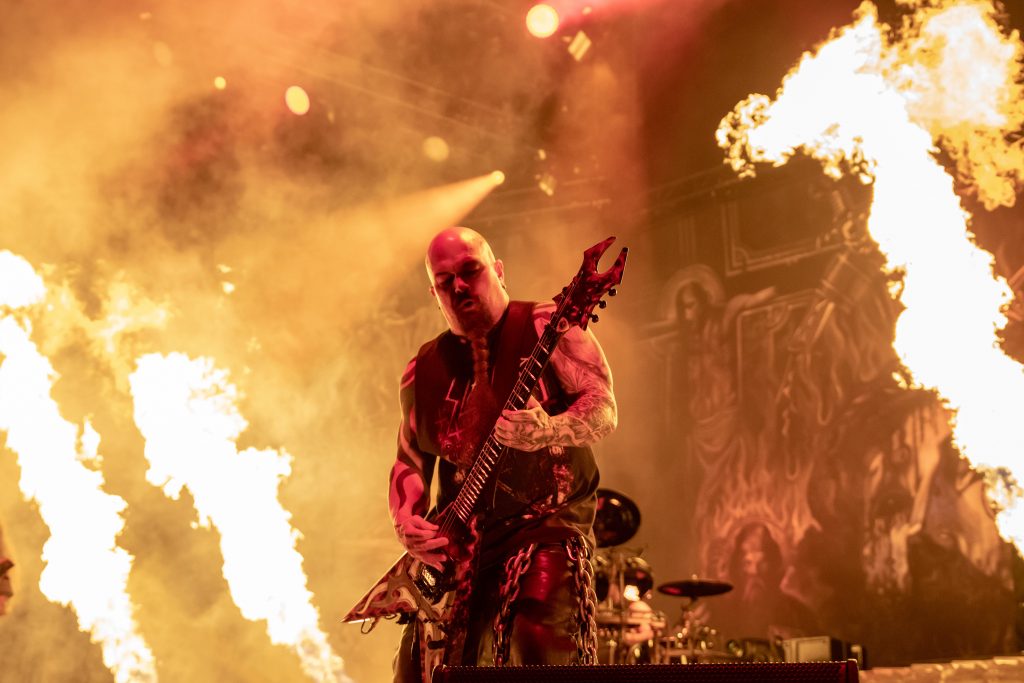 Next was “Blood Red” from their 2nd bestselling album, “Seasons in the Abyss.” The audience was going crazy by then, the mosh pit in the middle of the crowd was growing in size by the second. The fans throughout the crowd threw up Devil’s horns and started to headbang as Slayer thrashed on. “Disciple” was the next song in the lineup, that’s when the pyrotechnics started. 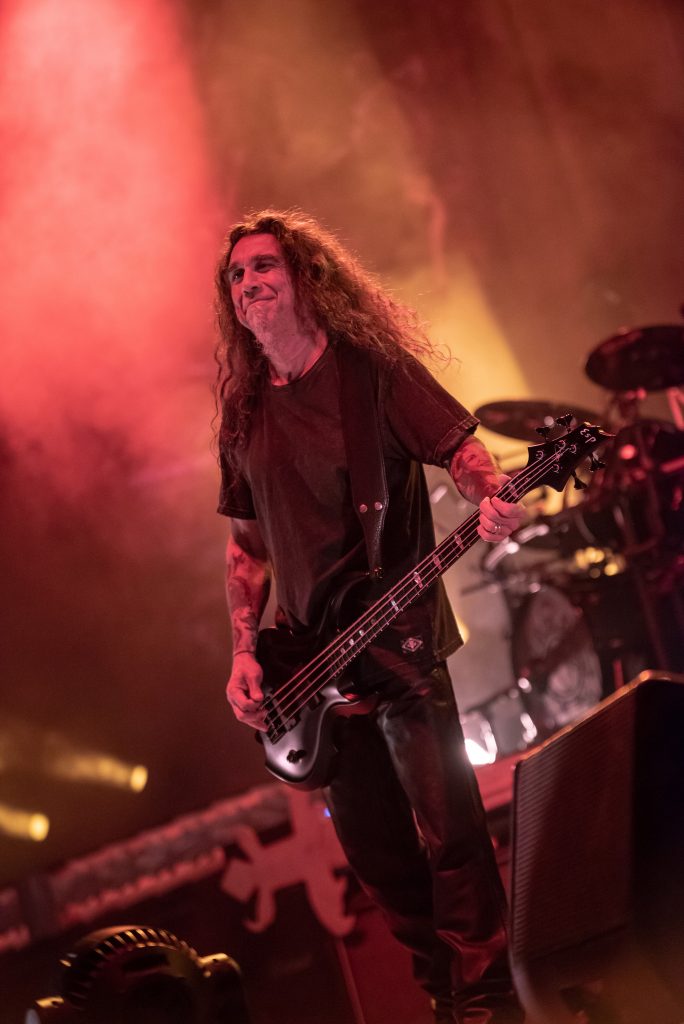 The immense heat from the flames could be felt all through the crowd, from which sweat was now pouring from. Burning inverted crosses were shot out in flames every time the verse “God Hates Us All” was sung.  As the show went on, the pyrotechnics got even bigger and brighter. The band brought the set to a close with their most controversial song, “Angle of Death” from their 3rd studio album Reign in Blood. By the end of the show, Tom Araya beckoned all fans and previous artists to join them for one massive group photo. Araya then thanked everyone for all their support throughout the years.