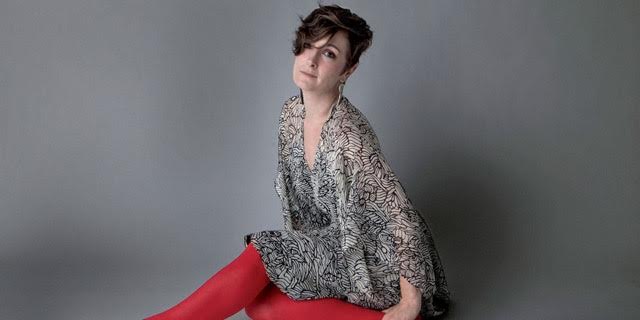 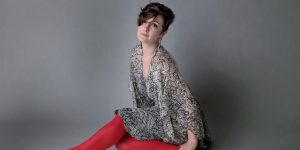 The Pacific Jazz Institute at Dimitriou’s Jazz Alley welcomes Seattle’s own Sara Gazarek with her band Josh Nelson (piano), Matt Arnoff (bass), and Zach Harmon (drums) performing music from her new release Dream in the Blue along with some holiday standards. Show times Tuesday and Wednesday at 7:30pm. Doors open at 6:00pm each night.

Born and raised in Seattle, Gazarek grew up without much exposure to jazz. In her early teens she was inspired by musical theater and dance, but she ended up discovering and falling in love with the jazz choir at Roosevelt High School. The director, Scott Brown, became the first of several essential musical mentors, and he started steering her towards great jazz singers/musicians and classic jazz recordings.

When Gazarek arrived at the University of Southern California (where she is now on faculty in the Jazz Studies department), she was the only Jazz Studies vocal major in her class, and studied privately with vocalists Tierney Sutton and Carmen Bradford, pianist Shelly Berg, and bassist/arranger John Clayton, who become one of her most important champions. By 2003, people outside USC were starting to discover Gazarek. She won the prestigious Downbeat Student Music Award for Outstanding Collegiate Jazz Vocalist, a distinction that directly led to a spot on the Concord Jazz Festival Tour with Oleta Adams, Karrin Allyson and Diane Schuur.

A year prior, in 2002, Gazarek began working with pianist Josh Nelson. He has performed alongside her on all four of her albums and she has performed tracks for his projects in turn. Recently, however, this duo (now based in Los Angeles) has taken their collaboration to a new level. They are touring extensively both as a duo and with a band and are developing a diverse repertoire that showcases their combined artistic maturation. Their new album, 2016’s Dream in the Blue, is a tribute to their extraordinary partnership.

The album is unique for the jazz world, in that it was funded exclusively through crowd-sourcing website PledgeMusic. This is not out of character for Gazarek, whose youth and energy translates seamlessly from her actions to her art. Of one of her previous Seattle performances, Andrew Hamlin of The Stranger wrote that, “She dropped beats, added intros, swirled songs into medleys, blew notes out like candles, and let them die away like sustain-pedaled tones from Josh Nelson’s piano… Gazarek is already the best, and she just keeps getting better.”

This time around, high off the success of Dream in the Blue, Gazarek will be returning home for a cozy dose of holiday cheer. Holiday standards will come along with a showcase Gazarek’s diverse repertoire, which ranges from classic showtunes to thoughtful originals, and even some Schoolhouse Rock. www.saragazarek.com