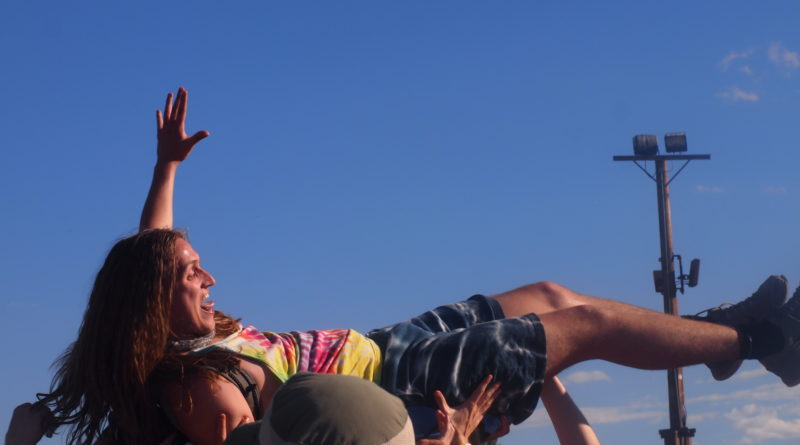 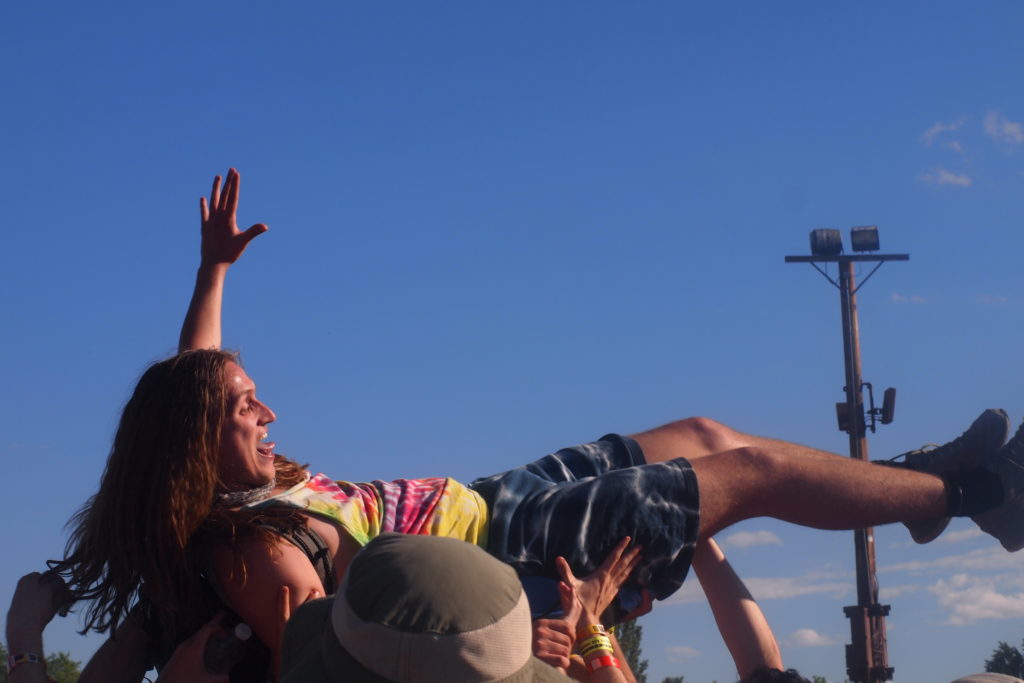 It’s no secret that Sasquatch has been struggling with attendance in the last few years, reportedly having roughly half the patrons in 2016 that it had in 2015. Going into this year’s festival, there was also quite the stir in the indie music community, as many were surprised to see Frank Ocean drop as a main headliner, and notoriously, Twenty One Pilots were chosen as a second headliner. This was surely a new direction for the Live Nation event, as previous headliners such as The Cure, Sufjan Stevens and Kendrick Lamar drew quite a different crowd than the festival seemed to be targeting in 2017.

That being said, with a hearty mix of genres represented and a range of local talent, in addition to the announcement of returning headliner LCD Soundsystem, the festival seemed on track for a potential revamp to those of us who were willing to give it a chance. And as it turns out, even though I was one of those very hesitant attendees, I left not only with a new appreciation for a certain band I had personally deemed “the meme of the music community,” but also left feeling overwhelmed by the number of set choices I ended up having. Below I’ve listed a few of the best, and why it was a mistake to write off Sasquatch this year.

Thee Oh Sees were the first act of the day that seemed to get the crowd really moving and excited for the weekend to come. This California-based band thrived in the heat of the festival, and brought a much-needed dose of energy to the Sasquatch grounds.

I was a little unsure what Foxygen would bring to Sasquatch this year, their latest release Hang being one that seemed complicated to recreate live, with its big sound and various orchestral aspects. Although there were a few sound difficulties during their set, Foxygen was able to not only effortlessly recreate their latest recorded works, but also played a few of their better known hits, such as “San Francisco,” off the 2013 release We are the 21st Century Ambassadors of Peace and Magic. There was some potentially poor planning on the part of Live Nation here, however, as Foxygen played at pretty much exactly the same time as Manatee Commune and Charles Bradley, two artists who could attract a like-minded crowd.

LCD Soundsystem closed out the night with an absolutely spectacular performance. After a quick “I know we weren’t your first choice in headliner” speech, LCD proceeded to play a variety of their big hits, including the famous “Dance Yrself Clean” and “Us V Them.” But in bigger news, LCD announced last Friday that their new upcoming album was, in fact, recently completed, with lead James Murphy noting that we should be expecting to see it in the next six weeks or so. LCD Soundsystem even played “Call the Police” and “American Dream,” off the upcoming release.

Due to an “I lost my keys somewhere in the Gorge” situation early Saturday morning I was sad to miss Seattle based Donormaal, who has brought an air of unapologetic confidence and unique perspective to the shows I’ve already had the pleasure of seeing her perform at, earning her a spot on my list regardless.

Klangstof is a relatively new Dutch/Norwegian outlet coming out of the gate strong. This is Klangstof’s first round of US festival tours, their Sasquatch set sandwiched between recently finishing up a tour opening for the Flaming Lips and before starting a tour with Mike Snow. I had a chance to talk with the band a bit after their set, who spent most of our ten-minute conversation joking about childhood stories of one another, which might explain the extremely cohesive and communicative dynamic present on the stage. Klangstof played through a few songs off their latest and first full release Close Eyes to Exit, before ending their set with a prolonged and building impromptu jam.

The king of Northwest comedy perhaps, it was a treat to see this legendary comedian at Sasquatch on Saturday. Armisen didn’t have a traditional comedy set per say, and mostly stuck with performing a few unrelated bits before going into the audience for a little Q and A. Onstage with Armisen was a guitar and drum-set, and although I personally was hoping he would bring Portlandia co-star and Sleater-Kinney member Carrie Brownstein onstage, it was Armisen himself who showed his skills, shredding though a few of his prepared bits, most of which revolved around shitting on jazz.

American Football was an interesting choice of performer at Sasquatch this year, particularly on the same night as 21 Pilots. Nevertheless, this infamous emo teenage angst-riddled band put on quite a good show, even if it was to a small audience. Complete with trumpet and all, American Football played a variety of songs off their most famous 1999 self-titled release, as well as a few songs off their 2016 American Football (LP2) comeback. It was fairly strange listening to American Football to an almost empty crowd, but who can complain about getting to see such a legendary band all to oneself?

Although there were notably a few mixing issues during MGMT’s set lead Andrew VanWyngarden played it off with ease. The set combined a variety of unique visuals with songs new and old. MGMT graciously played most of the good ol’ crowd pleasers including “Kids” and “Electric Feel” along with a few new songs off their upcoming Little Dark Age.

Alright I know I’m risking everything I stand for by even acknowledging Twenty One Pilots on this “highlights” list so I’ll keep it short. Even though their music is not all that impressive, their set relying musically on the presence of their live drummer, a few piano notes, and a backtrack, Twenty One Pilots’ set seemed to make a good number of people at Sasquatch really happy in a very beautiful way, and for that I give them due credit.

These Seattle based sweethearts played an unsurprisingly solid set at the Gorge Sunday afternoon. This third and final day at Sasquatch was a hot one, and the band made a note to call out all the fans seeking shade to the right of the stage. Car Seat Headrest played songs from a range of their discography, including the classic “yell it if you know it” single “Killer Whales”, during which a few crowd members (myself included) could be heard yelling along with lead Will Toledo. The band also took the Sasquatch opportunity to expand upon a few of their songs, their set ending in a beautifully drawn-out mess of guitars and reverb.

Jay Som was another gracious fill in at Sasquatch this year due to Cigarettes after Sex being forced to cancel. Lead Melina Duterte effortless filled the space however, radiating happiness, power and good vibes during her sunset set.

After Jay Som was a quick stop to see English duo Mount Kimbie. It’s been a while since we’ve seen a full Mount Kimbie release, but the band has shared a few new singles with us in the recent months. Their Sasquatch set was scheduled at somewhat of an unfortunate time, as many potential Mount Kimbie fans were busy lining up for Headliner of the night Chance the Rapper. Nevertheless, with a few additional live members playing the night’s set, Mount Kimbie still owned the dance tent with some unique and spacy sounds.

Chance was a good choice to close this year’s Sasquatch, as his music really brought something for everyone in attendance. Not only was his set fun, but Chance radiated an air of genuine happiness and thankfulness to be a part of our nights. Chance played a few of the hits such as “No Problem” and “Blessings” off his most recent and popular Coloring Book, as well as a few songs off the older and less widely known 2013 mixtape Acid Rap to fulfill the hopes of some of his older, more devoted fans.

Sasquatch was, without a doubt, significantly better than I had expected. It was a shame so many people, myself included, were blinded to the variety of notable bands in attendance by the mishaps the festival had with booking and headliner choice. Even though on this year’s lineup there were significantly less bands marketed to indie music fanatics than in previous years there were still plenty to keep one busy, and with attendance numbers so low between 2015 and 2016 who could blame the festival for trying a new direction in booking anyways. Yeah sure, 21 Pilots was headlining the event, and yeah sure, they aren’t considered one of the most musically in-tune bands out there, but they sure scared enough of you away for me to enjoy American Football all to myself.