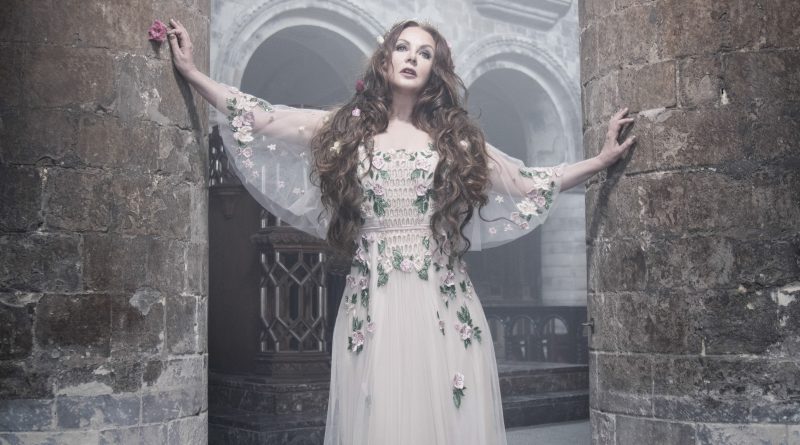 “We’re going to bring you an evening of wonderment,” Sarah Brightman promised at the beginning of her show last Saturday at Seattle’s Paramount Theatre, in support of her recent album, Hymn. And did she deliver. The Paramount stage was filled from side to side with a mini orchestra, a choir, and a rock band. There were flashing lights. There were mountainous clouds of dry ice. And in the midst of it all was Brightman as a dazzling centerpiece, dressed in an array of sparkly attire (the sparkle courtesy of Swarovski crystals, which, she says, “reflect light in so many ways”), elaborately crafted dresses that made her look like she might have wandered over from Comic Con, going on just a block away.

But while Brightman name-checked Pavarotti during the show (calling him her favorite tenor), she brings more of a modern touch to her work. The show’s opening sequence, with the band rocking out, the violins playing with soaring relish, the choir in full ascent, the lights flashing and dry ice billowing away, was pure, dizzying Euro Pop. There was a continental flavor that’s different from American shows, something that taps into ancient lore as well as the modern age. You were swept up in the theatricality and spectacle from the very beginning, especially in the uptempo numbers. Which invariably ended with Brightman striking some sort of dramatic pose.

The show was a mix of songs from Hymn and older fare. Of the newer material, “Follow Me” was one of my favorites, a seductive siren call to the islands, with Brightman swaying like a hula dancer to the alluring beat; a kind of gothic “Bali Hai.” She was accompanied by not just one, but two tenors, Vincent Niclo, and Narcis, the latter billed as “the ‘Wunderkind’ of the high register,” whose soaring voice triggered more applause (it made me think; this is the kind thing Klaus Nomi could’ve gone on to do). Another of the show’s highlights was when Narcis joined Brightman on the popular “Pie Jesu” (“Pious Jesu”), from Andrew Lloyd Webber’s “Requiem”

There was a lovely take on Queen’s “Who Wants to Live Forever.” And she gave a nice twist to “Time to Say Goodbye,” her worldwide 1996 hit with Andrea Bocelli. That version has full instrumental backing. Here, she started out more simply, playing the opening sequence on the piano herself; recasting a classic in a new setting.

Then, the mood abruptly shifted, and, as the choir sang brief excerpts of “Masquerade” and “The Angel of Music,” you knew that a song from the musical Brightman is most associated with was about to appear: The Phantom of the Opera (also by Lloyd Webber, Brightman’s ex-husband). Unfortunately, it was just a single number, the title song, with Brightman now dressed in red, and Niclo singing the Phantom’s part. Great fun, but over too soon; a medley of songs from the show would work nicely.

The encore featured a good version of “Ave Maria,” tying in with the other religious-themed material of the evening (also including “Better is One Day” and “Hymn”). And then Sarah Brightman was gone, walking with regal stateliness back into the dry ice from whence she came.