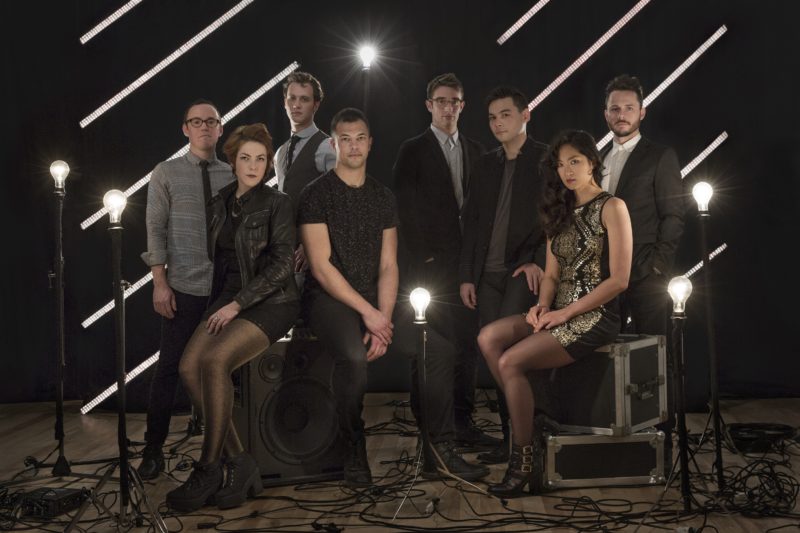 Few bands in modern-day baroque pop music are on the same level of critical acclaim and talent as Brooklyn’s San Fermin. Since their formation in 2011, the band has been a heavyweight in the indiesphere, releasing records through prolific indie label Downtown Records. The band has been on the touring circuit for a handful of years now, with a lot of appearances at festivals and headlining shows northwestern and beyond.

In advance of their forthcoming performance at Neumos on March 29th (with Esmé Patterson opening), we had a chance to speak to the band and ask them more about their formation, dynamic as a band, and what we can expect from the tour and Neumos performance.

NWMS: How did you pick the name?

SF: I liked the image of thousands of people running from something.

NWMS: When did you know that you wanted to create a band?

I sort of didn ‘t? I knew I wanted to write an album, so I did that, and then when Downtown Records expressed interest in putting it out, they were like, “so, you’ve gotta tour this thing.”

NWMS: How did it end up being an 8-piece?

That first record had something like 22 musicians on it. Once I decided to turn it into a band and start touring, I had to whittle it down to a number that was more manageable. Eight was a number that was big enough to convey the scope of the music but small enough to fit onstage.

NWMS: How do you decide what songs will have a male or female lead?

It’s one of the first things I decide when I’m writing. It has to do with content. Often the angrier songs go to Charlene and the warmer ones go to Allen. I think it has to do with offsetting the natural tendencies of their voices. Char has a bright voice, so it’s fun to give her something dark to sing- And Al’s voice can be kind of dark, so if you give him a bit of warmth it evens things out.

NWMS: When composed did you have a specific sound in the vocals you were looking for? Is that why you don’t sing?

I don’t sing because I don’t have a good voice for the kind of music I wanted to write.

NWMS: What is the difference of writing the first album to Jackrabbit, which became a band project?

I was able to lean on the players a bit more. I fit the parts to their specifications, like a tailor.  Also I thought a lot more about how It would sound live.

NWMS: It feels as if you’re creating a storyline in your albums, something fans widely enjoy, how do you come up with the progression/sequencing of the tracks?

I want it to feel like the conversation is going somewhere as the album progresses. I’m not trying to make a literal narrative, but I’ve always liked when an album takes you somewhere and you end up in a different place than you started.

NWMS: How is the tour going?

It’s great. We genuinely like each other, which is a plus.

NWMS: What song are you enjoying the most playing live at the moment?

I’ve been writing new songs for an upcoming LP, and we’re playing some of those live for the very first time. There’s a song called “Dead” that’s been super fun to dig into. My part is really athletic, which is a challenge.

NWMS: Weirdest mail/gesture from a fan?

I signed a guy’s face one time, that was a first. Nice guy, though.

NWMS: What music influenced your childhood?

Paul Simon’s Graceland and The Beatles’ Abbey Road were the first albums I remember really loving.

NWMS: When did you start playing? Writing?

I started playing piano when I was 8, and started writing basically at the same time. Though I didn’t take composition lessons until was in college.

NWMS: Hobbies outside of music?

I’m a serious basketball fan. I used to play seriously and travel a lot for that, which wasn’t so different from touring really.

NWMS: Tell me something interesting about yourselves that you don’t really mention in interviews.

Three of our band members have a side project called Stereo Trash in which they switch instruments and paint their faces.