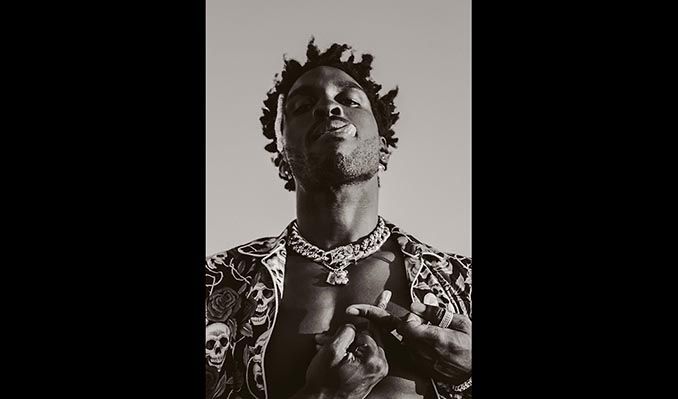 SAINt JHN is an emerging emcee with a sophisticated, dynamic approach to the rhymes he spits. Bringing a cinematic presence and harmonious hooks to his vocals, the Brooklyn-based rapper is gaining recognition for his distinct style. Born Carlos St. John in Brooklyn, he was the son of a preacher and one of nine siblings, who also happened to grow up bouncing back and forth every few years between America and Guyana. Noting the favorable exchange rate between the two nations, their Brooklyn-based mother regularly sent money to support SAINt JHN and his siblings. SAINt JHN recalls his humble roots as the “barefoot, shirtless kid bathing in the rain, fetching water up the street.” At a glance, his childhood can be mistaken as an exotic tale brimming with travel and culture, though in truth, it was a crime-ridden adage steeped in poverty.

As a witness to his brothers’ ill-fated attempts at lawlessness, SAINt JHN learned at an early age his options were to either sell drugs or make music. And while he too tested the waters of drug dealing, he quickly learned what he stood to lose was greatly disproportionate to what he stood to gain. “I wanted to change my family’s lineage,” he proclaims. It was at this time he started his decade-long journey to pursue a musical career with acute precision. He credits watching his older brother, an active rapper who participated in cyphers, as a defining moment in his discovery of hip-hop as an art form.