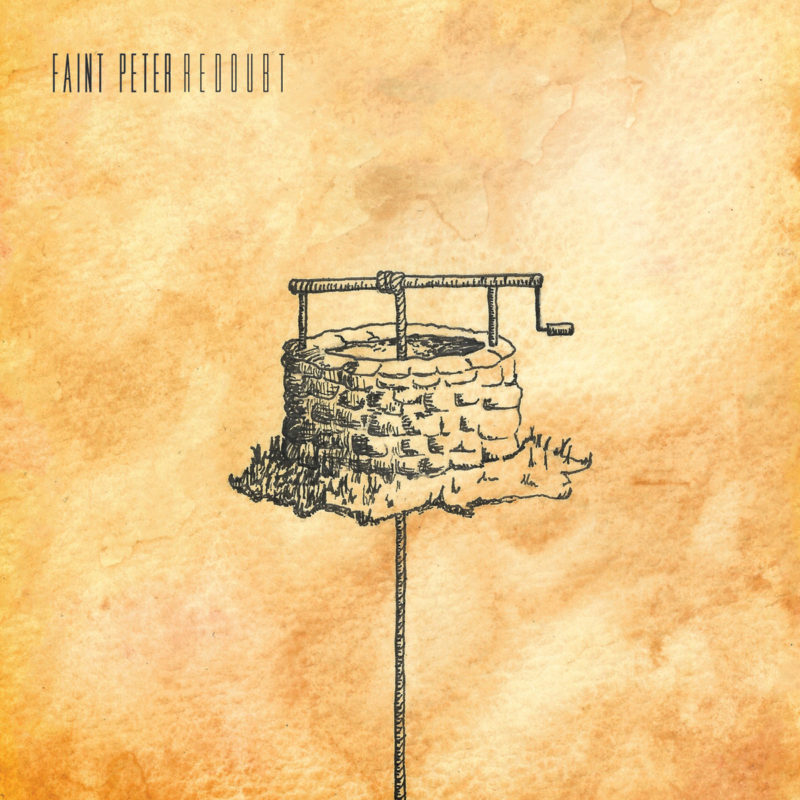 My first inclination upon hearing the opening strains of Faint Peter’s debut album Redoubt is to say that it sounds an awful lot like a pared-down Fleet Foxes, and not in a bad way. There are the same soaring vocal harmonies, the finger-picked guitar work. But get to the third track “Waiting” and suddenly there’s something else happening here, as a bit of tender R&B works its way into the falsetto-laced mix. The track is a self-inflicted case for being open to love, marking a romantic theme that sweeps through the album.

Featuring nine tracks created over a period of two years in various basements and living rooms around Seattle, the release marks the debut of Boston-born, Seattle-newbie Joseph Peter DeNatale. And it’s an impressive start. His sparse tracks rise and fall into lush sweeping arrangements that create an ample scope of emotional push and pull. The quiet folk of “The Cure” takes on a shimmering rise and fall reminiscent of The Swell Season, and then breaks out in a foot-tapping beat, only to crest in a tinkling instrumental.

The vengeful storytelling of “What You Took” sees DeNatale tear through a past relationship with raw, stretching vocals and you can see him pleading solo on a quiet stage. From there he travels to “Texas” in search of a girl to rebuild with, and the slightly twangy, almost Mariachi guitars add a surprising flair to the track, accompanied by the repeated refrain, “Maybe she will save my life.”

So where to go after Mexico? Why, Canada of course. The quiet closer to Redoubt, “Ontario” is a steady, graceful folk song with a near-whispered vocal track that wraps back around to the same soaring harmonies that we started with. It’s an impressively well-built album that balances influence and originality, its unpredictable nature and straightforward delivery making it hard to turn off.

(The album is set for release on February 25, 2016, but you can pre-order now at https://faintpeter.bandcamp.com/)