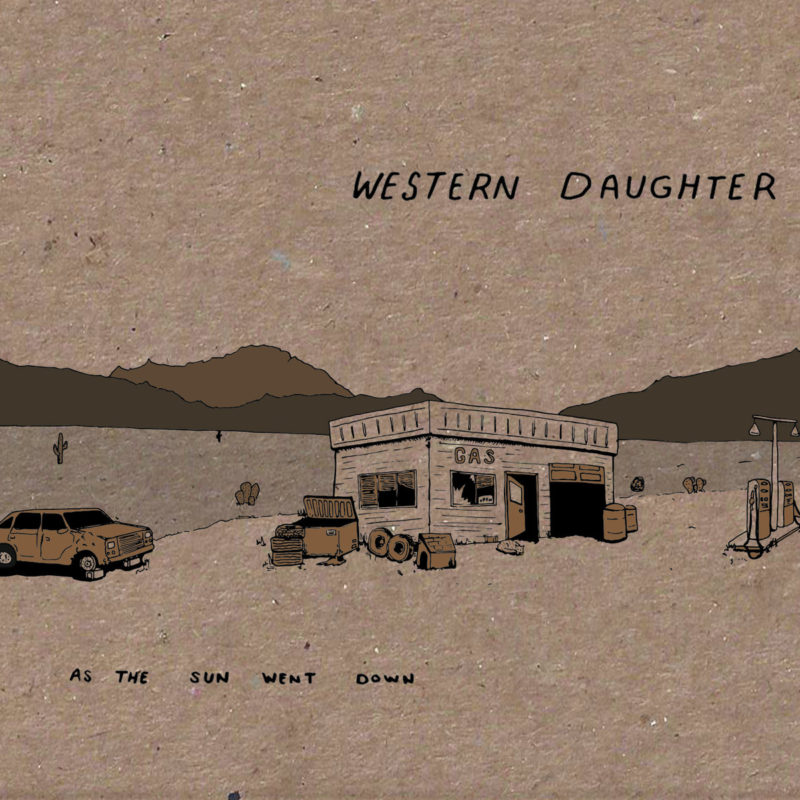 In the beginning, there was punk. Punk gave birth to grunge, grunge gave way to post-grunge, and then post-grunge disappeared while bands like Nickelback buried them with their repetitive riffs and obnoxious lyrics. Fans of grunge lamented the days of The Dead Milkmen, Camper van Beethoven, and of course the hugely popular Nirvana. It seemed that grunge was dead and for the most part, gone forever. But there is hope! Western Daughter is resurrecting a bit of the punkier side of the grunge sound (in Boise, Idaho, of all places) with a  new EP, As the Sun Went Down.

Recorded live in two days, As the Sun Went Down has a very raw sound reminiscent of some of the first offerings of some early 90’s grunge-era bands. It opens with “At Least Nobody Got Hurt,” a simple ballad with strummed guitar and Taylor Robert Hawkin’s vocals laid on top. If it doesn’t grab you right away, or you think it’s something that’s not quite your thing, keep listening. The second track “Except You” invokes a bit of the 90’s grunge era with some lush chords and dreaming overtones.

The EP really kicks in with some great angsty lyrics and drenched in the bittersweetness of youth with “My Room Is a Mess” and “Downtown Again.” What is beautifully appealing about this EP is the rawness of the vocals, the lyrics, and the skill in which the rest of the band gels together. It’s a pretty fantastic raw album. I do recommend listening to it on repeat, albeit skipping the first track the first listen through, although I get why it’s first when I read through the track titles.

If you long for punk-laden grungy garage rock, this is the EP for you.  Hawkins, Cameron Brizzee, Jess Hope, Zachary Sherwood, and Taylor Raymond lay down a solid EP that is filled with everything you want from this genre. This self-release is a good foundation for what is yet to come from this band. Keep your eyes on them in 2016.

(As the Sun Went Down is available on Western Daughter’s Bandcamp page via a pay-what-you-want business model. You can stream the track “Downtown Again” below.)