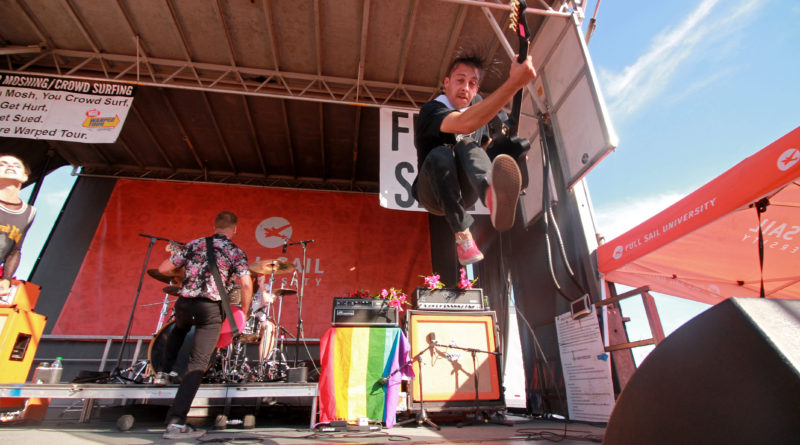 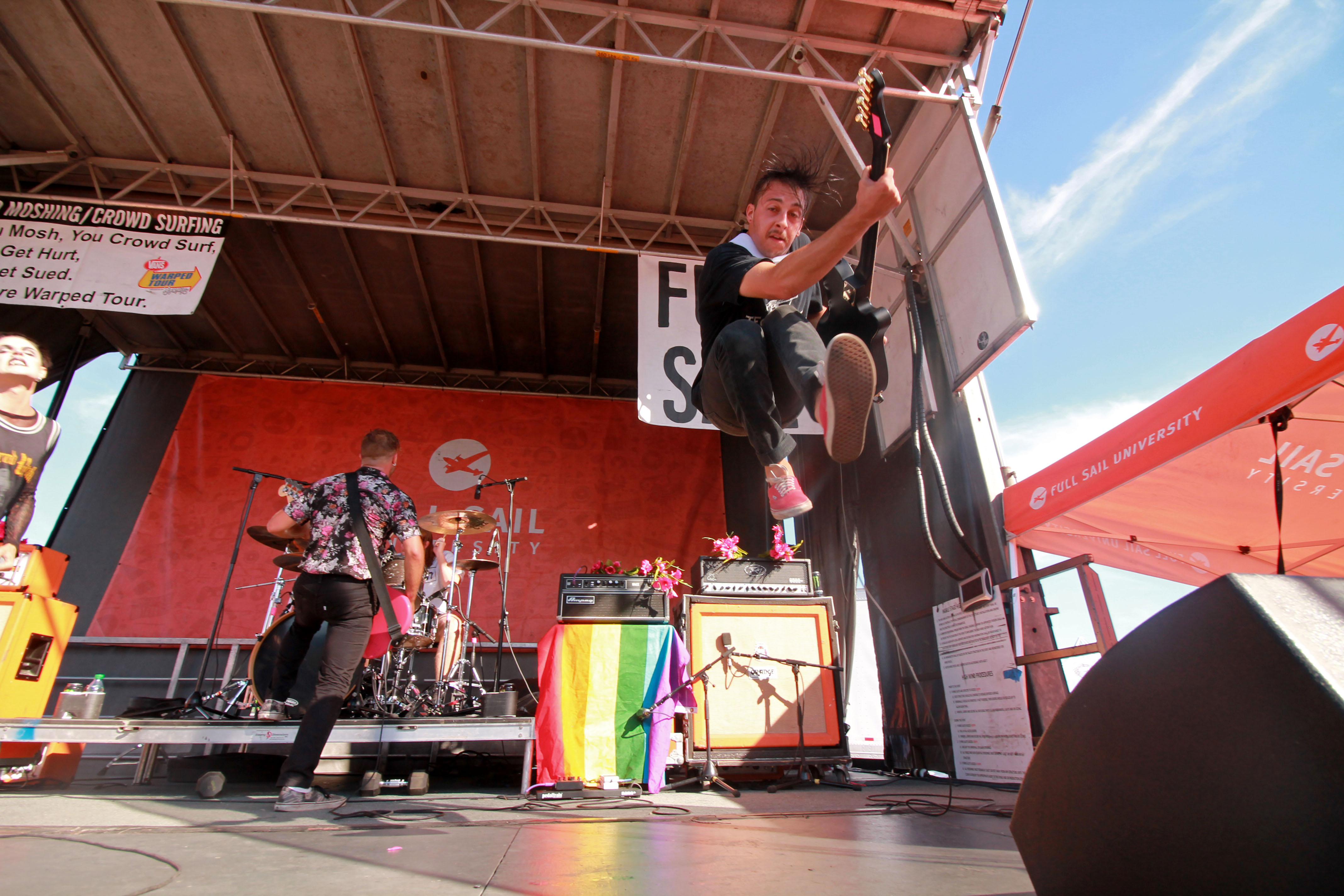 As the clock struck 11:00 and eager fans were finally being led into the venue, I observed as giant crowds of people rushed to go buy schedules to see when their favorite bands were playing. I, on the other hand, rushed to the Journey’s Right Foot Stage right as I heard The Home Team start their set. Being one of the first locals I ever saw and one of my favorites to this day, they never disappoint. Even on a tour with a majority of large touring bands who can do this in their sleep, the did such a good job of showing their sense of belonging in such an environment by putting on one of the best shows I’ve seen them play. They seemed genuinely excited to play and that energy was contagious in terms of the crowd. 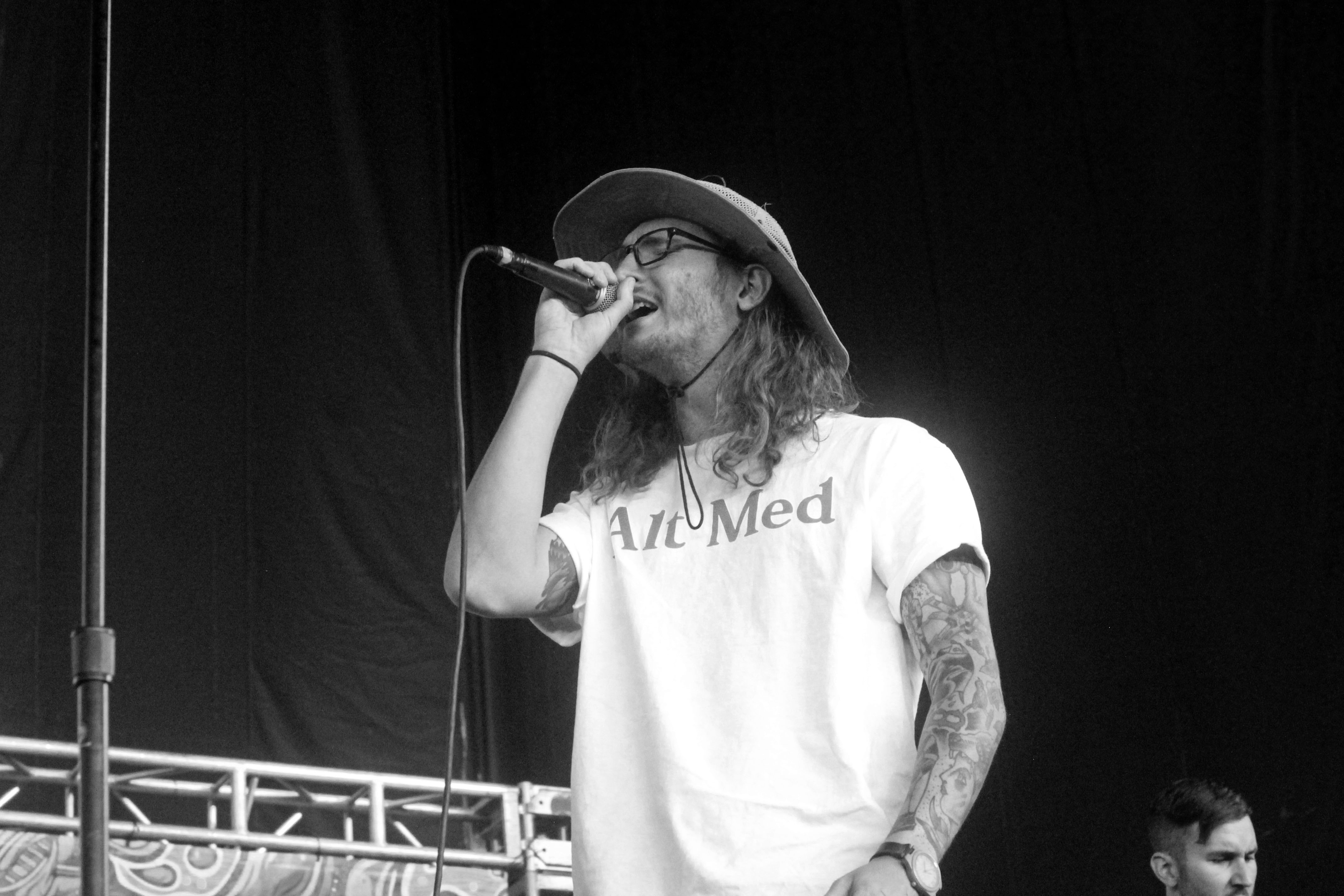 As The Home Team ended their hit “Somebody Poisoned the Wishing Well,” I began to aimlessly walk, hoping something would catch my eyes and ears. Thankfully, I walked by Old Wounds during their set, and this was by far one of my favorites of the day. From their inspirational ideas represented not only in their music but also their lifestyle to their overall performance, this band was thoroughly impressive. One moment vocalist Kevin Iavaroni was on stage screaming his heart out, the next he was on the ground, surveying the crowd for those worthy of a mic feed to share this beautifully chaotic moment with him. It seemed there was never a moment of idleness during their set; not only the band, but the crowd of passionate hardcore kids made that so.

The minute I heard that Issues was playing the 2016 Warped Tour, I knew they were one of the bands I absolutely had to see. From Black Diamonds in 2012 to their latest album Headspace, which just came out May of this year, Issues have never failed to add a unique sound to the Warped Tour scene of music. As they opened with a witty cover of the Pokémon theme song, the crowd was already singing along at the top of their lungs. You could tell they were having a blast on stage as vocalists Tyler Carter and Michael Bohn were cracking jokes amongst themselves, dancing, jumping, you name it. It seemed that the crowd was very clearly giving it their all from the very beginning until the band began to play their hit “Blue Wall” and the pit spanned for what seemed like 90% of the whole crowd. 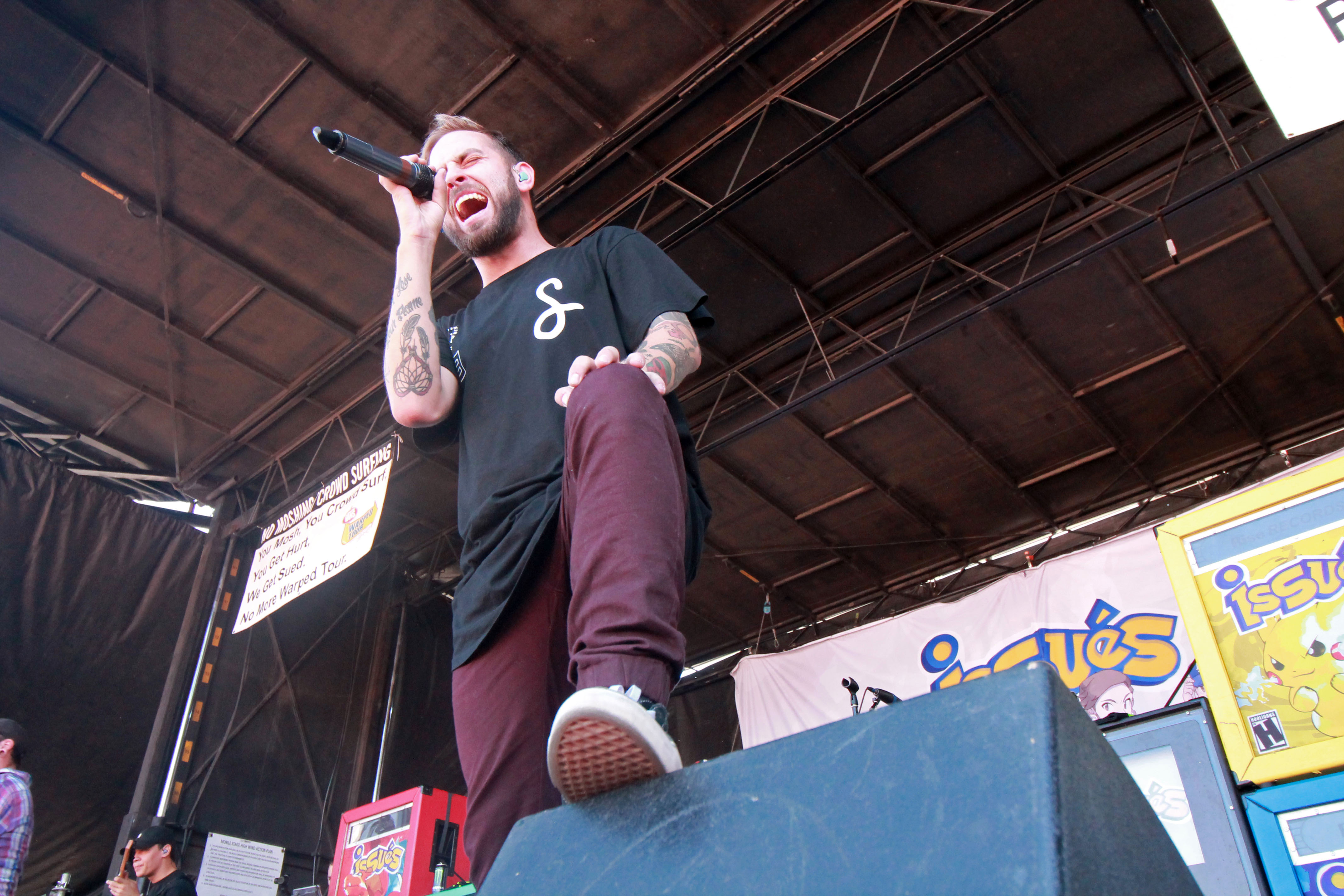 Before I knew it, the last bands of the day were beginning and there I was at Emarosa‘s set. This was another band I’d heard a lot of good things about, so I figured I’d better stay and check it out. I had the pleasure of seeing them perform with guest vocalists such as State Champs‘ Ryan Scott Graham, Against the Current‘s Chrissy Constanza, and more. Although I knew none of the words to their songs, Emarosa did an amazing job of making everyone in the crowd feel not only welcome but involved. Vocalist Bradley Walden emits so much emotion as he performs. Not one member seemed afraid to put all of their feelings out their as they performed and that’s art in the truest form. All in all, Emarosa’s set was a great way to end an absolutely great day at Vans Warped Tour. If you ask any fan who goes to Warped Tour annually, they’d most likely say this event is the best temporary escape from the harsh realities of life, and I would agree 100%. 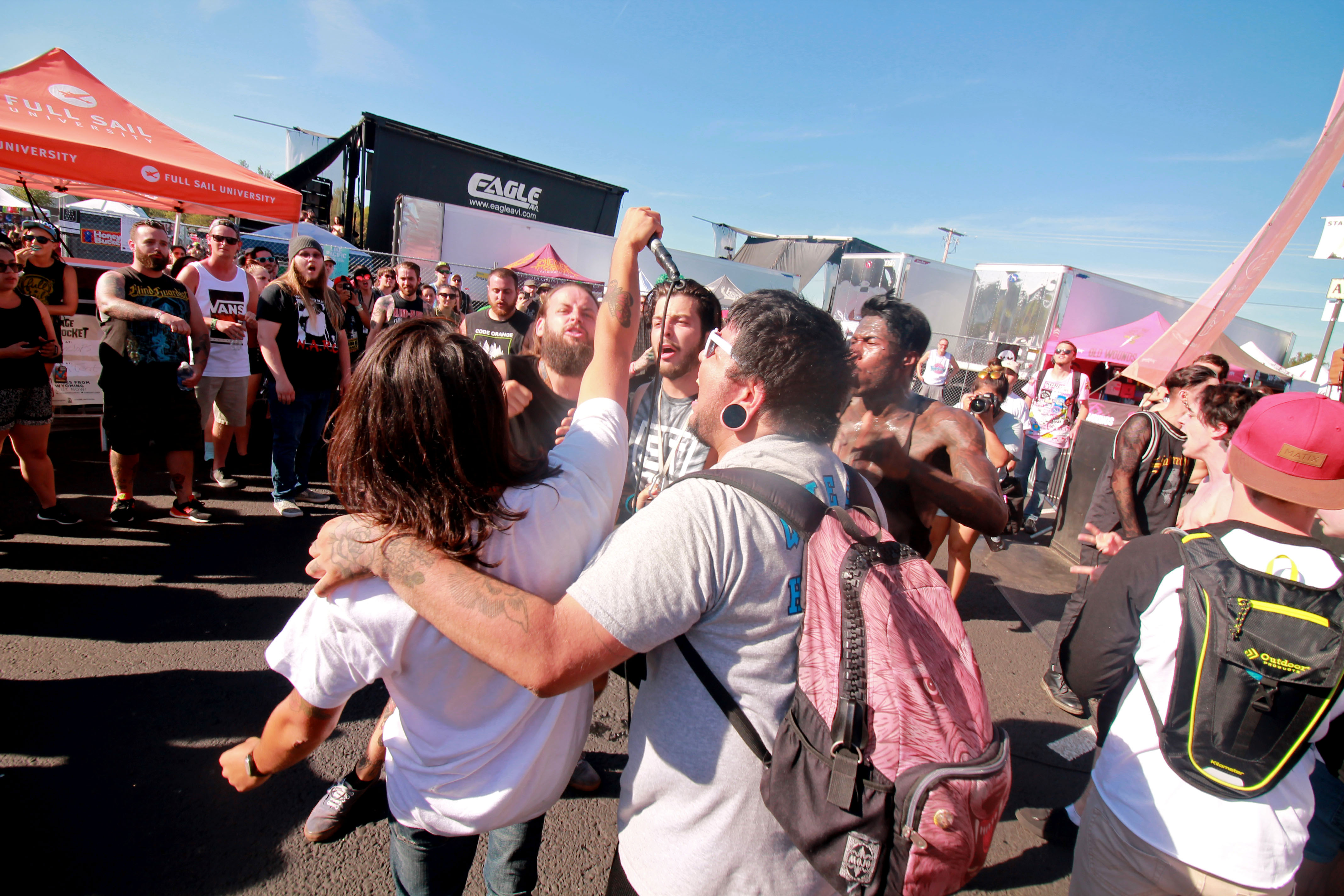