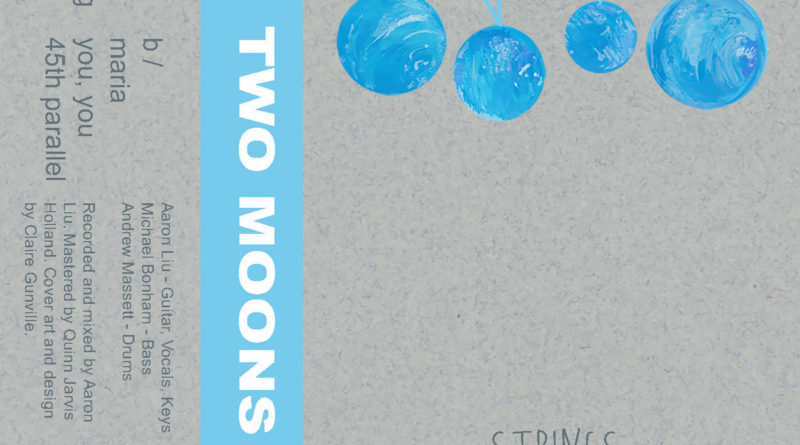 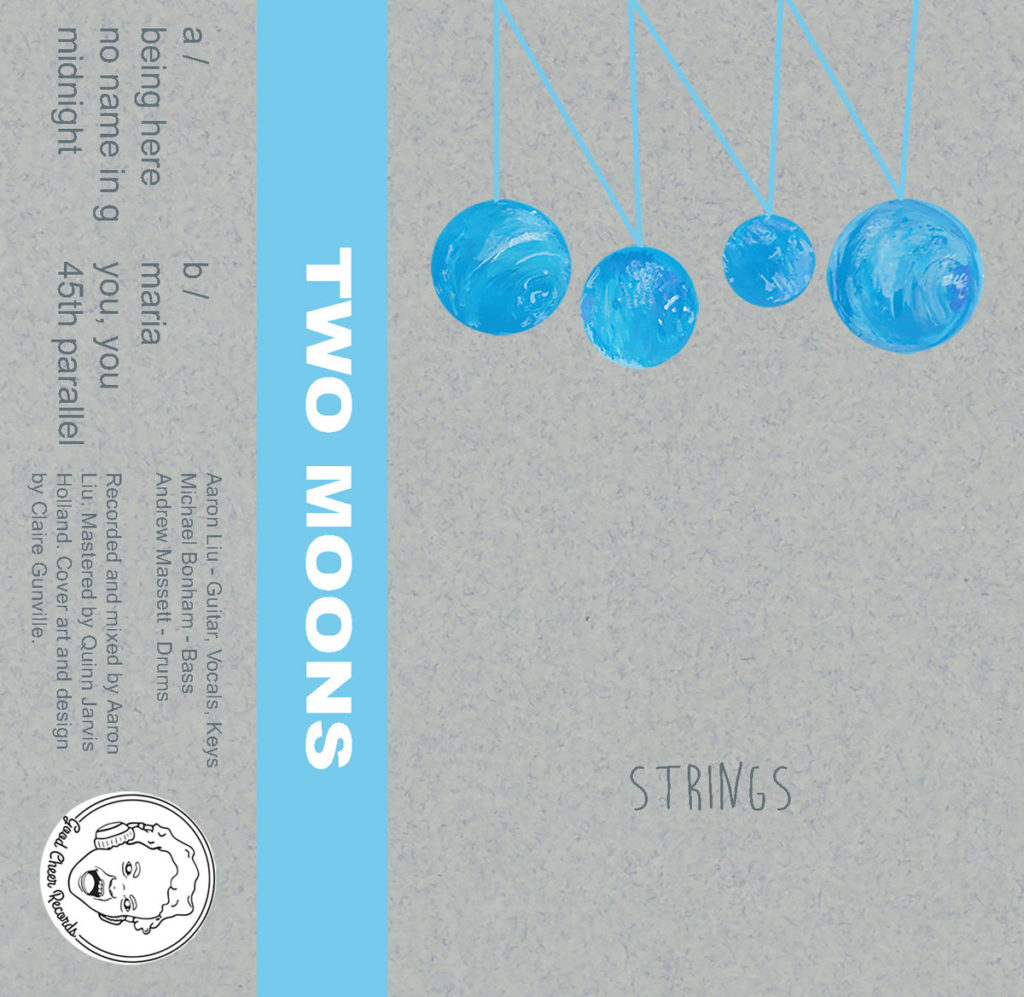 As we head into the next few weeks of the Pacific Northwest’s February fake-Spring it is important to update our daily playlists accordingly. The February 3rd release from Portland’s Two Moons provides the perfect soundtrack to this sunny Pacific Northwest gloom. Released on Portland label Good Cheer Records, the raw, jangly, dream-rock sounds of the album Strings will elate fans of Tame Impala, Tegan & Sara, The Dodos, and Ra Ra Riot to name a few.

The opening track “Being Here” starts the album off with a laid back beach-rock sound reminiscent of Cage the Elephant, or The Beach Boys if they had formed among evergreens and redwood forests.

“No Name In G” transitions into a more streamline rock sound along the lines of The Smashing Pumpkins and 90’s rock. In case you were wondering, the song is actually in the key of G. I checked.

“Midnight” continues the feel of the first two songs both in tempo and instrumentation, and “Maria” follows suit with the variation of some stripped back vocals. Both serve as jazzy rock numbers that would play nicely in the background of a home-made pasta making session.

“You, You” changes things up with intimate vocals and light instrumentation. The slower tempo prepares to bring the album to a close, and calls for a slow dance with someone special.

The final track on the album “45th Parallel” picks up the pace and brings the sound full circle back to where it began with the addition of a slightly experimental edge.

So as the days slowly start staying lighter longer, and the rain doesn’t pour quite as hard as it will in the summer months, put on Strings to whisk you away to sunnier places.

(You can listen to Strings below and purchase the album at Bandcamp, and get more info about Two Moons on Facebook HERE.)