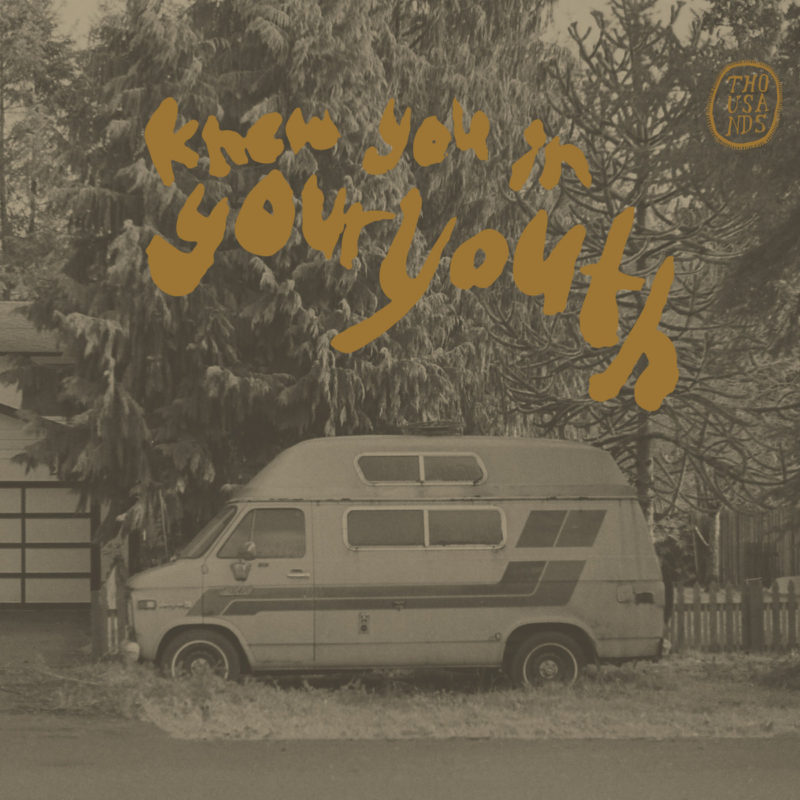 Does anyone remember Simon and Garfunkel? You know, that duo from the 60’s and 70’s of last century. The guys your grandparents swoon over, assuming they were geeky hipsters and not total hippies. Thousands, a band from the greater Seattle area, has an updated sound and feel similar to the duo’s lofty ambitions on their most recent release Knew You In Your Youth. Recorded at The Unknown in Anacortes, WA, Knew You In Your Youth is a beautifully assembled and essential album for anyone looking to diverge from the norm with a retro flair, but with distinctly contemporary offerings.

From the moment Kristian Garrard opens his mouth to sing “I’m An American,” I was in. His delivery and timbre is reminiscent of Paul Simon, and the lyrics are equally well composed. This album is definitely grittier, but has such great tones and an overcast that absolutely captures the Pacific Northwest. While it is a strong release on the whole, none of the songs have really any strong melodic hooks, but the beauty is in the vibe and in the lyrical stories woven by Kristian Gerrard. The bass is subtly and wonderfully played by Abbey Blackwell. Ronan Delisle’s guitar is gorgeous, painting dulcet tones and walls of muted feelings. Evan Woodle’s drums are present but never overpowering, perfectly in vibe with the rest of the band.

The tracks to really dive into are “I’m An American,” “I Wanna Know,” “Wrecking Ball,” and “So, Torn Wide Open.” It’s a great album to listen to. You won’t find yourself singing along, but rather deep in thought over the lyrical compositions. Knew You In Your Youth is an instant classic, and should last for a long time in your collection.

(You can purchase Knew You In Your Youth digitally for $7 via Thousands’ Bandcamp page. Stream the track “I’m An American” below.)