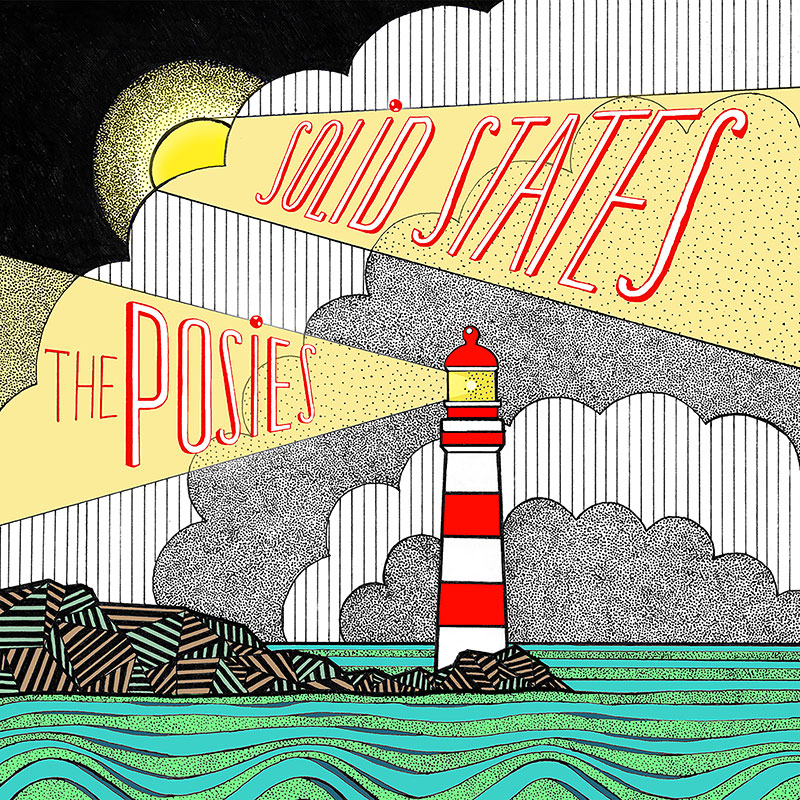 It’s been six long years since The Posies released an album (Blood Candy, which came out in 2010). But the arrival of Solid States makes the wait worthwhile.

The album gets off to a terrific start with “We R Power.” Strong pop hooks have always been front and center in the band’s music, and this song is no different — 15 seconds in, and it’s grabbed you. It typifies the sound the Posies have had from the very beginning; rollicking pop with a dash of bittersweetness.

There’s a decided Back-to-the-Future vibe to the album, which was recorded in the home studios of Posies’ founders Jon Auer and Ken Stringfellow, just like their very first effort, Failure, way back in 1988. And the topics are much the same; love, for one, in all its many faceted forms. The slower-paced “Unlikely Places” is a modern day version of “Walking After Midnight,” a wistful reminiscence. The thoughtful “Titanic” uses a clever metaphor in its description of (potentially) lost love, “Raising the Titanic of your heart,” as the music rolls and roils like the sea underneath.

But there’s a maturity to the band’s music now. And while this writer would love to have more uptempo romps like “We R Power,” the album’s more tempered pace works well in highlighting the band’s gorgeous sound throughout the album. The harmonies are so tight, you’d think Auer and Stringfellow were brothers; just listen to how they languorously they wrap around each other on “Scattered,” set against a gently percolating backbeat. Or consider just how simpatico they are on songs like “Squirrel vs. Snake” or “March Climes,” with vocals that beautifully mesh together with the musical backing, creating a glorious wash of sound.

All this, plus the heartrending “The Sound of Clouds” and the coolly cynical “M Doll” as well. It’s the kind of record meant to be spun over and over again. Savor the moment, Posies fans. You’ve earned it.

(Released on May 20th, you can purchase Solid States through lojinx.com/releases/the-posies/solid-states on every format you can imagine. Stream “Unlikely Places” below.)