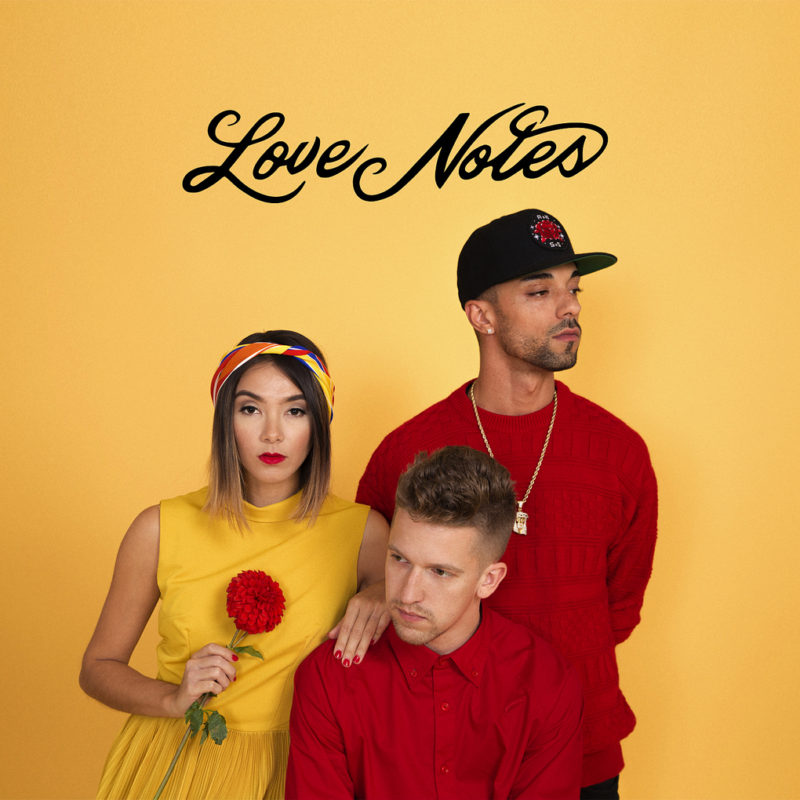 It’s rare that a release can manage to wow you within seconds. Usually studio releases take their sweet time to wrap you up in their own musical world and endear you to what they’re offering. But just from the slow-burning opening of “Majesty,” it’s clear that The Flavr Blue isn’t looking to make any small talk. An atmospheric, watery intro, perfectly sold by the sensual, hair-raising vocals of lead singer Hollis Wong-Wear, perfectly foreshadows what’s ahead: an EP with an omnipresent beautiful atmosphere, applied to eight sharply-written synthpop and R&B tracks.

Self-released on November 20th of 2015, the Love Notes EP is the Flavr Blue’s first studio release in a couple years, and you can tell the band spent the intervening time honing their sound and making sure their dynamic as a band was realized to a tee. Stylistically, the album sits comfortably between contemporary synthpop, indietronica, and alternative R&B, with the occasional nod to Prince-esque R&B from the 80s. Singer-producers Parker Joe and Lace Cadence produced this EP immaculately, lacing these songs with loads of glossy synthesizers and guitar, setting the perfect backdrop for Hollis’ vocal magic. The vocals are soaked in just enough reverb to give these songs a lot of scope without being overbearing or distracting. Fellow fans of alternative pop music that tried really hard to like Halsey, but just couldn’t, will likely find the Flavr Blue to be just the right amount of tasteful and creative.

There are a couple of weak spots that can occasionally make Love Notes a bit of a slog. “Supply” is one of the smoothest and most seducing tracks on the EP, but the vocals that show up towards the end are way less distinctive and impressive than Hollis’. Meanwhile, “Pretty Girl,” a collaboration with singer YMTK, doesn’t have much of an identity of its own; it’s a track that sounds like it could’ve been passed along to Jeremih and no one would cry foul. But these aren’t enough to ruin what’s ultimately a great and damn fun EP. The Flavr Blue is the Seattle pop act to watch out for.

(You can purchase Love Notes via iTunes.)