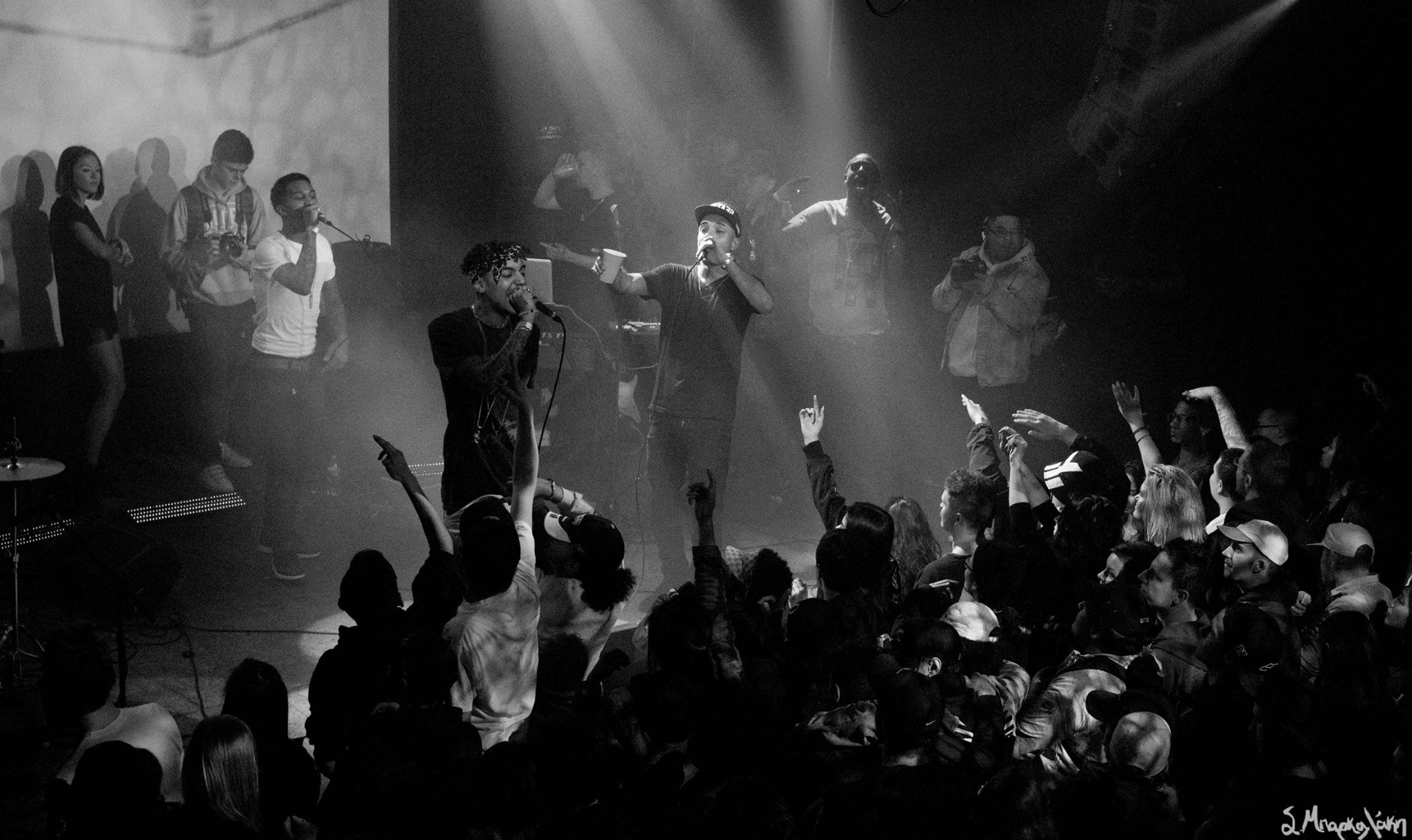 Seattle’s own The Flavr Blue concluded their ‘Love Notes Tour’ at a sold-out Neumos. The night started with Isabella Du Graf taking the stage on this Saturday night as the place got packed to the max. This was an all-ages show, so a lot of people were hanging out on the balcony floor, which served as the bar.

Blueyedsoul went on to DJ after keeping the party going getting everyone ready for the main act. Shortly after 11, Grant Eadie, aka Manatee Commune, jumped on stage and played an intro on his electric violin. Then Lace, Parker and Hollis joined him to kick off the show together. This was cool because it felt like a jam session among good friends and made it different and more special than just a cold open. He stayed with them for a few songs and then they kept their show going.

The group, which travelled all the way to the East Coast last month, played tracks off their new Love Notes EP, which had everyone singing along. At points, they covered Usher’s “Make Me Wanna” and even Nirvana’s “Lithium” towards the end of the set. The trio is making waves around the nation, and it’s no surprise once you see them live. Their on-stage chemistry and interaction with the crowd make it a fun show that is enjoyable until the last beat.

After their encore the stage flooded with more artists, including special guest MackNed, whose album coming out next month was produced by the trio. They performed a few songs together, giving us a little taste of what is going to follow. It was great to hear all the different sounds and influences the group has to offer; you can sense the talent and potential they share. They are great live, and I can’t wait to see what the future holds for this hometown music talent.