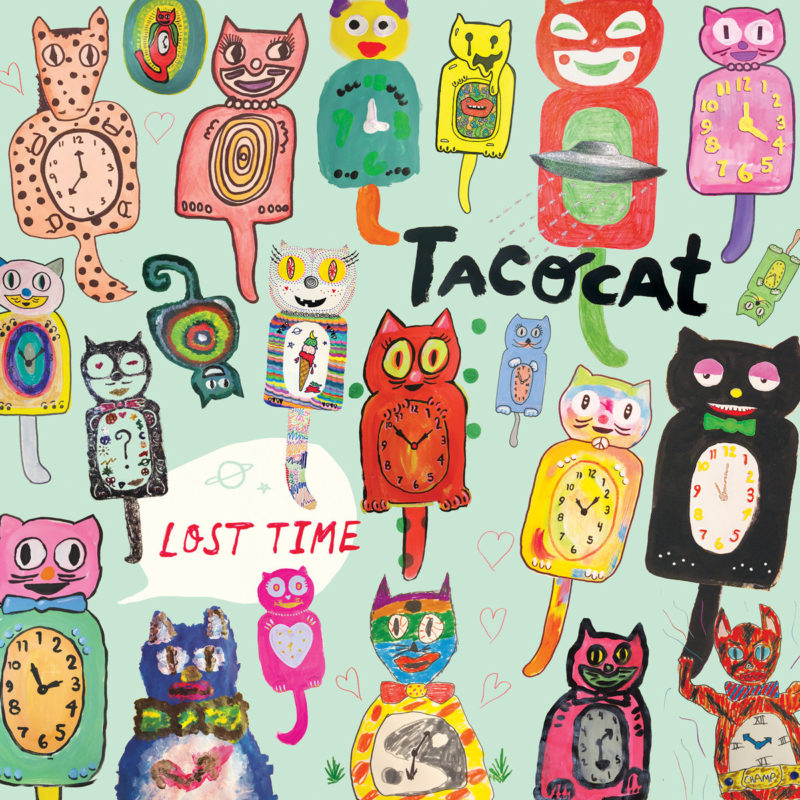 Tacocat’s brand of power pop is irresistible; put on any track from Lost Time and, unless you’re brain dead, your toes will start a-tapping. But while laying down the kind of groove that makes it easy to rock out, the band also takes care to match the upbeat spirits with clever — indeed, often pointed — lyrics.

Take the first single, “I Hate the Weekend,” for example. It’s sung from perspective of those who have to deal with the folks for whom “the weekend” means the time to cast off all responsibilities and revel in making a drunken fool of yourself. (“Yeah, throw up in the street all you like, but who has to clean it up?”) Or the self-explanatory “Men Explain Things to Me,” bemoaning those guys who take up all the space on the sidewalk and are always telling you to calm down. The Tacocat crew knocks that kind of behavior right on its head with a bright “You’re a cliché/useless in every way.” “The Internet” is more somber — even the beat’s more mid-tempo than fast and furious — in its dissection of the cruelty one can spread from behind the safety of your keyboard: “When you’re anonymous/no consequence to fear.”

It’s not all serious issues, of course. The opening track, “Dana Katherine Scully” is a tribute to the X-Files character, while “You Can’t Fire Me, I Quit” is a punchy break up song; “I Love Seattle” heralds the city despite possible environmental problems. (“Earthquake, tsunami/There’s still no place I’d rather be.”) The barreling drums and crunchy guitar, topped off by Emily Nokes cool vocals make Lost Time a real sweet treat, and one with enough tartness to give it some bite.

(Lost Time is available for pre-order through Tacocat’s/Hardly Art’s Bandcamp page digitally, or on CD/vinyl. You can stream “I Hate the Weekend” below.)