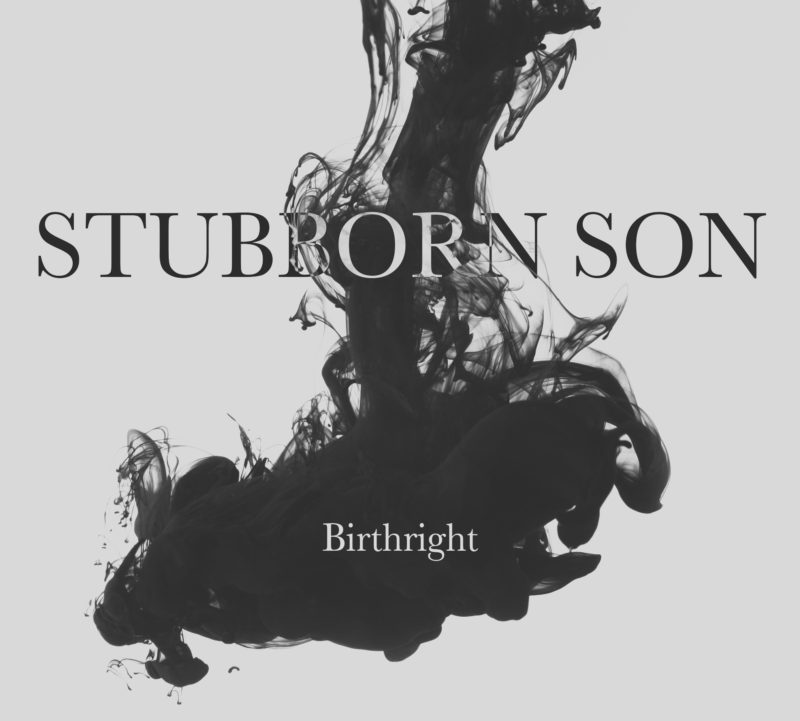 Released independently last July, Birthright – the debut album from Seattle’s Stubborn Son – has the makings of a fertile start for the three-piece. While the band isn’t coming out of the gate with anything mind-blowing, they’re certainly hitting the blues rock nail on the head. The album feels honest and not overly-produced, full of fingers on strings and echoing vocals.

Lead single “The Broken Heart Proof” sits strong in the opening slot of the 10-track record. Lead vocalist and guitarist Garrett Lamp leans into the lyrics with all his might, “If a broken heart proves we’ve got everything to lose, I’ll be a lonely soul, a lonely soul,” while wailing away on his acoustic slide guitar. There’s an immediacy to the beat and bass line, carried by bassist/vocalist Andrew Knapp and drummer Blair Daly. The tracks are, for the most part, concise, edited into well-arranged, tidy punches.

From there, the album carries on with riff-driven intensity, yet there are balanced moments of quiet, slow-building groove. “Make Believe” dives in and out of its psych-rock flair, a slow beat and tinkling cymbals, waiting for the bass to hit and the chorus to catch. “Head Above Water” has an undeniably sultry groove, but keeps the band’s no-frills aesthetic intact. There are a ton of influences here, from The Black Keys to Robert Johnson, and given that the band worked with acclaimed producer Martin Feveyear (Kings of Leon, Mudhoney, Mark Lanegan) at Jupiter Studios, there’s plenty of northwest rock knowledge to be had.

Try “Voices” for a nearly six-minute ode to soul-searching, “It’s time to go hunting for the devil that lives inside my head. He lives right behind my eyes and whispers in my ears every night I lay down to bed.” The track starts off like a slow nightmare of bluesy balladry, building up into a lineup of instrumental solos like any good rock classic should.

“Make Your Heart Stop” provides a tenuous close to the album, with the tale of a dangerous, lusty attraction broiling from the inside with bluesy riffs, and blowing up into a gritty, unruly finish. The album is a solid debut from a promising local band, an approachable record that will be hard to get out of your head.

(Birthright is available for purchase via Amazon and CDBaby. You can watch the music video for “The Broken Heart Proof” below.)