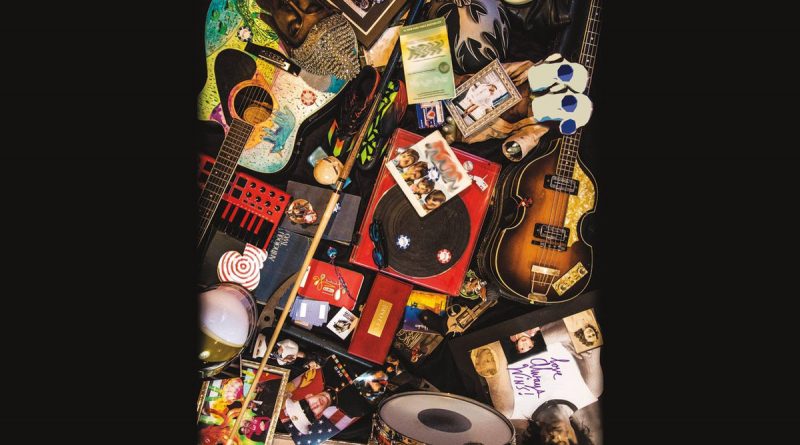 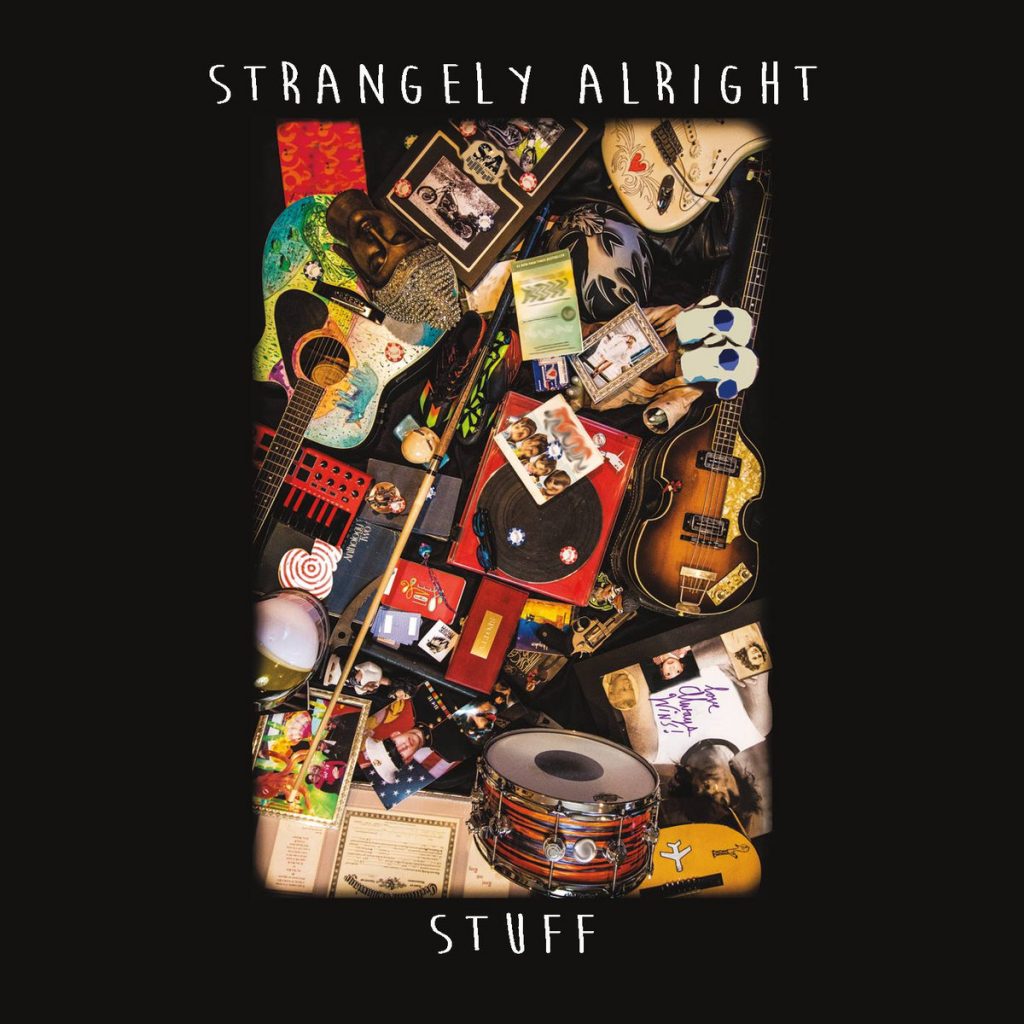 “Actually this is just a place for my stuff, ya know? That’s all, a little place for my stuff. That’s all I want, that’s all you need in life, is a little place for your stuff.” That quote is taken from a George Carlin bit called Stuff and it looks a lot like the new Strangely Alright album cover. Strangely Alright’s latest release also called Stuff is all about the type of mindless consumerism Carlin was harking on. The band describes the album as “Six songs about love, working together, setting boundaries, the digital age and the change that’s coming.” A band on a mission, very few artists are able nor willing to blend mindful philosophy with catchy pop hooks and Strangely Alright’s latest album is a daring and conscious look at modern society at large.

Opening with a track that acts as the album’s antithesis(and title), Strangely Alright lays everything out in the open regarding their mission statement of “love, working together and setting boundaries.” The lyrics to “Stuff” showcase frontman Regan Lane’s successful songwriting as the singer has penned many a tune for such notable media outlets as VH1, NBC, A&E and a number of regional programs. But unlike the shows Lane has written for, he offers a different mentality altogether. “A new guitar and a fancy car, a shiny suit and a big tall blond. All of the things that will make me feel like I am someone that’s not me.” Furthermore, Lane notes “without the love I can share, it’s all just stuff.”

“Building Bridges” begins with a chipmunked sample of none other than former president John F. Kennedy. The song quickly eschews 35 for chugging guitar riffs and a driving beat that almost sounds menacing. The song again displays Lane’s talent for using catchy and simplistic hooks in a meaningful way. A chorus of “na, na, na, naaa’s” fill in between the “building bridges” hook as if to counteract the idea of trying to mend any sort of change. The song seems to bring to mind current political factions and the need to alienate America from the rest of the world and remain a superpower, rather than work together as one. Lane continues to instruct that “mama always said to treat people right.” A reminder that the way things are going is not the proper way to build any bridges.

“Wave Goodbye” is by far the funkiest and most out there song on the album. It seems perfectly placed between two power pop songs to break up the catchy and anthemic pulse with a groove and energy all on its own. The band also seems to do a good job of giving each band member the spotlight and this spot is one for bass player Ken Schaff to shine with the bass acting more as a hook than a rhythmic accompaniment.

From the poppy synth beat of “Wave Goodbye”’s bridge to the majority of the album’s power pop formula, there’s a little bit for everyone to enjoy and relate to on Stuff. The songs themselves have a classic rock feel with most of them clocking in around five and a half minutes, a lost touch with a lot of today’s ADHD riddled short pop songs. The lyrics however add a modern and open-minded flair, bridging together classic rock nuances with timely and progressive thinking.

(Check out ‘Stuff’ below via Bandcamp get more info about the band at strangelyalright.com.)