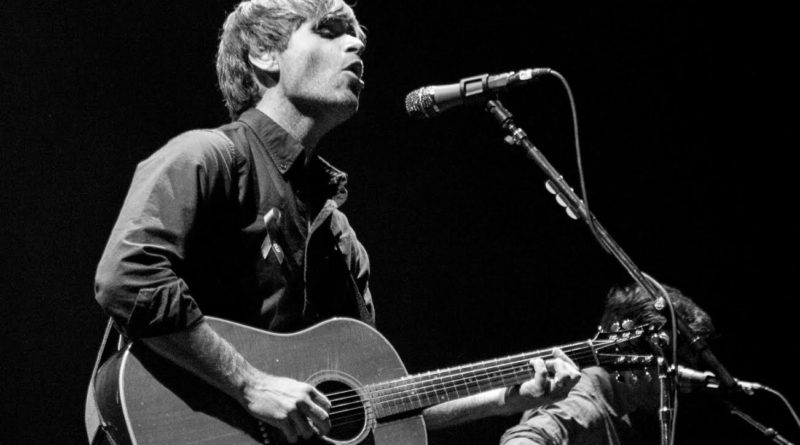 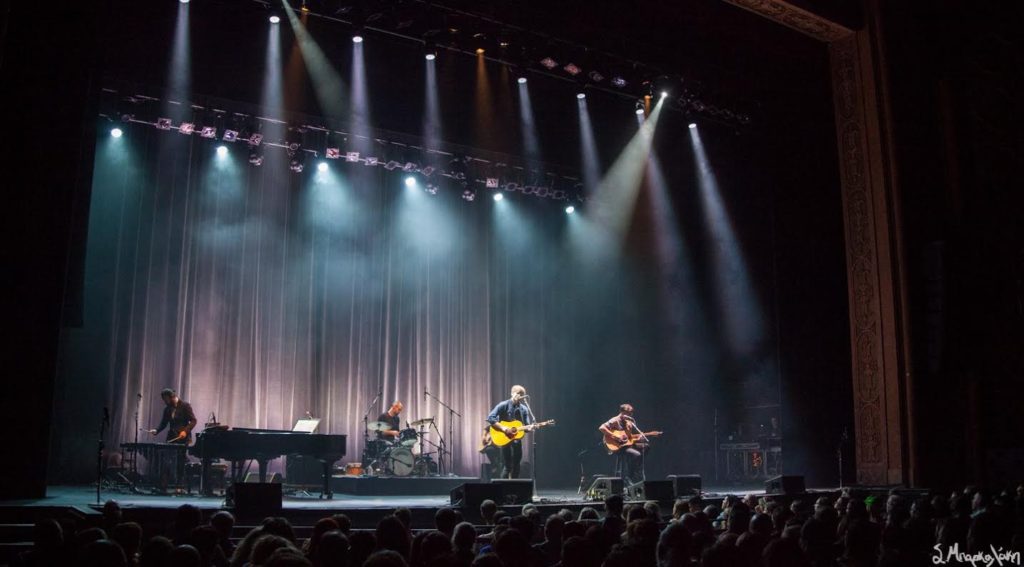 Friday night was a special night at the Paramount as a few amazing artists were playing an acoustic benefit show to support ACLU and Planned Parenthood.  Sera Cahoone, The Decemberists, and Death Cab For Cutie joined forces in order to stand together for a couple of organizations that became even more important after the presidential election back in November.  The sold out show was a seated GA event with a stripped-down  stage setup providing a relaxed mood to enjoy some of the artists favorite tunes.

The Decemberists came onto the stage shortly after the switchover from the wonderful Cahoone.  Lead singer Colin Meloy played his guitar and stood under minimal lights performing their songs.  The night began with “Oceanside,” and “Make You Better” as the five piece band filled the room with their music.  Meloy shared that Gibbard texted him shortly after the election and asked him what they were going to do about it.  This show was one of the things they decided from that conversation. 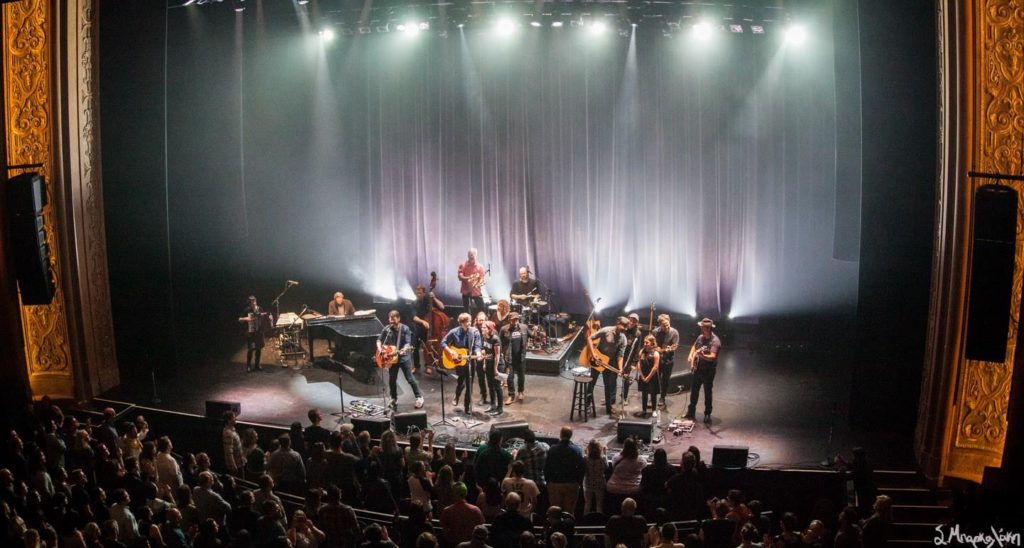 Meloy also emphasized the importance of standing together and always making the effort to show up and support what matters. He also mentioned the unfortunately stabbing incident that happened in Portland that had two men losing their lives in order to stand up to a man harassing women passengers.  Someone in the crowd yelled “Heroes” and he dedicated “12/17/12” to them.  They closed out with “Sons & Daughters,” as the audience slowly stood up and clapped along.  It felt that the whole room was united when the chorus came around as everyone sang “Here are the bombs that fade away,” making it one of the highlights of the night.

It was time for Death Cab to take the stage and they all stepped in front of the curtain smiling at the adoring fans that were clapping in excitement.  The night began with “Photobooth” and Gibbard wasted no time to stop and dedicate their set to all the men and women that donate their time and energy to the organizations. He continued with “Little Wanderer,” and he briefly stopped before “405” to share that even though they can pretend it’s about many cities down the coast, it is really about us here in Seattle. 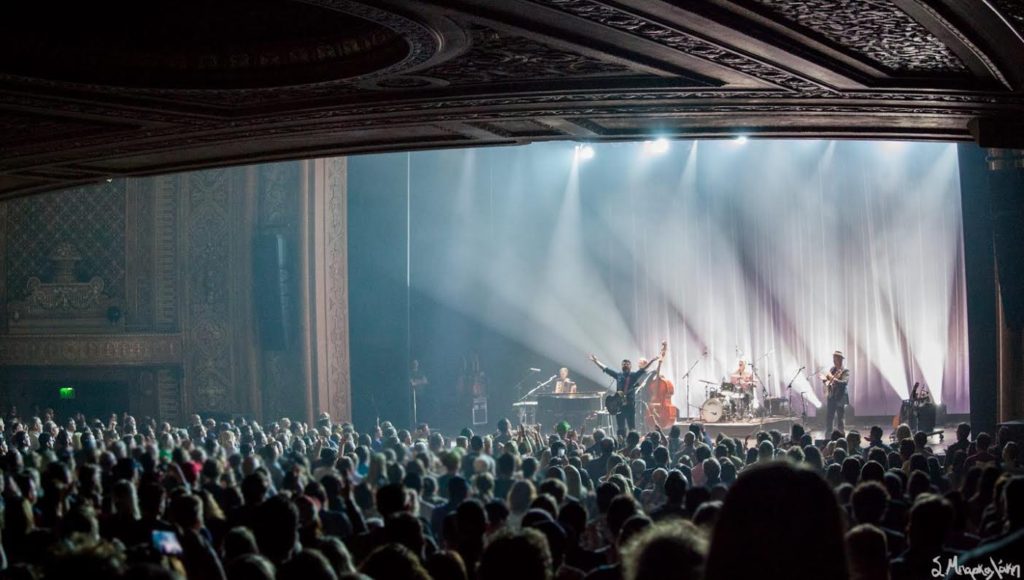 Halfway through the set Gibbard was left alone with the pianist to perform amazing versions of  “Passenger Seat,” and “Black Sun,” which echoed through the venue.  He was standing in the middle of the stage under one spotlight that somehow focused on each beautiful lyric that he uttered. 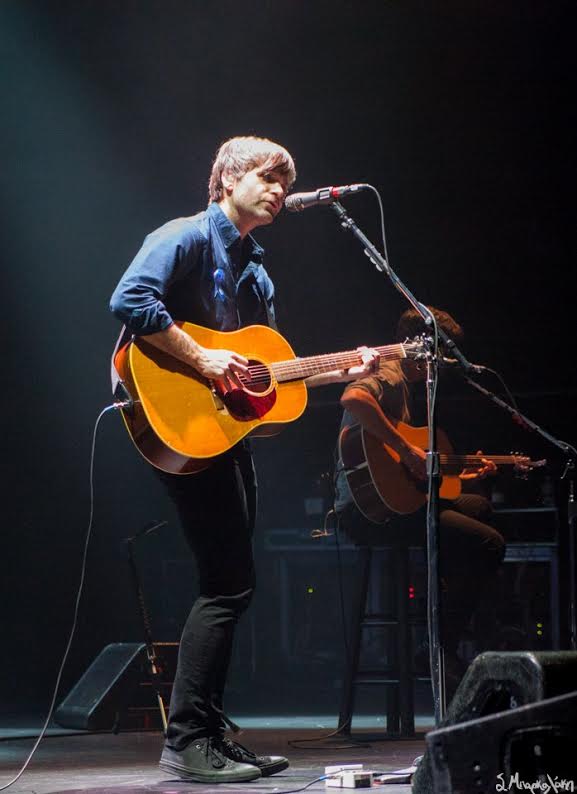 Somehow the night became even more emotional as the rest of the band took the stage again and he spoke about the loss of Chris Cornell and how they still can’t believe it’s true. They went on to cover Soundgarden‘s “Fell On Black Days,” as a tribute and the acoustic version was absolutely magical.  You wouldn’t really think their voices would be a great match but Gibbard captured every little speck of sentiment to make it his own.

The fans were also lucky to hear the band play “Talking Bird” live for the first time ever that night. The northwest band who started off in Bellingham finished with “Cath…” and “Soul Meets Body,” songs that just seem to stand through time so strong.

Gibbard returned for the encore, solo with his guitar and played “I Will Follow You Into The Dark,” as everyone stood up, singing along to one of the band’s favorite tunes. 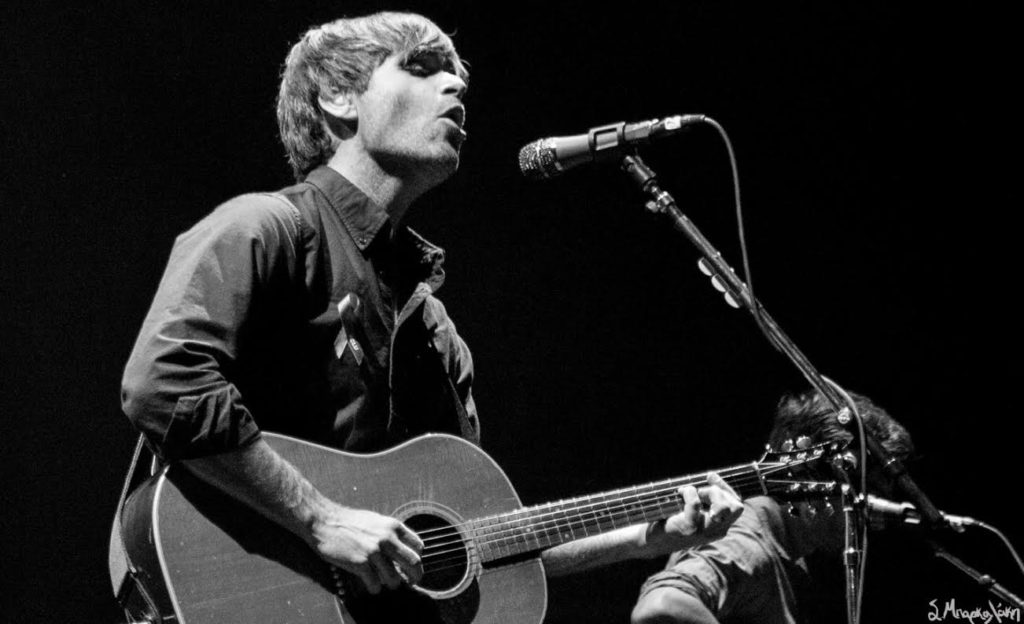 After that the rest of the band joined as well as The Decemberists and Sera Cahoone to close the night with “This Land Is Your Land,” relaying the message we were all there to support.  It was great to see all of them on stage filling the space with their voices and music for this important cause.  We all need to stand together and the more we do our voices get heard and maybe just maybe a little less injustice will exist in our world.