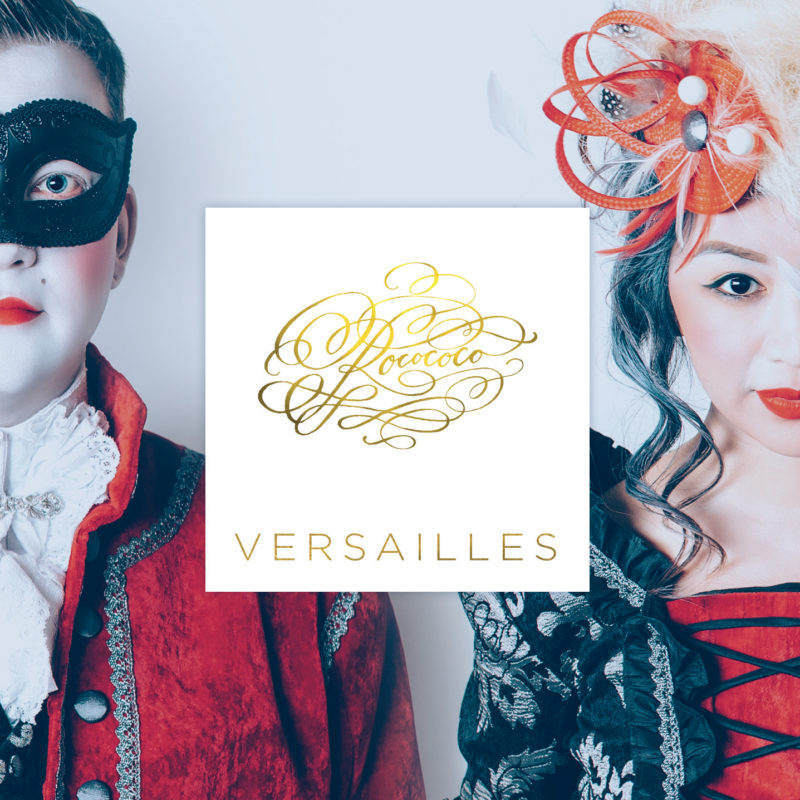 On the surface, the idea of a chiptune and baroque fusion band may sound like quirk just for the sake of quirk, like dipping French fries in marshmallow creme or performing mariachi covers of metal music. But right as Versailles begins and the epic, intense “Let Them Eat Synth” blares at you with its multi-layered bitcrushed Game Boy synths and massive 4/4 beat, it’s difficult not to be taken aback by the intricacies and subtleties in Rocococo‘s dense, colorful composition.

The electronic music two-piece (consisting of producer-composer-keyboardists Denise and Kasson) certainly pushes a unique and complex image, which calls back to late 1700s fashion in the baroque era, presumably to nail the point home of their status as a baroque crossover act. If Rocococo could be considered a baroque music act, it’s very clear they take this influence and mix it into their distinctly synth- and programming-driven sound in a natural and tasteful way. An artist that’s equal parts 18th century and late 20th century, Denise and Kasson use modern technology to create a postmodernist electronic sound all their own.

Where Versailles shines the brightest is in its consistently sharp composition and production. It’s no wonder that one half of this duo is also behind the veteran adventurous electronic outfit Symbion Project. The artistry on this LP clearly came from two very seasoned musicians who didn’t just learn how to program music a year ago. The compositions Rocococo brings to the table are melodic, they’re multi-faceted, and they leave a lot to pick up on when listening through the album more than once. Songs like “Style Galante” and the title track work in multiple phases, while more simplistic tracks like “Giguebyte” and “Dauphin” stand up on their excellent melodic structures and beats. Even people not typically into synthesizer-driven electronic music and chiptune sound palettes may be impressed by Rocococo.

Versailles is an impressive debut effort for this duo – its sound is radiant and varied, its arrangements are carefully crafted, and it has enough diversity to keep things engaging throughout its ten tracks. Rocococo needs to be on your radar.

(Versailles will be available for purchase and streaming via Symbion Project’s Bandcamp page when the LP drops on January 28th. In the meantime, you can stream “Let Them Eat Synth” below.)