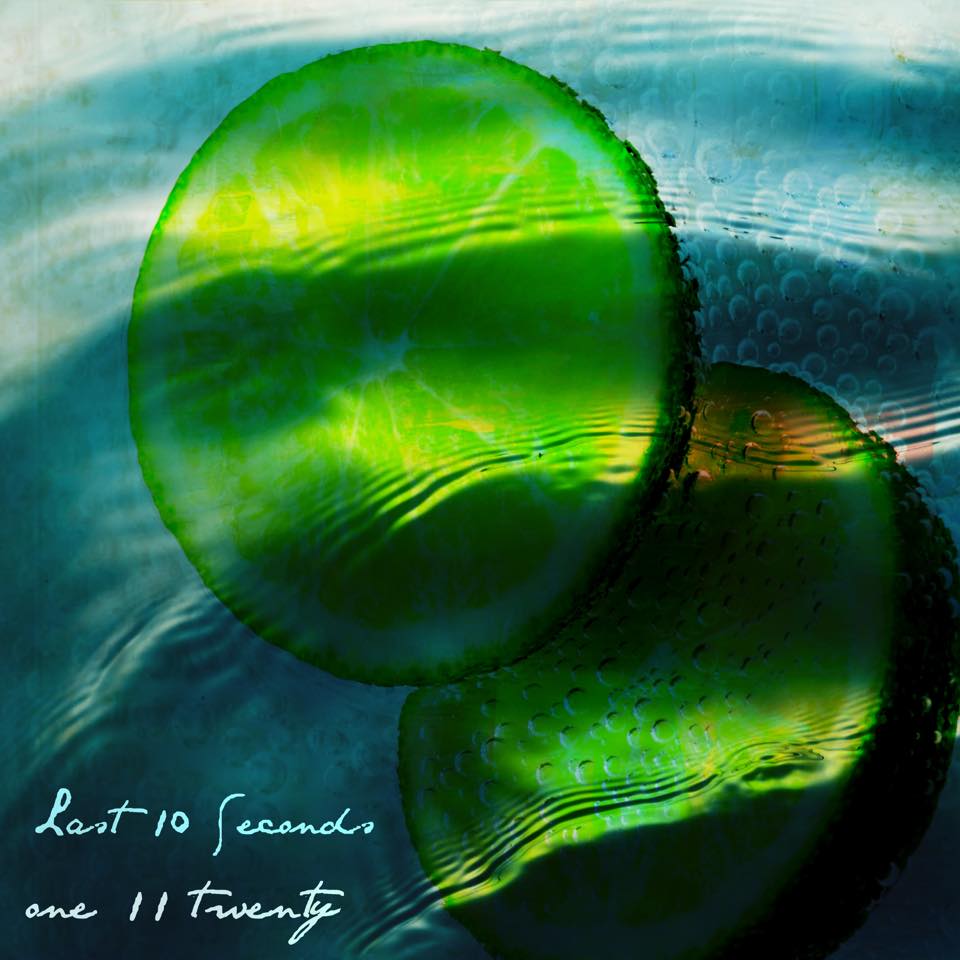 For only being a band “official” for a little over a year, One11Twenty encompasses and presents an array of different sounds and genres on their latest EP, Last 10 Seconds. The EP introduces five new tracks, ranging from indie pop to folktronica sounds. While drummer Mitch Mueller and multi-instrumentalist Kyle Delfatti provide the rhythms and instrumentation on the album, vocalist Tim Jordan paves the way through his poetic lyricism and genuine melodies.

Album opener and title track “Last 10 Seconds” introduces their signature indie pop, sound graced with electronic elements. Its an easy listen, and introduces the minimalism and simplicity that comprises much of the album right off the bat. It’s straightforward, free of clutter, and clean-cut. On top of it all, it presents a story: a situation, two lovers who suffer from the universal ordeal of miscommunication and complication. It’s a solid track, and a good way to kick-start the EP.

“Two Summers” follows, and instantly seems to be one of the strongest tracks on the album. Vocalist Tim Jordan’s vocals are reminiscent of and bear elements of other frontmen such as Stephan Jenkins of Third Eye Blind, Joe Newman of alt-J, and Adam Levine of Maroon 5. This synthpop tune starts off with the ironic phrase “I don’t want to write a song about missing you,” which makes you wonder whether or not the song is literally based around that concept. However, with the chorus hook “They say don’t fall in love with your best friend// It’s not worth the pain when it ends, that depends,” it reveals that it may be more than just symptoms of denial.

The story from the first song continues revealing that in this one, the couple from the previous song were once friends, and that in their pursuit towards unanimous bliss, they have lost a complete and wholesome relationship. Surely, this is once again a universal concept, for two people to start as friends and slowly become more than that. They could become potential and longtime lovers, or suffer the unfortunate fate of a complete collapse in their relationship, which is truly an awkward and complicated situation from there on. This isn’t entirely what the song is about, and is more of a mere interpretation. However, it’s in our nature to speculate and divulge what’s been presented to us through any story. A good song will offer that to you; the gift of imagination within an ongoing story.

“The Luckiest Man Alive” deviates from the indietronica sounds that band has introduced so far, leaving the synthetic elements while incorporating harmonica and folk elements. It’s another song surely to reach out to others, proposing that in a way “The Luckiest Man Alive” is in fact maybe just like everyone else. They’re just another person who’s been and continues to go through the many obstacles and feats of the world. One who’s been through great and tough breakups and relationships, endured both good and hard times. One who “grew old and had a child.” It’s nice to think that we could fit the idea of being the “luckiest man alive.”

“The Fiddler” returns to hark the band’s returning indie-electronic elements. With a poppy chorus colored by Delfatti’s guitar lines, the song stays true to the band’s style. It is also presents an easy listen through, balanced with appropriate instrumental breaks and catchy phrasings. However, the tone of the album soon transitions to a state of intimacy and melancholy; as the album paves the way for album closer “Let Me Sleep/Starving.”

Each song on the album is worthy of being labelled “indie pop,” and has hinted at messages revolving around the complexity and delicacy of relationships in many forms. It’s only natural that one would come across a slower track, one that presents an atmosphere to the somber and pensive dimension in which album closer “Let Me Sleep/Starving” resides in. The piano progression is immediately indicative of the “mood” of the song, and slowly sucks you in along with the accompaniment of Tim Jordan’s vocals.

However, towards the end of the track, you’re snapped out of this trance when Jordan begins to fumble at the mic with his concentration broken. The song suddenly gives way to an “inside the scenes” perspective as we’re given insight into a typical day in the recording studio for the band. The contrast between the emotive intensity of the song and performance and the jovial chide between him and the engineer/band that concludes the song is incredible. It shows both the professional side of the band, and the “unprofessional” side. It shows that the band are just like everyday people.

It’s intriguing because, through their music, you are provided with a representation of what the group wants you to see. Through their selected songs, you begin to see them through their music, rather than as people, in a sense. To return to “reality” while listening to a song is something you rarely see; to hear the band speaking/laughing in a studio recording is uncommon. Intentional or not, this kind of stuff rarely makes its way onto an album. In this case, we have the introduction of the somber piano progression that continues throughout the whole track, abruptly interrupted by Jordan’s faultering and laughter that cuts through the track like a knife. The transition of an emotive and a melancholy track, to a cheery, and lighthearted ending is an interesting way to present a song, and conclude an album.

It’s like watching a movie take, and then transitioning to the bloopers of that scene in one take. Being entrained into the severity of the scene, and then cutting into a comical scene without an indication or proper transition. It catches you off guard. It promotes an idea/concept, it provides speculation to a potential and universal theme/message of the album.

Just try not to take album titles too seriously, like me.

(Last 10 Seconds is available for purchase digitally via iTunes. Stream the track “Two Summers” below via SoundCloud.)