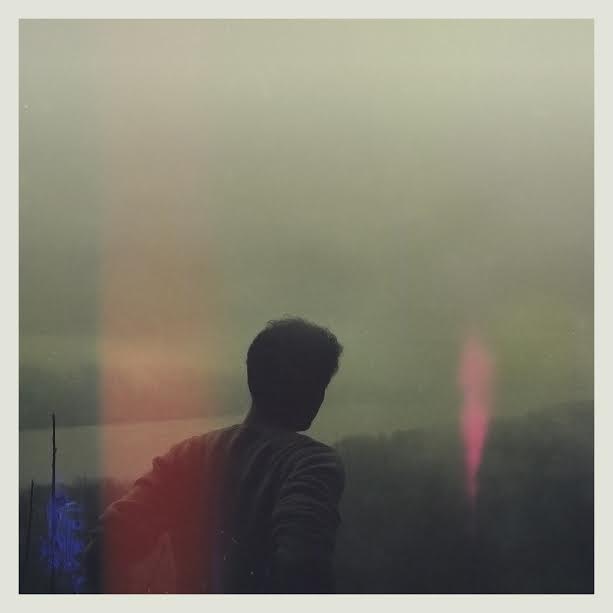 Let me start off by getting your attention. There. In his sophomore release (though, debut under his own name) Noah Kite does not need to rely on such gimmicks. From the first measures of his eponymous album he draws in the listener with masterful orchestration overlaying his acoustic fingerpicking. Kite allies himself with Matt Thomson at various studios in Portland to produce, arrange, and mix the album. Noah Kite was mastered by Gus Elg at Sky Onion.

The opening track “In the Flesh” (complete with a chair squeak played expertly by Kite) is a sparsely told story of love slowly dissolved by distance and time. Distance over time–the measure of velocity–sends us careening uncontrollably away from one another in diverging paths to separate nowheres. The second stanza wonders “if I trade a sense of adventure for feeling safe how do I know you will not go away” as Kite powerfully expands and contracts his voluminous voice while the strings expand the sound into visions of wide and wild landscapes. It’s the classic doomed romance. That which draws the lover is also what causes the anguish. How can one change for another without losing that vital part of oneself they fell in love with in the first place? The unsatisfying answer Kite “cannot help but second guess” is the physical present. “Trust in the Flesh” is the refrain; a play on the here and now sense of “in the flesh” and also the physical expressions of love we hide behind when the questions become too hard to answer, the emotional distance too far to span.

He follows this track with the most lyrically complex song “Gold Dot.” Taking the title, it extends tendrils of parallel metaphors beginning with that of a dot being an abortive seed, which, despite ample preparation (“a head sown with worries and a brow furrowed”) “never leave[s] never grow[s].” The dot then morphs into “one of three gilded ellipses” made up by “a pair of freckles…like two burn marks from a Virginia Slim set close together kinda like a colon” the final punctuation of “Gold Dot” is (fittingly) a period–a fullstop to the damaged relationship it describes. The track ultimately brings the listener from hope (seed), uncertainty (ellipses & colon), to acceptance of an end all the while being mirrored by quiet but driving drums tapping like a typewriter.

The fourth track, “By the Hand” is perhaps the album’s most catchy and describes a meeting scene between two people. The banality of such encounters is acknowledge and discarded as Kite delves into the dynamics of the search for love. “By the Hand” is (appropriately) a fast paced reel that careens along in drunken spins. During a poignant interlude he says “in the sun her body disappears the closer you get the more of it becomes a mirror” communicating a rather Lacanian pessimism regarding the inherent narcissism in romance. “The Cartel’s Prophecy” flashes forward into the decay of a romance that may have begun just so. Complete with an exasperated half conversation spoken in an interlude, Kite elucidates the gradual breakdown in communication as two people change in diverging directions.

“Lucifern” is the closest Kite gets to an all out rocker and it delivers. The track starts out as a spare and empty room filled as time goes on. Kite’s voice is first backgrounded by a simply strummed guitar, then the cello unassumingly enters. “Lucifern” is a love song. The repeated image of “cigarette burns” hearkens back to “Gold Dot” in a way that makes one suspect there is some personal connection with Kite’s past. The line “when I look at you, I feel so small. Almost like nothing at all” explores the notion of being lost in another–when love becomes worship–even of a flawed individual with a penchant for self harm. The song culminates in a driving electric guitar falling off into the refrain.

Noah Kite is an impressive, emotional album that improves with each listen from a very high starting point. The lyrics are as intricate as the instrumentation and Kite’s baritone is riveting. His voice is somewhat reminiscent of fellow Portland musician Josh Garrells (albeit without the Christian mysticism). Fans of Owen Pallet and chamber pop in general will be enamored with the album.

(You can sample “Charlie Weakly” from the album below via Youtube, and get more info about Noah Kite at his website HERE .)